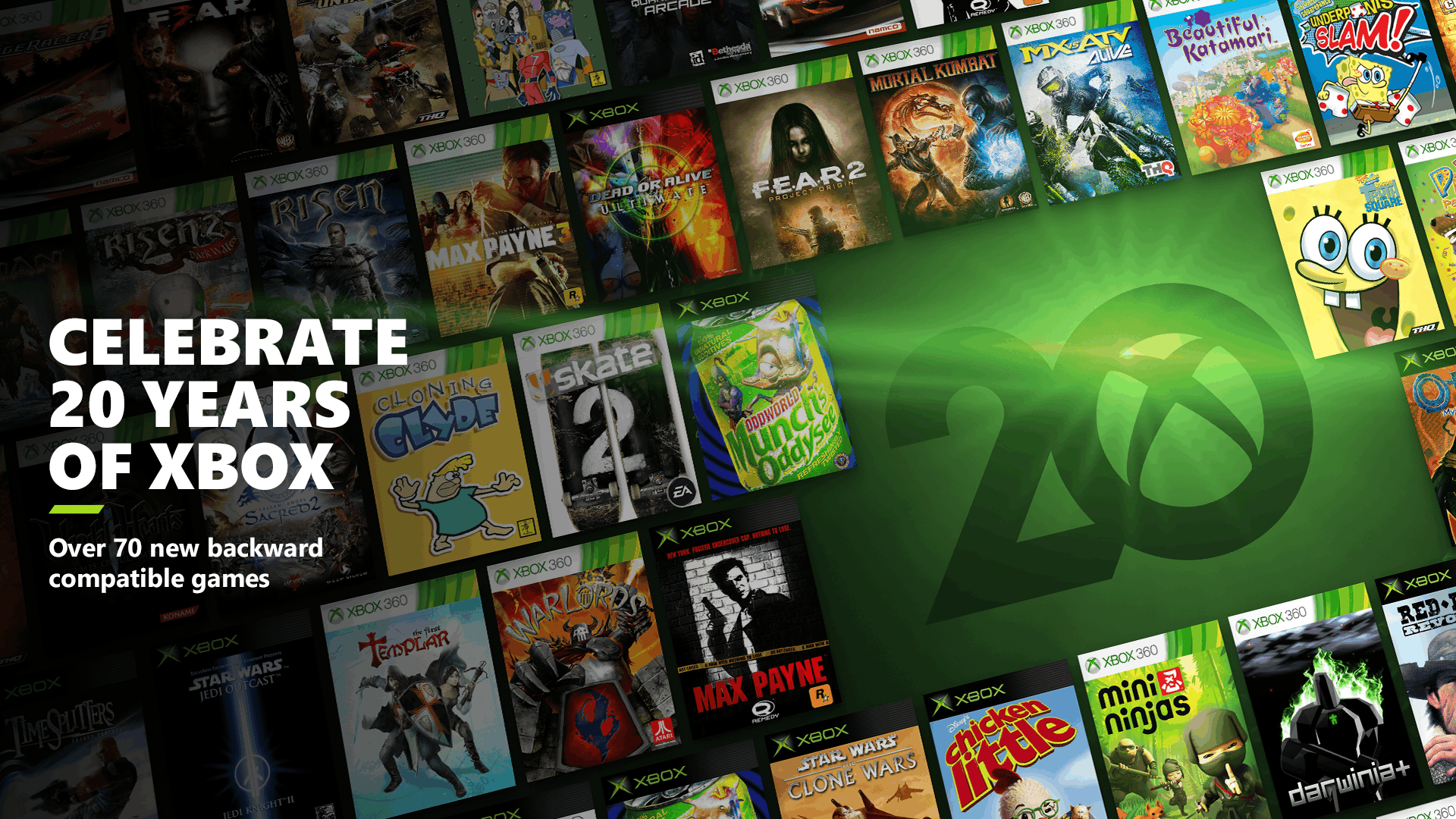 In celebration of the Xbox’s 20th anniversary, a glut of new games are being added to the Xbox backwards compatible list.

If you’ve been keeping tabs on the news, you may have heard rumblings that an update was coming – random games have been popping up on the Xbox store over the past few days, all of which were previously unavailable.

The entire Max Payne series and the F.E.A.R. franchise are now playable on Xbox One and Xbox Series, while the addition of Skate 2 makes EA’s trilogy complete. A bunch of OG Xbox Star Wars games are incoming too, along with the much-requested TimeSplitters 2 and Future Perfect.

A few games we didn’t expect to see, due to licensing issues, have also made the cut including 50 Cent Blood on the Sand, and two SpongeBob adventures.

We’re quite looking forward to blasting through SEGA’s underrated shooter Binary Domain again. It’s one of 11 games that’ll see a framerate boost, along with F.E.A.R., F.E.A.R. 3, and NIER.

Grab your glasses and take a look at the image below for the full list of new additions.

There’s a very good chance some of the above will make Games with Gold appearances in the future – Konami, Disney/Lucasarts and THQ Nordic often supply titles for subscribers.