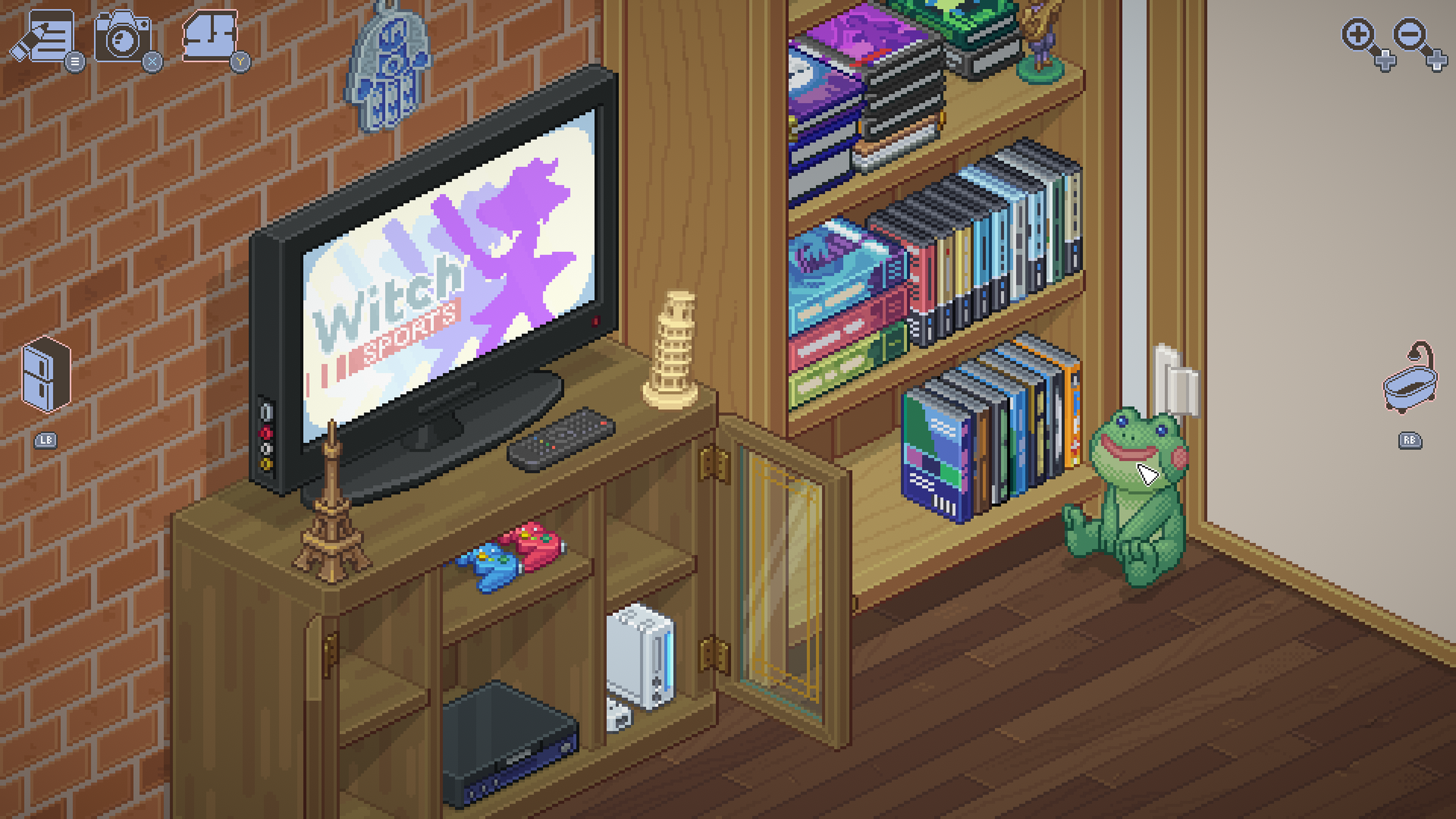 She’s an inspiring artist with a soft spot for Nintendo. He’s an Xbox owner who follows fashion. Her brightly coloured controllers clash with the colour scheme picked for his living room décor, mostly comprising of varying shades of grey. This clash of colour continues in his bathroom, with her haircare, female hygiene and skin products turning his granite-hued place of solitude into a rainbow of vibrantly coloured containers. His living room walls are so heavily filled with modern art that there’s no room for her university diploma. It’s a relationship that’ll never work. And it doesn’t.займ онлайн без отказа круглосуточно

All of the above comes not from spoken dialogue but rather forms a part of a wordless story. As you set about unboxing an unnamed woman’s possessions, putting everything into its correct place, a story unfolds. A character profile emerges first, with her taste in clothing and choice of bedroom posters allowing for a rough estimation of her age. Her hobbies soon follow, along with her passions and ambitions. As she moves from one property to the next, with the story spanning over 20 years, certain key items make reappearances. Others are left in the past. Some even accumulate wear.

There’s a dollop of nostalgia present too, with technology improving during this voyage into adulthood. Farewell Walkman, hello iPod.

Unpacking is the epitome of a zen-like experience; you grab items blindly from boxes, and then find the ideal place, whether it’s tucked inside a cupboard or proudly put on display. Socks go in a bedroom draw, always; the fridge can be decorated with magnets as you see fit. Once everything is unpacked, with most stages featuring 3-4 rooms, items placed incorrectly are highlighted in red. It’s then a case of thinking logically – where does air freshener belong, exactly? This does sadly lead to some trial and error, and it also doesn’t help that a few items are hard to define. We initially mistook a pack of sponges as a block of butter, for instance.

A very slight puzzle game slant is present, as occasionally you may have to reassess how previously placed items have been arranged before temporarily relocating and starting again.

It’s the polished presentation that makes Unpacking the compelling experience it is. The music is relaxing, and the sound effects are a delight – each item reacts differently depending on the surfaces it’s placed. The pixel art is tidy and consistent, and every item can be rotated. Despite being formed of just a few pixels, you may even recognise part of the protagonist’s game and movie collection. These small details will almost certainly make you grin. The same can be said for the list of achievements to work through – including one for placing an electrical item in a bathtub. Each achievement unlocks a sticker, which can then be used to create postcard-style snapshots.

If you’ve ever had the misfortune of moving house, or perhaps moved in with somebody only to find there’s little room for your own belongings, it will more than likely feel a lot more personal than you could ever imagine. Unique, relaxing, and oddly relatable – Unpacking is all of these things. The £17.99 price tag means it’s a little out of that all-important impulse price point, but there’s still no denying that somebody has put their heart and soul into this project.

Unpacking is out now on Xbox One, Xbox Series, Switch and PC.