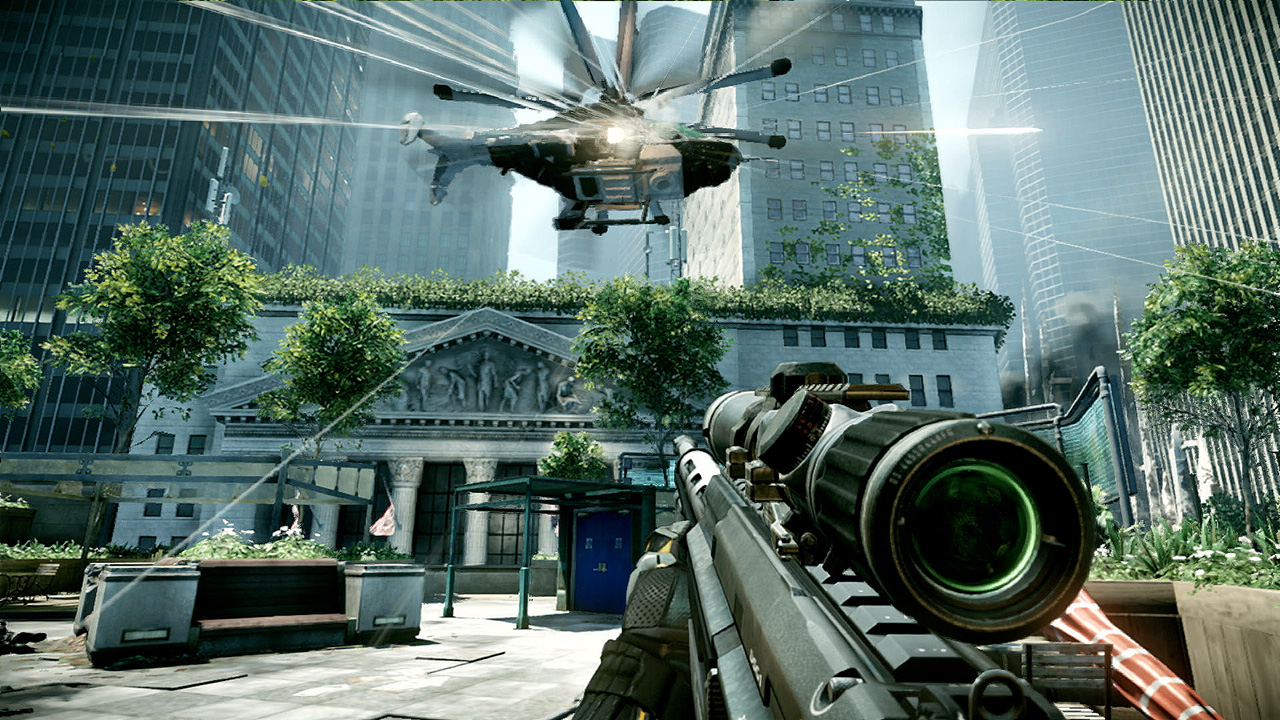 You’ve doubtlessly heard the saying “Can it run Crysis?” The sci-fi shooter is famously demanding, with even some modern machines struggling to match its CPU demands. It’s a minor miracle, then, that conversion handlers Saber Interactive have managed to bring all three Crysis games to Switch. It’s an even bigger miracle that they’ve brought these games over in a way that makes them a joy to play, and a perfect fit for the system, with gyro aiming helping to make the controls work effortlessly.подать заявку на займ на карту срочно

This £44.99 package contains the campaign modes of all three Crysis games (multiplayer modes have been stripped out) and an interesting rundown through the history of the franchise. What stood out to us whilst playing these games is how varied they are, how they differ from each other in significant ways, and how it’s possible to see how the franchise evolved during an FPS heavy market.

Let’s start with the original. For a game whose reputation is hinged almost entirely on its technical prowess, it is nice to revisit it and discover the fun playground underneath. You play as a Nanosuit enhanced soldier, running and shooting your way through a tropical island, while investigating why the North Koreans are there.

The island location is alluring. The beaches and bright, blue skies make a marked contrast to most shooters, which put you in drab corridors or boggy fields. There’s also a lot of room to wander off the path, explore and tackle objectives in your own way. Experimentation and thinking on your feet are the order of the day.

That the Switch manages to replicate such open vistas at a pretty solid 30 frames per second is genuinely impressive, even if some of the openness and freedom can cause odd bugs with enemies and objects sometimes acting in weird ways.

The Nanosuit never really comes together, though. It allows you to do a boosted jump, but the game never really uses this for interesting traversal. You can use binoculars to highlight and tag enemies, but it’s never really that useful to do so. And you can cloak, which suggests that the game wants you to use more stealth than the game design allows for, with enemies whose abilities to see and hear you seem rather arbitrary.

Still, the game is an enjoyable sandbox, and battling through it is still a joy.

What’s interesting, though, is how completely different Crysis 2 is. While Crysis revelled in freedom, Crysis 2 is essentially a series of very pretty corridors. What is even more surprising, is that Crysis 2 was the game in this collection I enjoyed the most.

It’s interesting to see the clear effect that successes like Call of Duty had on the franchise. Out went the planning and openness, replaced with cinematic set-pieces. In place of pushing the PC to its limits, Crysis 2 deploys a huge arsenal of tricks that made the consoles it ran on at the time look like they were doing more than they were. Hell, you appear to die in the intro. It doesn’t get more Call of Duty than that.

But all this results in a game that is simply incredibly smooth to play. Everything is cleaned up for the nicest possible experience. Areas to use your powers are signposted, and the energy system of your suit is clearer. You get pushed from scene to scene, and it’s easy to get lost in the sheer momentum of what is happening on the screen. Gunplay feels satisfying and solid, even if enemy AI still leaves a lot to be desired. Some might feel like Crysis 2 is dumbed down. Maybe we’d agree. But it’s the kind of dumb fun that feels great.

It helps that Crysis 2 looks amazing. It absolutely sings. In fact, we’d say this is one of the best-looking games on Switch, especially in portable mode, where everything is sharp, crisp and clear. I’m not usually one to lust over graphics, but the lighting here is a step up over anything I’ve seen done on the system. I really don’t think there is a more impressive port on Nintendo’s dinky little machine. It made us want to order an OLED Switch.

Without spoiling too much, the storyline within the Crysis trilogy is absolute bobbins. But Crysis 2 ends definitively. This wouldn’t be a problem if Crysis 3 didn’t decide to set itself up as such a story-led game. You spend a decent chunk of it following your friend Psycho, listening to him grunt exposition, whilst never once mentioning that time that scored a penalty against Spain in the 1996 European Championships.

There is a greater emphasis on stealth, with a crossbow giving you even more options for sneaking around. There’s also a new hacking mini-game that’s used constantly. We used our scientifically accurate fun meter on that system, though, and the dial turned to the red section and started bleeping. Not a good sign.

If you like shooting stuff – and who doesn’t – there’s so much here to enjoy. And the variety of experiences on offer mean that getting the trilogy pack makes a whole lot of sense. Don’t assume that if you’ve played one of these games, you’ve played them all. It’s just a shame we’re missing out on some multiplier carnage.

These are three beautifully crafted games, brought over to the Switch in an incredibly caring fashion. If you’ve not played them before, experiencing them on the Switch, with gyro aiming and the option to play portably is a great way. We’d say the games are perfectly (nano)suited to the platform.

Crysis Remastered Trilogy is out now on Switch for £44.99. All three games are also available separately.