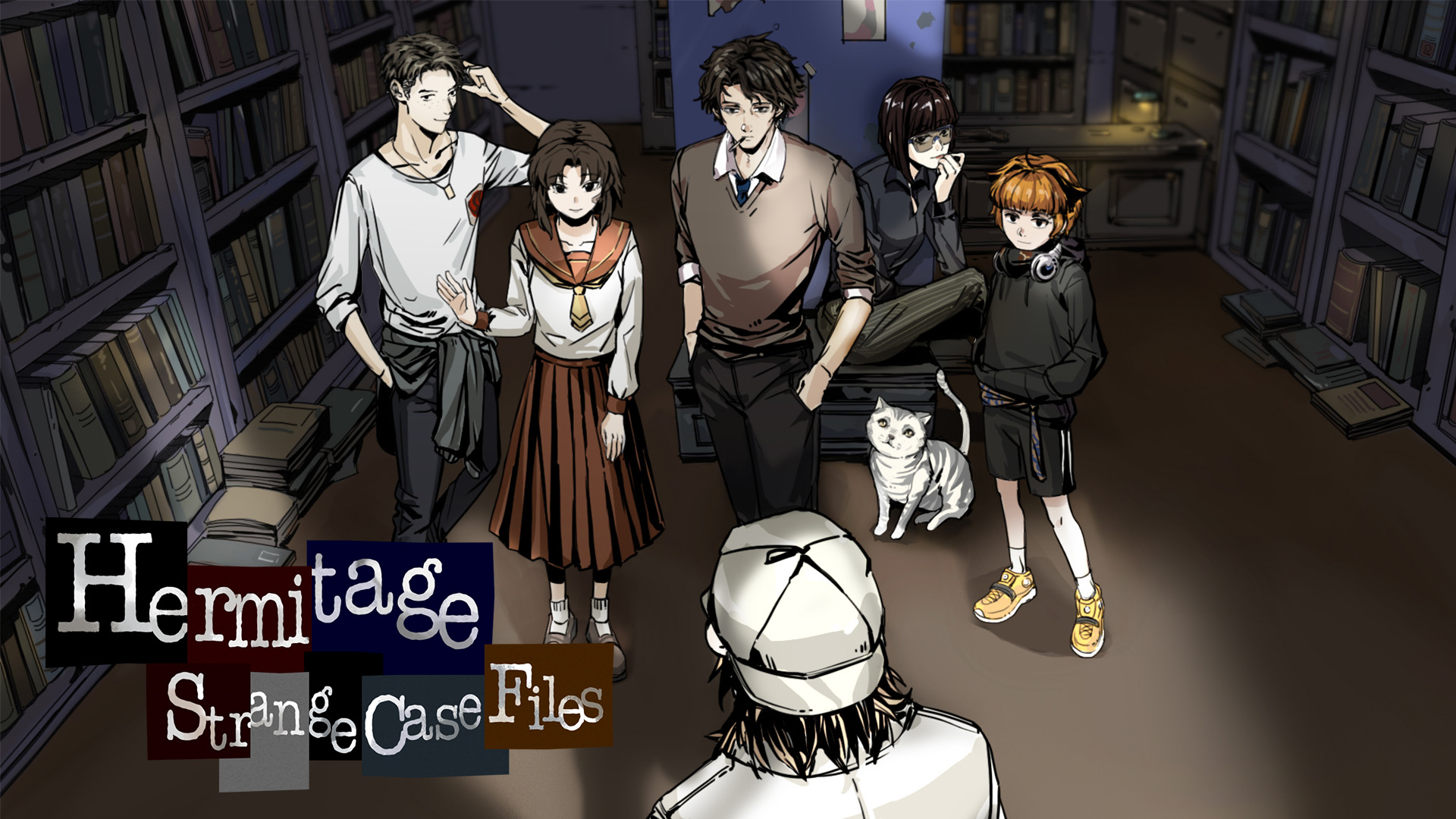 The protagonist of this investigation-based visual novel is unassuming at first, to the point of being considerably ordinary. Over time, the recluse, unnamed, bookstore manager emerges to be the best man for the job. A chain smoker and a coffee addict, they’ve managed to amass a large range of antique Chinese books, becoming a specialist in several niche subjects. They have a pleasing appreciation for Cthulhu Mythos, too. When paranormal happenings commence at a local high school, they soon find themselves at the town’s mercy.

Their degree in psychology is a further boon, giving the chance to take in details about a person’s appearance or change in personality, all of which helps when it comes to avoiding danger and cracking cases. By talking to people, examining books, and asking the right kind of questions and range of clues are acquired, which must be used accordingly during ‘case file’ scenes. This is your chance to play detective, carefully selecting three clues – from an ever-increasing pool – that will change the course of the storyline. Punishment for failure is brutal, resulting in a ‘bad ending’ for that chapter – with six chapters featuring in total.

The game’s difficulty lies solely within these deductions. The rest of the experience comprises of text-heavy conversations held within the bookstore, which take up most of the time spent within each chapter. If you miss a vital piece of intel, then you may not be able to make the correct deduction, instantly putting you on a treacherous path where those who’ve entrusted the store manager may die. This means replaying a chapter again or reloading a save point – assuming you haven’t already gone past the opportunity to acquire the required intel.

Occasionally conversions come to a standstill, giving a chance to interact. As well as visually examining a person’s appearance, you may get the opportunity to play dumb or get straight to a point during a conversation. Deliveries of new books often provide vital information, and it’s even possible to pause for a few seconds to gather thoughts. More crucially, at night once the shop is closed, the nameless protagonist heads to their bedroom above the store, where they have access to the internet and a TV. Browsing internet forums is a highlight, with some well-observed details.

Most chapters end with a confrontation. These can be tense, giving such options as which areas to attack or whether to stay in cover. Sound effects during battle are delightfully punchy, and the musical score goes from ‘chilled lounge music’ to something far faster paced.

Considering Hermitage: Strange Case Files was originally a Chinese release, and bearing in mind the incredible amount of text, the quality of the translation is top-notch. Together with the well-drawn artwork, slick presentation, and the use of 3D backdrops – which are used so irregularly that they have the capacity to surprise – it’s clear Hermitage had a modest budget. There are some thoughtful options too, including the ability to skip text and auto-scroll, view a log of past dialogue, and remove the UI for a full-screen image.

While this may sound mighty encouraging – and the focus on paranormal investigation intriguing, eventually leading to otherworldly encounters – Hermitage: Strange Case Files is difficult to recommend to genre newcomers. The all-important, storyline altering, deductive ‘case files’ come without warning, so if you fail one of these and haven’t saved recently, you’ll likely end up replaying a chapter. I was constantly worried that the game would let me progress without essential information, putting me on the path to failure. These worries came from the fact that I had to replay the second chapter three times over, simply because I overlooked a clue found within a book you’re required to read twice – once when the book is delivered, and then later once a new lead is found.

Hermitage: Strange Case Files weaves an eerie tale, and the breakdown of bite-sized chapters adds a degree of flexibility for progressing at your own pace. There’s certainly more tact here than most visual novels with the ‘case files’ requiring a degree of thought; a feature sadly marred by possible instances of punishing trial and error.

The developers seem to have anticipated this, as it’s possible to create numerous save files. When the final chapter ended – with around 5 hours on the clock – our save file screen was a jumble of failed investigations, unavoidable bad endings, and successfully completed chapters. We even had to make a note of which files to load if things go awry. If this sounds daunting, Hermitage isn’t for you.  On the other hand, if this is how you expect to play a multi-pathed visual novel, you’ll likely find its blend of storytelling and thorough intel-gathering extremely captivating, if a tad exhausting.

Following a 2018 Chinese launch, Arrowiz’s Hermitage: Strange Case Files is out now on PC, PS4, Xbox One and Switch. Published in the west by Giiku Games.