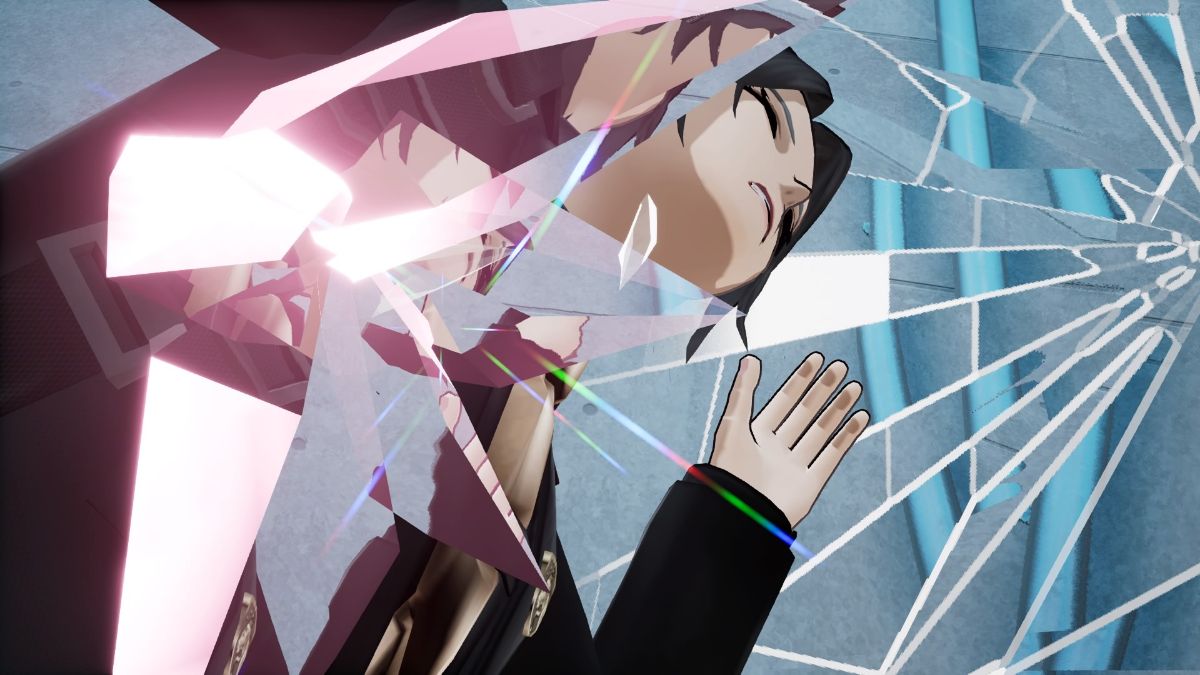 The Caligula Effect 2 is the latest RPG from Japan to see an overseas release from publisher NIS America, but its original release actually came courtesy of FuRyu. This is important, because FuRyu is one of the last publishers left still making RPGs for a shrinking Japanese market after the locally established Nintendo 3DS and PS Vita fizzled out a few years ago.займ на карту 1000 руб мгновенно круглосуточно

Unsurprisingly then, The Caligula Effect 2 is a lower budget affair that’s quite happy to keep doing its own thing, its quirkiness a sign of a game that’s content with not having to stand up to the pressure of becoming a huge global hit as in, say, Bandai Namco’s Tales of Arise.

Caligula 2 takes place in a virtual reality called Redo, a world governed by a Virtuadoll (a Vocaloid-esque virtual idol) called Regret. The twist is its inhabitants all harbour some kind of dissatisfaction about themselves in the real world, and as such have been drawn into Redo by Regret’s music – though most haven’t actually realised it.

You play as the special few able to recall who they used to be before coming to Redo. A key theme of the game revolves around each major character coming to terms with their true selves, giving them the will to band together with Virtuadoll χ in an effort to defeat Regret and return to reality.

The topics touched upon regarding each character’s regrets are wide-reaching, covering many of the frailties that come with being human. To our surprise, Caligula 2 is a refreshingly rare RPG that makes full use of the tired old bonding event sequences that have become commonplace in the genre. The only way to discover who each character used to be in the real world is via the game’s character episodes – though the story does throw some subtle clues at you along the way.

This is all topped off by a localisation that manages to be more inspired than many, even if its inconsistent quality sometimes gets in the way.

There’s attention to detail in the English script, and this extends through to the various puns that form the basis of character χ‘s (pronounced “key”) abilities having been smartly translated into English equivalents. For instance,「聞き耳」(kikimimi, the act of listening very closely) is converted into “χ-vesdropper”, while「嘘発見機」(usohakkenki, or lie detector) takes the form of “Lie χ-tector”.

And yet these flashes of brilliance are juxtaposed with several awkward pop culture references that were absent in the original Japanese script, impacting the original intent of the dialogue for the worse.

If the narrative is a standout, then, Caligula 2’s level design is similarly intriguing. Where many RPGs are content with spitting out the same identikit corridors leading to boss fights, the designers of Caligula 2 designed levels that are architecturally authentic to their locales. One particular highlight is a visit to a Planetarium-turned-art museum, which entwines abstract art exhibits with translucent mazes that surround a central spiralling staircase with a rocket ship in the middle.

If everything we’ve mentioned so far sounds too good to be true, you’d be right to suspect so. And we hadn’t even mentioned the excellent audio design yet, where each location – governed by one of Regret’s Musician cronies – is paired with its own vocalised music that reflects the character of the boss who you fight at the end.

See, while there’s a lot to like in Caligula 2, this is an RPG, and combat is one of the core pillars of the game. But the encounters scattered about each location just aren’t compelling enough to pass muster when examined under the microscope.

If we can’t fault Caligula 2’s combat for one thing it would be a lack of invention. Fights revolve around the Imaginary Chain battle system, which shows you a predictive vision of each skill before you use it. You’ll see everyone’s actions playing out in a timeline, allowing you to adjust the skill’s timing accordingly before you use it so you can best counter the enemy.

At its best, the Imaginary Chain system allows for some satisfying strategising. Successfully counter an enemy’s melee, guard, or ranged attack with the appropriate skill and they’ll go flying in mid-air, allowing you to juggle them around with some well-timed follow-up moves. One boss encounter pits you against a possessed wheelchair that zips around the field erratically every so often, a move that can only be avoided through sensible adjustments to your characters’ timings.

But cracks in the combat system start to show after the game’s first dungeon and it never really recovers afterwards. The problems are threefold: A lack of enemy variety stifles strategic possibilities, off-kilter stat balancing trivialises the difficulty, and the time-costliness of interacting with the Imaginary Chain feature is often not worth the payoff.

Because of these issues, you can rather mindlessly get through large swathes of the game’s enemy encounters by spamming the same strategies over and over, or worse still, switching auto-battle on, sidestepping the Imaginary Chain system’s intricacies entirely. Since your party’s health is restored after each encounter, why bother being careful? These observations also hold true in the game’s higher difficulty settings.

Boss encounters are no different due to broken balancing. Every boss can be felled by unleashing special character moves after depleting the boss’s risk metre and activating the χ-Jack ability – when both of these conditions are true damage dealt to enemies is drastically enhanced.

Given enemy encounters are littered across dungeons the issues with the combat are rather unfortunate. But the game’s brisker than usual running time does help mitigate the issue somewhat.

If you primarily play RPGs for the story, characters and overall atmosphere, there’s a lot to appreciate in The Caligula Effect 2. But if eking the most out of an RPG’s combat system is your main priority, you might find the inspired-but-flawed combat system too limiting to carry the entire game. Our fingers remain crossed in hope that a third game will bring everything together in a more well-rounded package.

The Caligula Effect 2 is out 22nd Oct on PS4 and Switch.