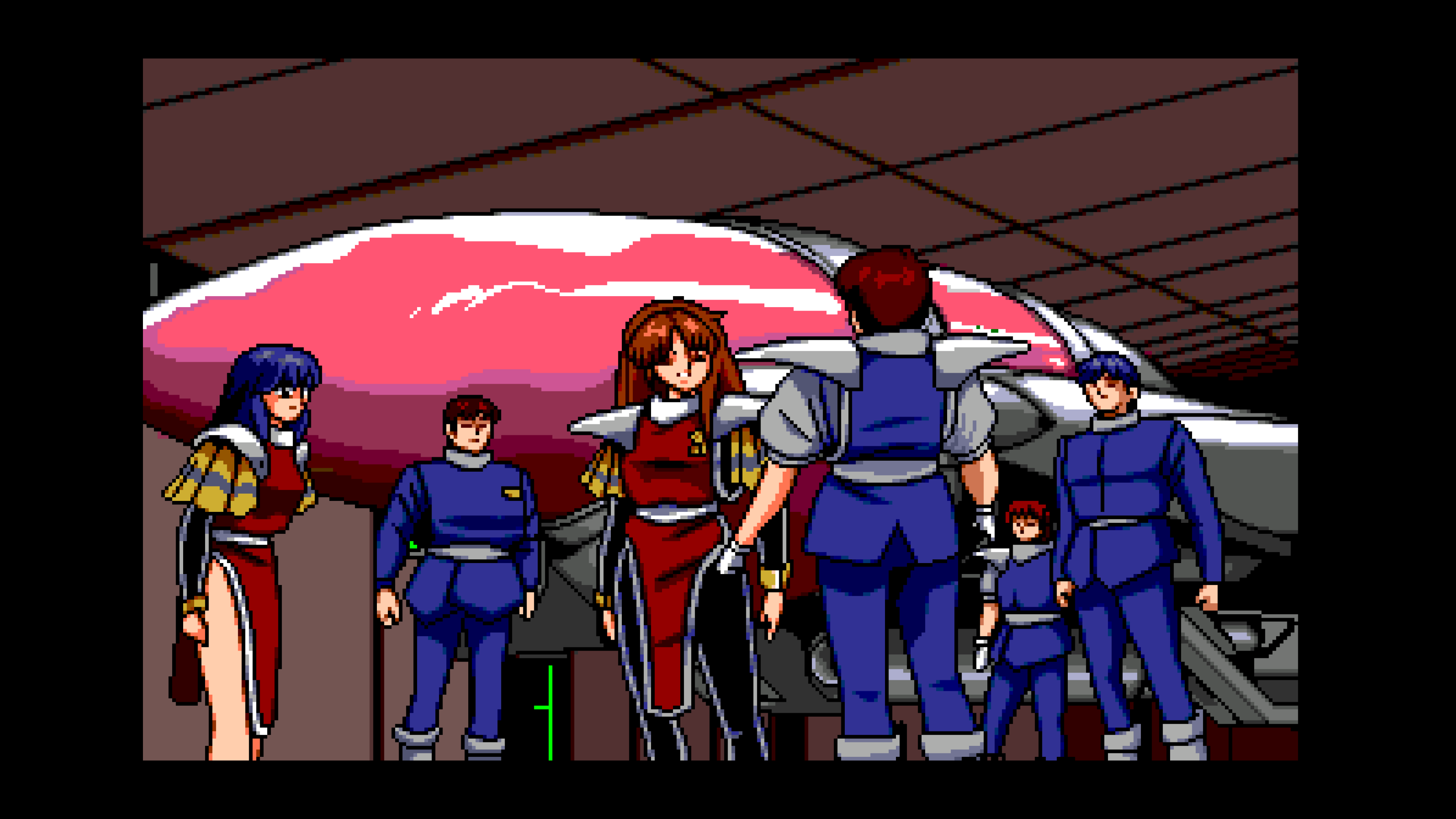 This Mega Drive horizontally scrolling space shooter harks back to 1992. It certainly resembles a Mega Drive game from that year, and we don’t necessarily mean that in a bad way. By 1992 developers were starting to push the system, learning new coding tricks in the process. It looks leagues better than earlier launch titles, but as you’d expect, it isn’t quite up to the standard of Mega Drive games come its twilight years.как выгодно взять автокредит

By 1992 standards, though, it stood out. This was largely thanks to its vibrant anime-style cut-scenes, which in this inexpensive (£5.99) re-release, have been translated.

This package comes from Shiyuden, the team behind Turrican Returns. As such, it boasts near-identical presentation and options. Screen settings include pixel-perfect, 4:3 DAR, and full screen, complete with an optional CRT shader. There’s also a choice of three modes: Modern, which we’ll detail momentarily, an authentic Vintage mode with no enhancements whatsoever, and a Cheater mode with invisibility and level warps…if you can work the secret unlock code.

Save states and the ability to rewind are as welcome as always, plus high scores are now saved too.

The modern mode has had a lot of thought put into it, improving the experience significantly. One of Gleylancer’s standout features is the ability to move two ‘Gunner’ satellites into different positions. These can now be moved freely into 16 directions via the right analogue stick, allowing for greater precision. The RB/LB buttons meanwhile are used to alter the ship’s speed, which again feels more intuitive.

Incidentally, the Gunners can also be set to auto-rotate or auto-aim. They aren’t quite the fastest guns in space, mind – even the game itself warns that the ship’s auto-aiming computer isn’t fully debugged.

As 16-bit shooters go, Gleylancer isn’t thrilling or as raucous as Thunder Force IV, and it also lacks the mastery of SNES shooters Super R-Type III and Gradius III. It does, however, offer a smooth and surprisingly varied ride. The one-hit death system is initially bothersome, but after mastering the basics, it soon transpires to be fair – enemy projectiles are highlighted with bright colours and travel slowly, giving ample time to avoid. Power-ups are dished out frequently, and the pleasingly fuzzy speech samples warn of incoming danger.

Unlike many other examples of the genre, at no point did I feel like I was being punished simply for starting the blessed thing.

The ten stages are notably different from one another, with one being partly submerged while others featuring both horizontal and vertical scrolling. The ice cave stage, meanwhile, is filled with blocks to carve a safe path through.

Bosses too are varied, varying from a grotesque blob of biomass to what appears to be a ‘zombified’ version of SEGA’s Opa Opa – although that might just be our imagination running wild. The fourth boss on easy difficulty is the exception, being a non-event – they can be defeated before even rearing their ugly head.

Replay value comes from two endings and the three difficulty modes. Achievements (and presumably Trophies) are linked only to one difficulty, sadly, which does dissuade from trying the tougher settings – after playing through easy mode, we had unlocked all 15 achievements. Easy achievements are a Ratalaika Games trademark, after all.

While not an outright genre classic, Gleylancer is a serviceable enough shooter. Unoriginality is its biggest flaw – something critics picked up on even in 1992 – but to say it won’t find an audience in 2020 is untrue. Easy mode is surprisingly accessible, while higher difficulties will test the mettle of hardened shooter fans. If you’ve crossed paths with it before, the modern touches are even enough to help see it in a new light.

I hope we see more re-releases from Shiyuden and Ratalaika, as they clearly have respect and appreciation for retro games, even if they aren’t genre high notes.

Gleylancer – also known as Greylancer – is published by Ratalaika Games. Out 15th Oct on PS4, Xbox One (tested) and Switch.