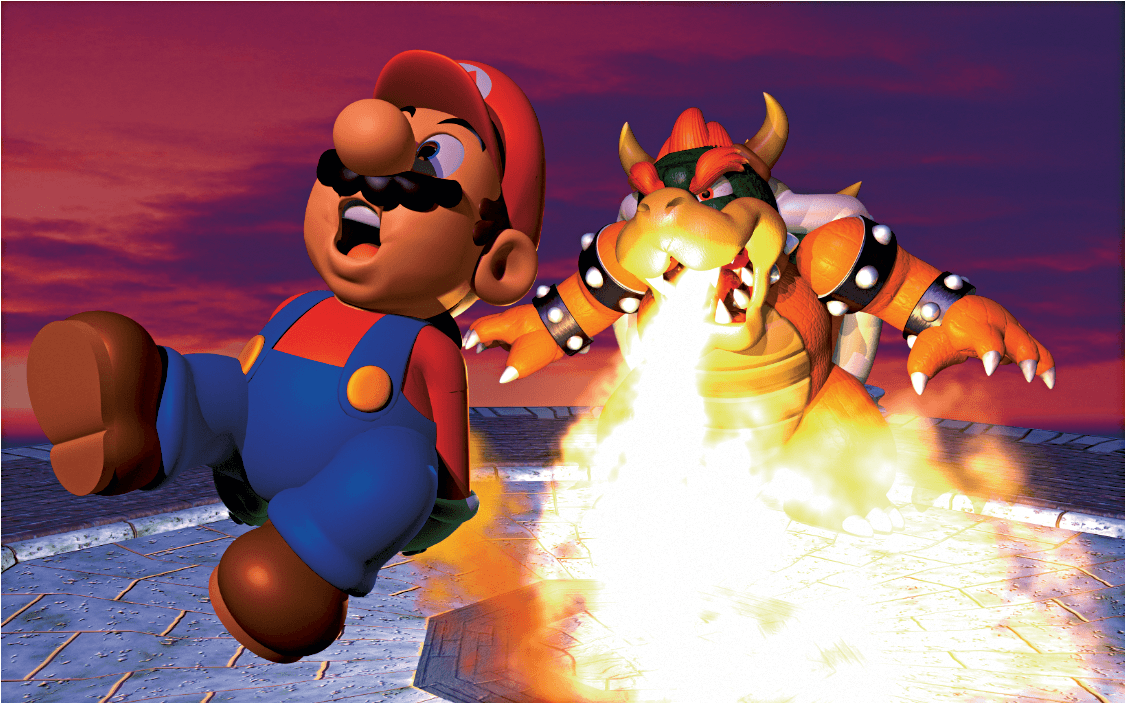 The Nintendo 64 launched in the US twenty-five years ago today. European Nintendo diehards were blissfully unaware that they would have to wait another six months to get their hands on the much-hyped console, putting almost ten months between the Japanese and European launches.

The N64 has a special place in my heart as it was the first console I bought with my own hard-earned cash, using money from my daily paper round (£13 a week) and the cash from selling my beloved Game Boy – something I regretted the moment Pokémon Red and Blue launched.

Saturday 1st March 1997 was finally set as the UK launch date. The hype surrounding the N64 grew to feverish levels in the run-up, with the likes of EDGE and CVG covering the US line-up extensively. Super Mario 64, Pilot Wings 64, Mario Kart 64 and other early ‘launch period’ had garnered glowing reviews, taking magazine front covers. It was clear Nintendo was determined to silence the naysayers, forming a small but killer range of software.

I had even been suckered into the infamous ‘You Can’t Buy This’ advertising campaign, informing gamers that waiting for the Nintendo 64 was the right choice. “32-bit systems are fine, but they don’t cut it where it really counts,” read the blurb, in an obvious dig to both the PSone and Saturn.

Roughly a month before launch, I visited sunny Brighton for the day. After discovering N64 demo pods in both HMV and Virgin Megastore – running Super Mario 64 – the realisation that the console’s launch was mere weeks away finally set in. The gears in my adolescent brain started to turn. It would probably be a good idea to try and pre-order the blessed thing, I thought.

In a pre-internet shopping era, this was a task easier said than done. Electronics Boutique (GAME’s precursor) was yet to open in my town, leaving just Argos, WH Smiths, Dixons, Woolworths and Blockbusters. After phoning said stores, and getting the impression most didn’t even know what a Nintendo 64 was, my attempt to secure a pre-order failed.

Argos claimed if they received stock, they would be sold on a first-come basis. Because this was my only lead, it was decided: I would head there on launch day before the store opened. In hindsight, it’s unclear why Blockbuster informed they weren’t allowing pre-orders, especially given the events that followed.

After finishing my paper round on launch day I caught the bus into town (cycling with a large N64-shaped bag dangling from handlebars conjured unnerving images) and arrived outside Argos at roughly 8.30 am. I was second in line, and it wasn’t long until a few others joined the queue. When the store managed turned up, they were taken back slightly by the presence of a queue, questioning what we were in line for. After hearing a chorus of “The Nintendo 64” they appeared a tad embarrassed. “Oh, I think we had two of those arrive yesterday,” they responded.

I breathed a huge sigh of relief – I was second in line. To say I felt lucky was an understatement; I couldn’t even imagine how I would have felt going home empty-handed. Argos was also selling the system for £5 less than the £249.99 RRP, which was a bonus.

While waiting at the till, I scribbled the catalogue number down for Super Mario 64, only to be met with an unexpected setback. Argos had received no games. Zero. What then ensued was a frantic dash around the aforementioned stores in town while attracting some envious glares. The majority of stores didn’t even have dummy boxes on display, let alone games readily available. My last chance was Blockbuster, which didn’t open until 10 am, resulting in a 30min wait on their doorstep.

The store manager nervously stepped over me when they arrived. After realising I was waiting for the store to open, and explaining my situation while they fiddled with a bunch of keys, they claimed that they did have N64 games in stock but believed they were all reserved. So much for no pre-order system. A few minutes later they returned, presumably having looked through their stock. I was in luck. Well, kind of. A customer had pre-ordered both Super Mario 64 and Star Wars: Shadows of the Empire but planned on only picking one up later that day as they were currently undecided. The game they didn’t want, I could have. This of course meant leaving my phone number with the staff and hoping they’d remember to give me a call.

Thankfully, they remembered. Around 3 pm that day, I nervously took the call. A copy of Star Wars was available. I was hoping for Super Mario 64, but deep down I knew it was more likely to be Shadows of the Empire. Having seen the ‘lukewarm’ reviews the US version had received, it wasn’t exactly my first choice. In fact, I don’t think I had even considered purchasing it. Wave Race 64, Turok: Dinosaur Hunter and Pilot Wings 64 were the games I was planning to buy next.

One trip back into town and £59.99 later, I spent that evening tying up AT-ATs with tow cables and wondering who the heck Dash Rendar was. It wasn’t the evening imagined, but it could’ve been a lot worse – it could’ve been a copy of FIFA 64, or even no console at all. Neither the best-case scenario nor the worst. The only problem I then faced was scraping a few weeks of enjoyment out of Shadows of the Empire while I saved up for a copy of Super Mario 64.

The following month, The Official Nintendo Magazine reported Super Mario 64 sold 1:1 with the system. I let out a wry smile, knowing that wasn’t exactly true.