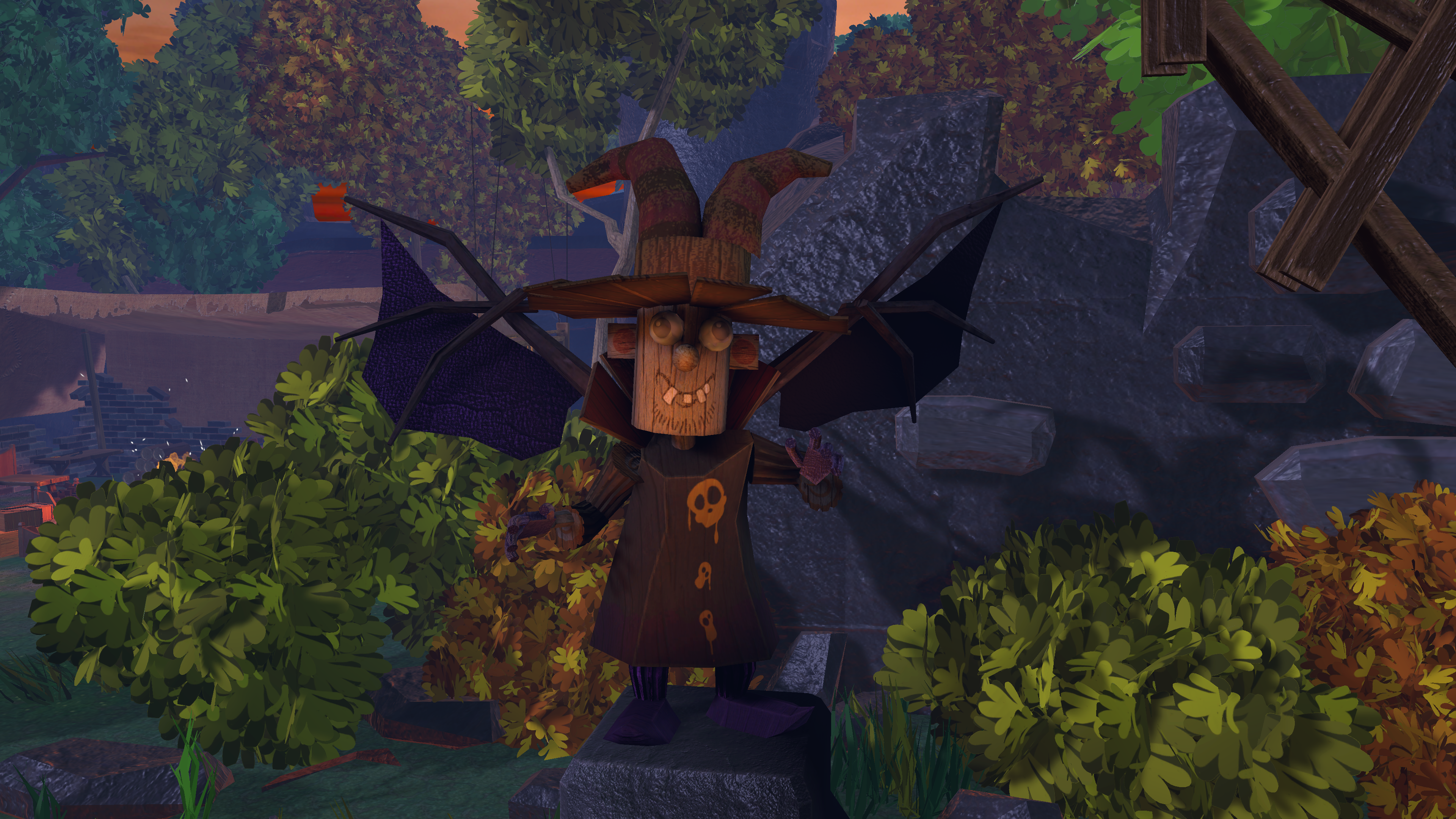 On the first day of the year, most of the population is waking up with a hangover. Either that or they’re contemplating a gym membership. For humble medieval shop keep Merek, it’s a case of getting back to work to make some serious Crown. His friend Tess has just returned from travelling the world, bringing back blueprints for numerous fancy items Merek can craft and sell. Glass is the big new thing, apparently. What a time to be alive.

Sharing similarities with Overcooked, Merek’s Market is a time management game in which customers line up and request certain items. Fulfilling orders is a case of throwing raw materials into a kiln, getting busy on the workbench with a block of wood, or bashing metal into shape. Once handed their desired item, customers plod over to the counter, giving a few valuable seconds to get the next project underway before they storm off in a huff. It’s also possible to craft items in advance, just to be extra prepared.

Merek’s exhaustive tome holds all the blueprints, and because these are shown on screen, you don’t have to rely on muscle memory too much.

There is more to Merek’s Market than it initially lets on, resulting in a surprisingly varied package. Merek also runs a counter service where it’s possible to haggle – every character has a tale to tell, giving some indication of their current circumstance. This goes a long way to inducing personality, with the stories themselves being mostly amusing. It also gives control over Merek being greedy or generous. Giving customers a good deal is oddly satisfying, although it does mean you may not hit your sales target for that day, with each day having bronze, silver, and gold targets to meet.

Bronze medals aren’t hard to achieve, mostly gained on the first attempt, but you’ll have to think well ahead if going for gold.

Shaking things up further, every ten stages see a longer and more involving ‘boss stage’ – but not in a typical sense. Here, you’re tasked with creating a one-of-a-kind item for affluent customers, requiring multiple blueprints. Assembling said item commences a simple mini-game, which changes from one boss stage to the next. Success sees Merek handed a bumper bag of crowns, then used to upgrade his shop, adding additional kilns and more counters.

His success doesn’t go unnoticed though, with rival businesses trying to muscle in. This makes the single-player campaign so much more than a bunch of seemingly random challenges strung together; seeing Merek expand his business empire is curiously compelling, with a handful of characters returning sporadically. It also helps that Merek is a likeable fellow.

There’s a separate co-op mode too, which has its own (fully voiced) tutorial and a unique set of stages based around teamwork.

Inspired by Wallace & Gromit, the humour is quintessentially British, being a combination of daft puns and dad jokes. Character design echoes that of Aardman Animations, although character models would have benefitted greatly from a few extra polygons. I very much doubt they were purposely aiming for a dead-eyed and slack-jawed look. The shop floor – viewed from a top-down perspective – fairs better, boasting subtle lighting and shadow effects.

While rough around the edges, Merek’s Market has a surprising amount of soul. The developers have clearly focused on making something that doesn’t run its course too soon despite the relatively simple premise, adding new features to prevent interest from waning. Moreover, the balancing is finely tuned. The constant slew of customers means it’s always demanding, but if you screw up an order or if a customer storms out, it’s easy enough to get back into the groove.

If you’re in the market for a new teamwork adventure, having grown tired of Overcooked, this comes recommended. It’s a little more lenient than its peers, but that’s not a bad thing necessarily.

Merek’s Market, from Big Village Games, is out 25th September on PS4, Xbox One, PC and Stadia.