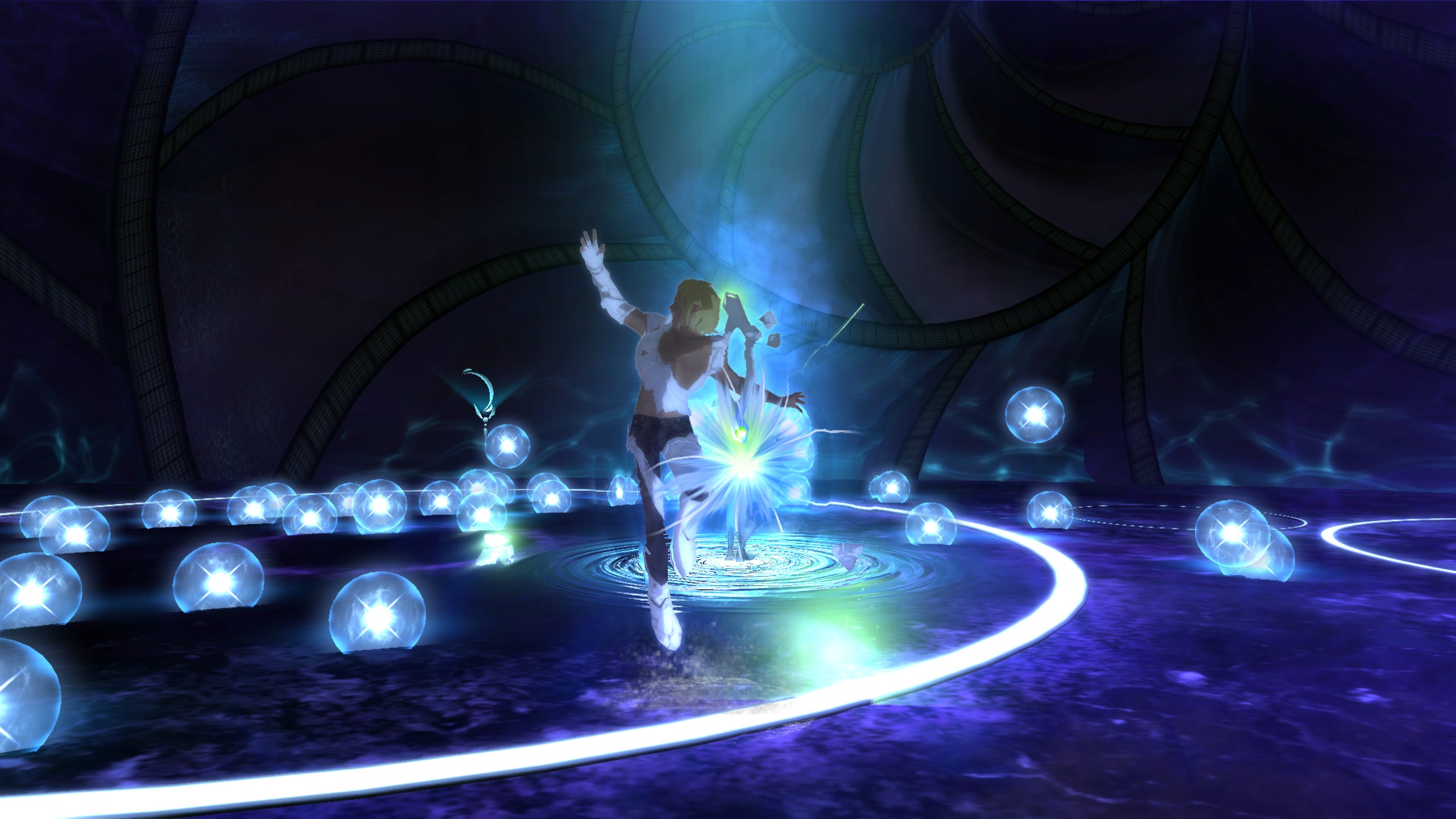 The current year in video games may well go down as one of the best as far as unexpected revivals of Japanese classics go. So far, we’ve seen classic shooting game series Cotton rebooted, No More Heroes 3 was finally completed, and classic adventure games Famicom Tantei Club and Tsukihime were remade entirely. Konami has brought back Tokimeki Memorial Girls Side and Powerful Pro Kun Pocket. There were even new home console releases in the long-running Densha de Go and A-Train series.

With all that in mind, this month’s PC release of character action game El Shaddai: Ascension of the Metatron shouldn’t have come as too much of a surprise. Yet a port was never a known quantity. Unlike the aforementioned games, El Shaddai never became an established series, instead becoming largely overlooked upon its Xbox 360 and PlayStation 3 debut a decade ago, its publisher Ignition Entertainment going bankrupt a year later.

Despite this, the game left an impression on those who played it, becoming a cult classic of sorts in the years that followed. It was clearly a passion project for the folk who made it, and former team members set up new developer Crim a few years ago while also regaining ownership of the IP. Fast forward to today, then, and the game has been faithfully converted to a new platform for a new audience.

El Shaddai is a character action game (think Devil May Cry, Ninja Gaiden, Bayonetta) that brings with it an unconventional setting which draws its inspiration from the ancient religious text, the Book of Enoch.

The gist of it is you assume the role of the immortal human Enoch, who has been tasked by God to confront the seven fallen angels who have escaped the heavens only to mingle with the humans below in a new residence called the Tower. There you’ll come face to face with their followers and the unstable Nephilim, creatures formed by the unholy union of humans and angels. Enoch is accompanied by Lucifel, depicted here as helper of God but also doubling up as an unreliable narrator.

Without spoiling anything the narrative raises some interesting questions about humanity and holiness, implicitly asking the player to interpret key events themselves as key events unfold.

But what really brings the game’s unique setting to life is a masterclass in graphic and art design by way of game director Sawaki Takeyasu and art director Soutarou Hori, both of whom were previously heavily involved with Capcom’s Okami.

This is a game that exudes a surreal, ethereal, appearance, while also at times simultaneously looking like everything has been inked on parchment. It’s this juxtaposition of a modern, almost kaleidoscopic interpretation of ancient text with the weird and wonderful that makes for a unique journey where you can never quite anticipate where you’ll next visit or what it’ll look like.

One interesting aspect of the game is its refusal to let you do anything with the right analogue stick – homogeneity in controls be damned, basically. But it plays off its enchanting environments in harmony, the restless camerawork forever eager to point your eyes toward a new vista or perspective.

It’s also humbling, reminding us that protagonist Enoch isn’t always an all-powerful protagonist. While the camera zooms in during combat encounters – emphasising Enoch’s power – it’s normally zoomed out during exploration, a reminder that Enoch is as small as the other beings he encounters. The unpredictability of the camerawork also lends the game’s otherwise-derivative 3D platforming segments some much needed bite, forcing you to approach the same challenges from unanticipated angles.

As with the game’s visual design, protagonist Enoch’s fighting chops are communicated via a similarly elegant combat system. Here the designers have eschewed many-button combos in favour of a single-button approach to attacking foes.

In the early segments of the game, this is quite the annoying limitation. You’re stuck with your fists, enemies are pushovers, and many action sequences feel like glorified quick-time events. It’s when you begin acquiring weapons that the combat begins to click into place. The idea here is that the rhythm of your button presses determines how Enoch handles each weapon and attacking while defending or jumping also unlocks new abilities. This works brilliantly as you discover new moves by doing, Enoch’s actions perfectly mimicking and timing of your button presses.

The utilisation of a triad of weapons adds an extra layer of strategy to encounters. Knock out an enemy and you can pinch their weapon. You start off with the holy blade Arch – an all-rounder, basically. Then in the next chapter you’re introduced to the Gale, which deals a swift ranged attack. The final weapon, the Veil, forms a pair of heavy offensive shields.

As you’ve probably guessed, each weapon has its own strengths and weaknesses. For instance, while the Gale’s quick-fire attacks are great at fending off Arch users, the Veil’s defences stop these projectiles in their tracks. When faced off against multiple enemies with different weapon combinations it’s thus vital to assess the situation and decide which weapon to nick and employ, adding much needed dynamism to the mix.

If only the game’s enemy encounters and enclosed arena design were as imaginative as the combat system. You see, the game doesn’t quite do enough with this set-up to keep combat fresh and exciting across its eleven chapters. As you progress you’ll soon realise you’re always battling in the same closed-circle arenas, against new enemies that are almost imperceptible from the last because they wield the same weapons in the same ways.

You’ll end up knowing what to expect from the vast majority of new combat encounters, basically. The big boss fights do mix things up, forcing you to rethink why you might use each weapon, but they are also very infrequent.

At the same time the developers may well have intended that first playthrough to be a trial run of the game, even hiding the HUD and score system from you entirely. Completing the game once unlocks a Score Ranking mode, which enforces higher-level and more careful play, yet going for the highest rank requires extremely exacting play that it somehow manages to make the game feel even more repetitive.

By contrast the level design rarely rests on its laurels, particularly when you reach the game’s second half. One world transports you through an arrangement of inspired 2D side-scrolling platforming challenges, before throwing you straight in the middle of a high speed motorcycle chase in the next.

Despite its foibles, El Shaddai remains an elegant, fascinating action game, one where you can never quite anticipate where you’ll visit next. In a (now-deleted) tweet, director Sawaki Takeyasu recently expressed an intent to make a complete version of the game if this version sells well enough to secure the necessary funding. Our fingers are now well and truly crossed – they wouldn’t be if the game wasn’t any good, would they?

El Shaddai: Ascension of the Metatron, from crim Co., Ltd, is out now on Steam.