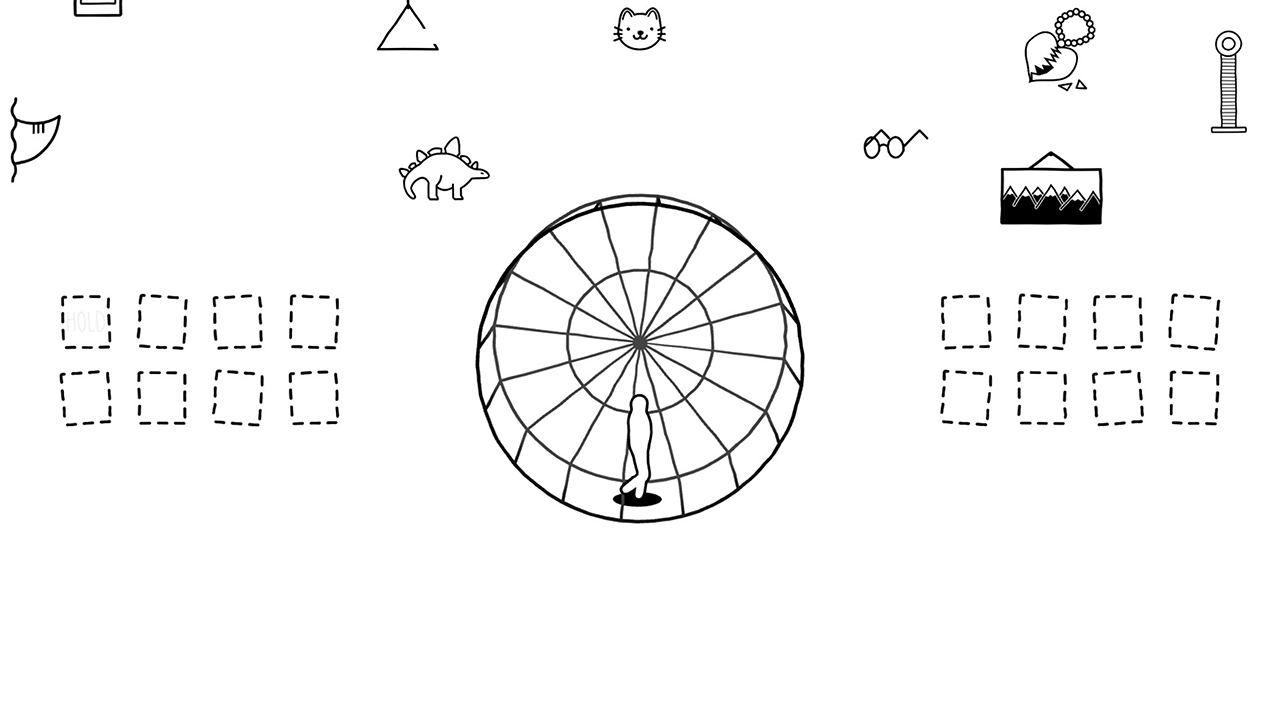 Alveole is intriguing. It drops you in a giant hamster wheel, gives you the absolute minimum of instruction, then leaves you to get on with it. And ‘it’ is pretty limited: all you can do is start running, and once you’ve started running, all you can do is jump.

From there it’s about working out what the game wants you to do. Each run lasts only a handful of rotations of the wheel, with humps appearing periodically. When you do something that the game wanted you to do, you get a little Polaroid-style image, which then fills one of the 16 little boxes.

Items around the wheel provide hints to some of these, and some of the items change based on your actions. Deciphering these clues and their feedback can be quite satisfying, but I completed probably half of them unknowingly by chance, which was… less satisfying.

But it did mean that, whether by design or good fortune, I avoided any frustration at the game’s wilful obtuseness. With a suitably calming soundtrack, it was a pleasant enough way to spend half an hour or so.

There’s nothing wrong with the Switch version I played, but it’s very hard to recommend Alveole on consoles, where it’s priced at a multiple of the £0.79 you can find it for on PC, Mac, iOS and Android. So if you’re intrigued, do look there.

Alveole is out now for PC, Mac, iOS and Android, and on 1st September 2021 for Switch (played), Xbox and PlayStation.