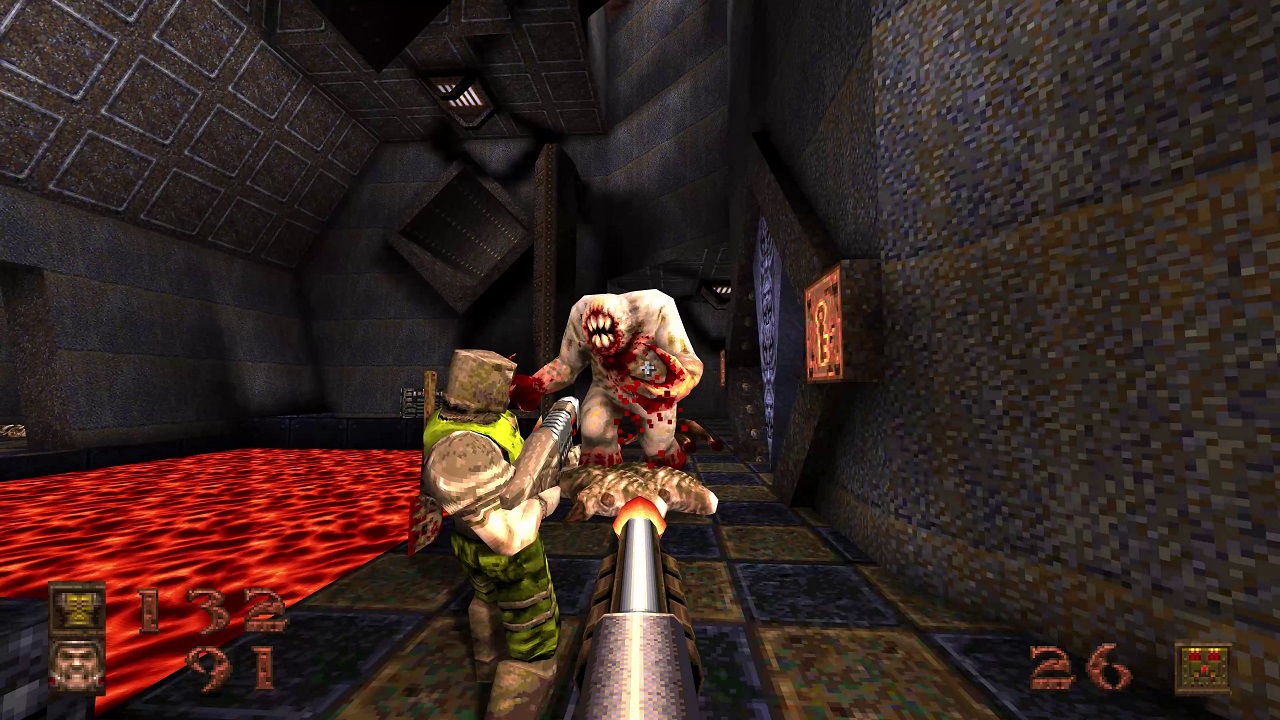 We’re glad we didn’t cover news of the ESRB rating board revealing a remaster of Quake, as we’d be updating said story right now – id’s Quake remaster, simply called Quake, has been leaked and released within the same day.

The dark fantasy first-person shooter is out now on Xbox One and Series S/X (available on Game Pass), PS4 (free native PS5 upgrade coming soon) and Switch for £7.99.

It sounds like an exhaustive package, including both original expansion packs and an all-new ‘Dimension of the Machine’ expansion created by MachineGames. It’ll also support free, curated, fan-made mods, giving specific mention to a Quake 64 mod that’s available now.

And of course, it’ll run in 4K with anti-aliasing, coloured lighting and other new-fangled tech. The theme song by Trent Reznor remains present too.

The Switch version clocks in at 1080p and features gyro controls.

Did you know? Xbox 360 launch title Quake IV included a bonus disc containing a HD remaster of Quake II. It’s often referred to as being one of the first HD remasters.

Update: Quake II and Quake III: Arena have also stealth launched on Xbox Game Pass for PC. For non-subscribers, the former will set you back £3.99, while the latter is £11.99.