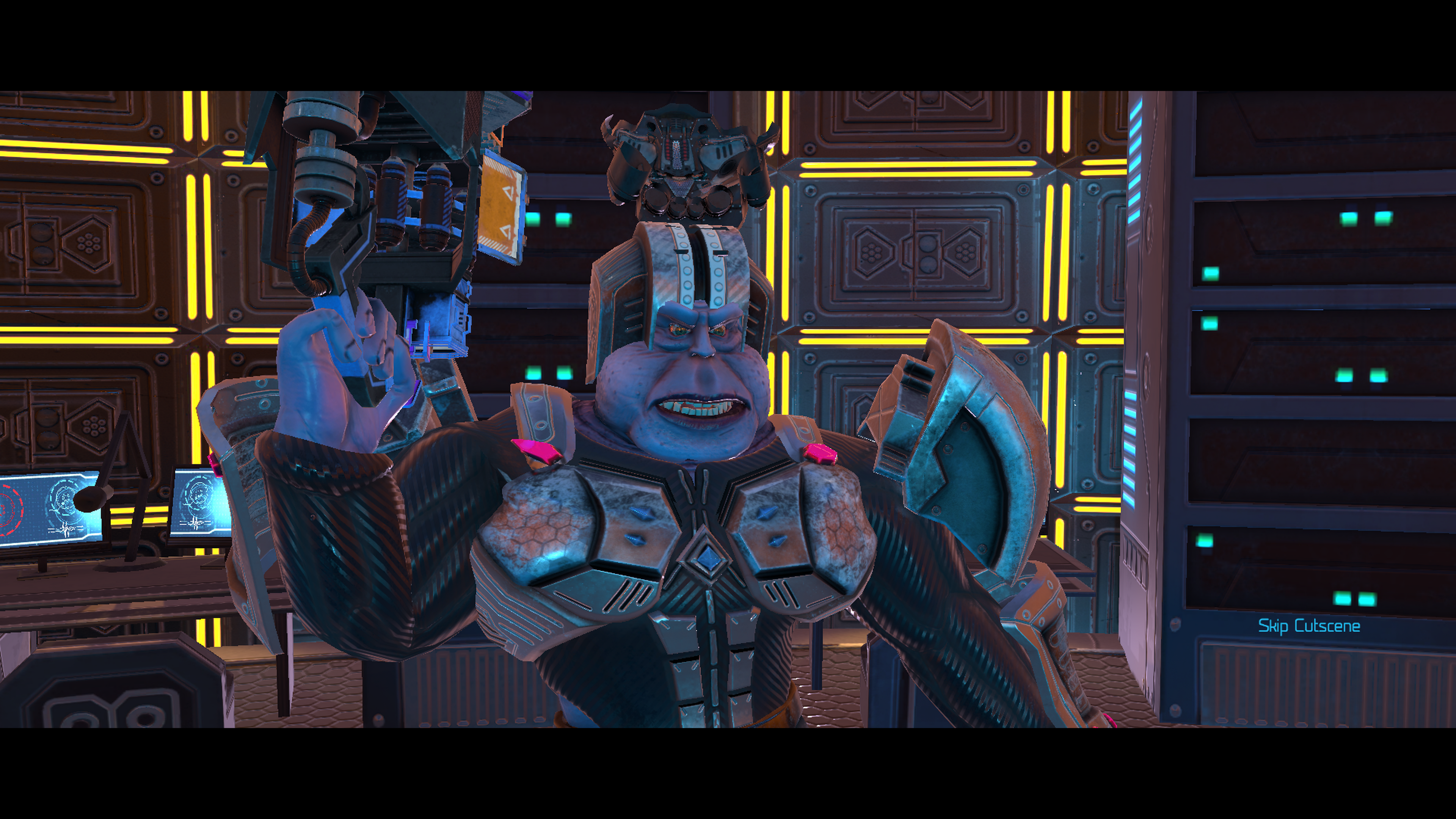 Shortly after the original Xbox launched, it came to light that many first-person shooters sold better on Microsoft’s platform. Most journos at the time, ourselves included, chalked this up to Halo being the Xbox’s killer app – it seemed logical that many would be keen to try something similar.

Twenty years on, this influence is still being felt. Madness Beverage is a sci-fi first-person shooter launching as an Xbox exclusive. If you’re wondering why Microsoft hasn’t been shouting from the rooftops about it, let’s just say there’s a reason for that.

Madness Beverage prides itself on being a FPS throwback. To which era exactly is hard to pinpoint. It plays a lot like classic DOOM – the demonic enemies are relentless, spawning out of nowhere, while progression is a simple case of either finding switches to open doors or surviving an onslaught of demons. It looks far more modern, however, resembling a mid-life Xbox 360/PS3 title. Albeit a ropey one, no thanks to what was clearly a limited budget.

The presentation tries to mimic early noughties aesthetic but simply looks ugly and amateurish as a result. The cut-scenes, meanwhile, border on the comical. Our sweary space pirate lead – out to stop an alien overlord, not for fame or glory, but because their existence is damaging their (illegal) business – looks reasonably realistic, while the antagonist resembles a cross between Thanos and Grimace.

More issues arise before even landing on the first planet. Movement is slow and unnatural – something tinkering with the sensitivity was, thankfully, able to rectify before leaving the spacecraft hub. Then came the constant barrage of corny, swear-filled, catchphrases. There’s about a dozen in total, constantly repeated whenever enemies appear, becoming tedious exceedingly fast.

After the opening, you’re presented with five stages that can be tackled in any order – a surprisingly modern touch. There’s no indication of their difficulty level, however, which lead to even more frustration and head-scratching. “They can’t feature the same level of difficulty, surely?” we pondered. True enough, some stages are tougher than others, meaning if you accidentally pick a tougher stage before unlocking better weapons, you’re in for a rough time.

More damaging to the overall experience is how limp and lifeless the weapons feel. There’s no recoil, thus no feedback, partly due to there being no controller vibration. Sound effects are so quiet that they’re close to being inaudible, and the impact of grenades is non-existent. Oh, and get this: to restock grenades, you need to visit a spaceport between stages. In a DOOM clone!

The weapon balancing is completely off-kilter too. No matter which weapons you use, most enemies take 3-4 hits to kill. The only major difference between most is the rate of fire, meaning once we gained the rapidly firing minigun, we ended up sticking with it for the entire duration.

Adding to these woes, swapping between weapons in the heat of battle takes far too long, and considering the fast rate of which enemies appear, the reloading animations are oddly drawn out.

Not a single mechanic works as well as it should, including the game’s sole USP – the temporary perk bestowing energy drinks of which the game gets its quirky name. Ideally, they should make you feel invincible and God-like, but as each one has a side-effect, we felt discouraged from using them.

The faults mentioned so far fail to compare to the ridiculously dated save system, which brought back nightmarish memories of the Xbox 360 flop Infernal: Hell’s Vengeance. Madness Beverage gives you a single save file. Not only this, but checkpoints auto-save, and there’s no means of restarting a stage or returning to the hub. So, if you pass a checkpoint with low health and/or low ammo then you better hope the next area has both in abundance, or you’re completely screwed.

We had the misfortune of entering one of the game’s most punishing areas with low ammo, and there simply wasn’t enough within the environment to survive. Backtracking causes enemies to respawn (incidentally, they sometimes respawn on top of you) and so after around 45 mins of failed attempts we were left with no choice but to restart the entire game. In short: there’s no means of restarting a stage if you find yourself in a tricky situation. Now that’s madness.

The fact that Madness Beverage is over pretty quickly was something of a relief. The six stages last around 30 minutes each, resulting in a 3-hour (approx.) runtime. This leaves just the wave-based coliseum mode to tackle, and a range of collectable artwork to unlock for the truly dedicated.

Much of that miserable score below comes from the fact that there is one instance where Madness Beverage manages to find its groove. The “Alien Worlds” stage is centred around battle arenas where ammo is bountiful, letting you bring out the big guns without having to deal with infuriating platform jumping and other guff. This stage, and this stage alone, is…okay.

Nevertheless, we can’t shake the fact that developer Console Labs has seemingly mistaken bad game design for old skool design. Games such as Painkiller: Hell & Damnation did the whole ‘Nu Doom’ spiel better, not to mention quite some time ago.

Madness Beverage is out now on Xbox One and Xbox Series X/S.