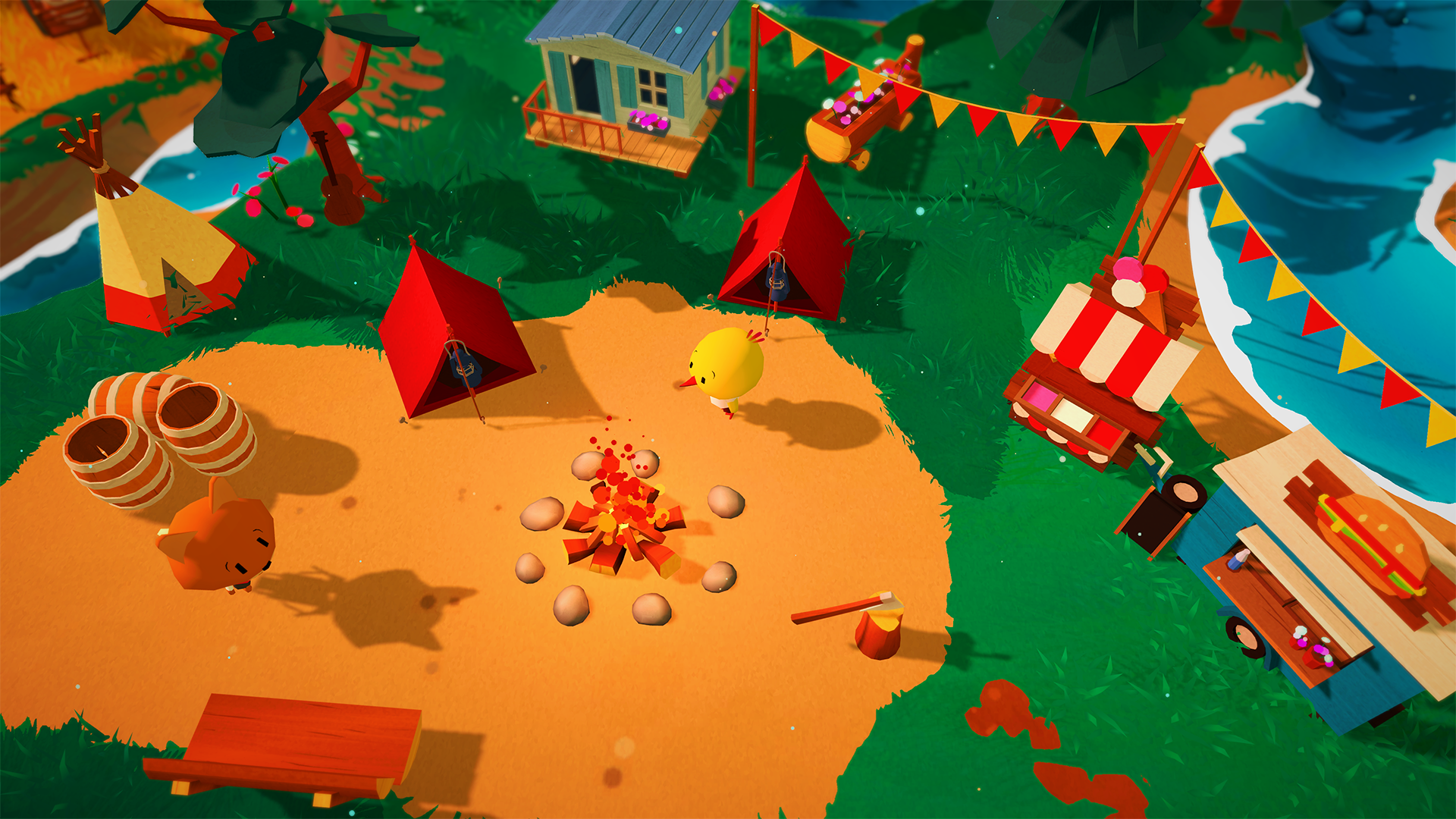 Haven Park’s developer – one man, Fabien Weibel – is very honest about its inspirations: A Short Hike and Animal Crossing. There’s nothing wrong with that: there’s plenty of room in the world for more games about having a nice time doing nice things in a nice place.

And that pretty much sums up Haven Park. As young Flint, it’s your job to make the island, and its many campsites, a better place: fixing signs and lamp posts, building places to sleep and eat, adding activities and decoration. This attracts campers who you can chat to – they occasionally dole out the odd side quest, but often it’s just a gently amusing conversation. They also spend money at your food stands, which you can collect, adding a smidgen of management sim to the mix.

But most of your time is spent exploring the island, discovering campsites as you go. The map is only revealed one piece at a time, on finding a campsite, so you’re left to explore for yourself. It’s a little obtuse at times, but the island is small enough that it’s never a problem. Similarly the camera can be a touch frustrating, and Flint’s not quite as spritely as he could be. Yet toing and froing around the island – of which there is a lot – is never less than a joy: the calming sounds of nature, the pleasantly varying scenery, veering off the path to investigate nooks and crannies for resources, the excellent ‘pew’ noise Flint makes on request.

The slight narrative and light RPG elements – quests, XP, levelling up, skills – add just enough framework to bring purpose and reward, without sacrificing any of the calm, unpressured atmosphere.

By the end – which took over four hours, with a fair share of getting lost and/or distracted, and some inefficient skill upgrade choices – I was very fond of Haven Park, both the game and the place. I had favourite campsites, favourite routes and shortcuts around the island. Action packed it isn’t, but it was a nice place to do nice things, and I had a nice time.

Haven Park is out now on Nintendo Switch (played), PC and Mac