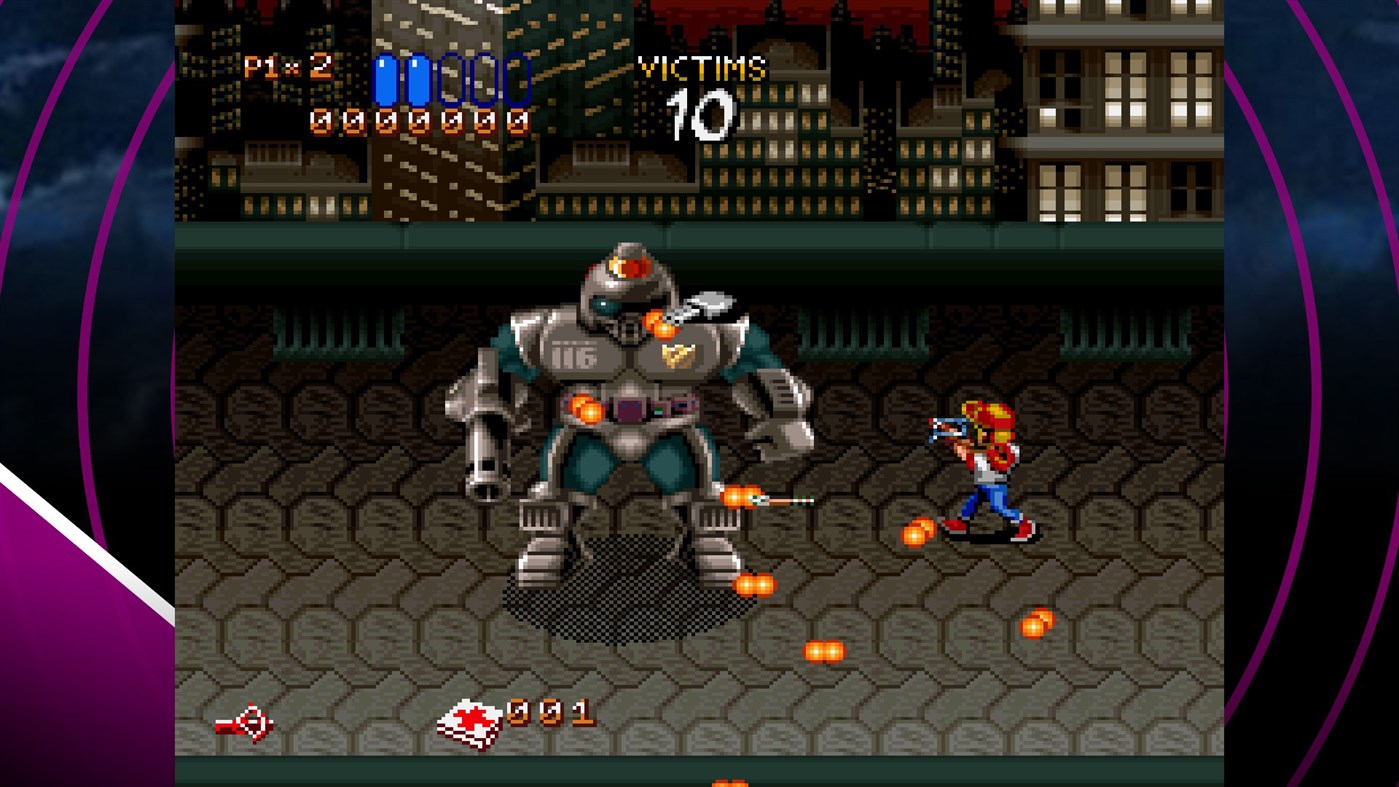 1996’s Space Jam movie tie-in was an unofficial spin-off to the legendary NBA Jam, even reusing the engine from the latest iteration. The upcoming Space Jam: A New Legacy, the long-time-coming sequel, gains a video game adaptation too – a pixel art scrolling brawler that could have leapt straight from 1996. Yep, we’re in retro territory.

Space Jam: A New Legacy isn’t simply trying to cash in on nostalgia, however – it’s free to Xbox Game Pass Ultimate members (ahead of a full rollout on 15th July), and was the winning entry in a competition. Going by screenshots alone, we’re expecting smart pixel art but a short runtime and some heavy recycling of assets.

Then there’s the budget-priced Arkan: The Dog Adventurer, a combination of Arkanoid/Breakout and a platformer. Arkan is armed with a staff that’s used to rebound balls and break bricks. Having spent some time with it, we can safely say its only major downfall is using ‘up’ to jump.

Curved Space is another we’ve been busy playing. Like the name suggests, this twin-stick shooter takes place in curved arenas, a la the Wii U launch title Nano Assault Neo. It implements many new ideas – including the ability to chain enemies together with an electric leash – and for most part, these new ideas meld well. The retail release will set you back a mere £15, even on PS5.

The controversial visual novel Doki Doki Literature Club Plus! also heads to all formats – even Xbox One, to our surprise – while the PS4 gets Arcade Archives: Raiden. Xbox shooter fans aren’t being left without, gaining both Blaster Master Zero and Super Destronaut DX-2.

Over on Switch, meanwhile, THQ Nordic’s Destroy All Humans! makes a belated appearance, while Disgaea 6: Defiance of Destiny will doubtlessly be another colossal time sink for JRPG fans.

We’re also going to give Treasure Hunter Simulator on Xbox One a mention – grab a metal detector and head to historic sites in hope of finding booty. And a bottle cap or seven, presumably.