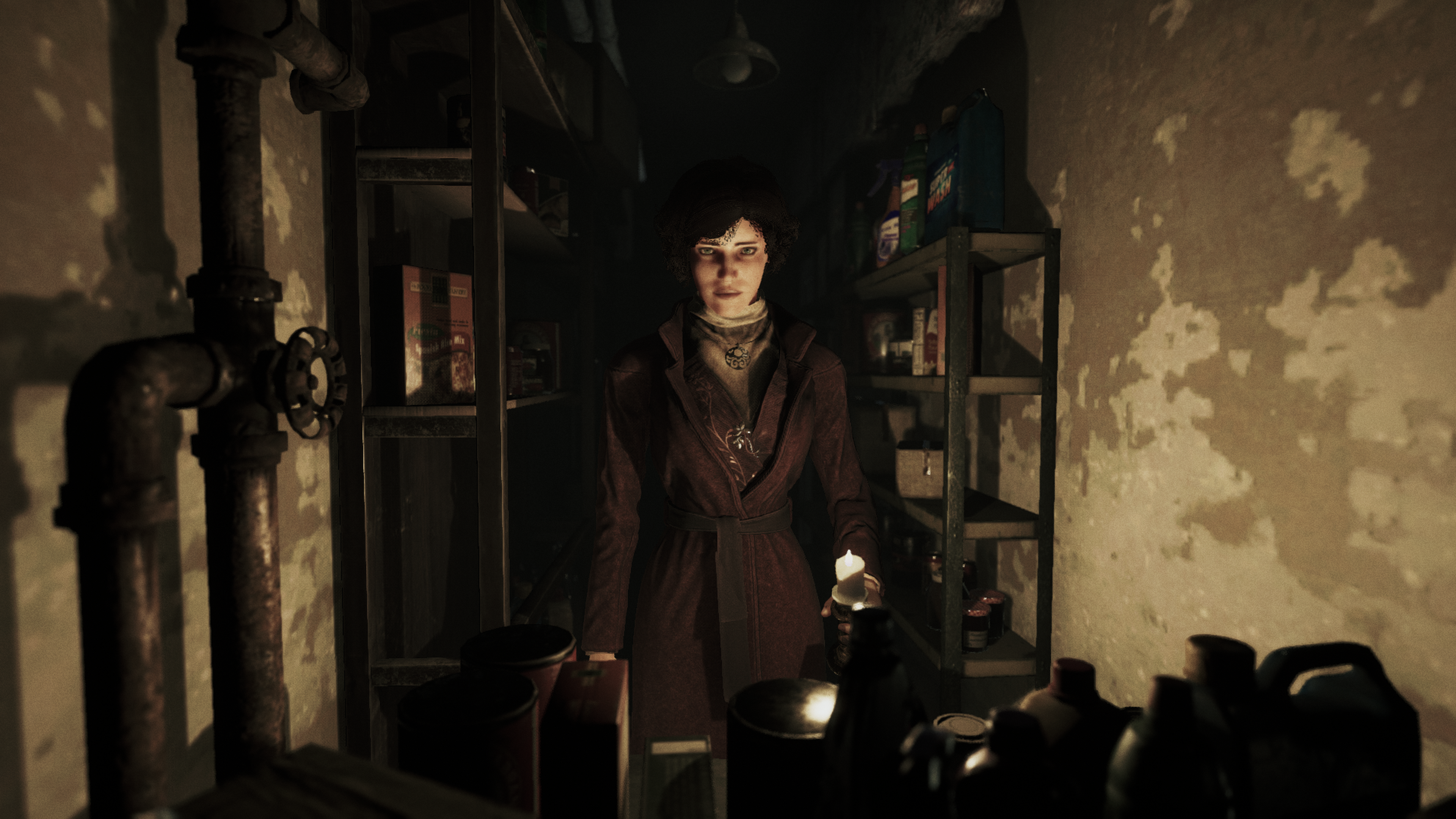 This eerie adventure takes the classic horror movie trope of a somehow creepy, out of tune, children’s music box and runs with the idea. This box encompasses an evil entity – simply referred to as The Presence – which can cause hallucinations, spurring a descent into madness. In place of zombies and other overused horror game adversaries, The Presence stalks players throughout this five-episode long adventure – an invisible and relentless foe controlled by randomised AI.

The Presence makes itself known to Daniel Hoyer, a former alcoholic trying to rebuild his life. After coming home one night from his job as a book publisher, Daniel is asked to investigate the whereabouts of a popular author who’s no longer returning calls. Talk about bad timing – the latest episode of The X-Files was about to air. While searching the home of the missing scribe, a mysterious door is discovered, leading to an unknown location. And so ends the game’s prologue.

It’s your call whose boots to fill next. Each episode has a choice of characters with their own strengths. They come clutching unique light sources too – be it a lighter, candle or torch – with some illuminating environments better than others. The richly detailed settings definitely help draw you in, while also making most locations feel genuinely lived in.

Thirteen playable characters feature in total, which may seem excessive until reaching an untimely demise for the first time. This is because permadeath is one of the main features. In an added twist, one character – the name of which we won’t reveal – has the ability to return and haunt players too.

Due to the randomised nature of The Presence, it can strike when you least expect it. For the most part, though, this evil entity doesn’t interfere a great deal – going thirty minutes or so without a panic-inducing QTE isn’t uncommon. You’re free to explore the various dimly lit settings – which range from an entire multi-floored apartment block to a cluttered antique store with a gallery – at your own pace, amassing the usual assortment of keys, tools, batteries and fuses. Music is used sparingly, with rattling pipes, creaking floorboards and the sound of rain used to fill the lulls.

Then, suddenly, the joypad will start to vibrate – mimicking a heartbeat – and The Presence will make themselves known, turning off lights and sealing off doorways with a black substance. Music becomes louder and brasher. In some instances, a mini-game will commence – the controls to which are always explained beforehand – while in others you’ll need to run and hide. Hiding spots are noted on the map screen, but only if you’ve discovered them first.

A few things can anger The Presence. Creating too much noise is one, which means running should be kept to a minimum. Other triggers are vaguer as they’re never actually mentioned. You can, at least try and keep tabs on The Presence’s whereabouts by eavesdropping before entering a room, just to make sure something isn’t lurking behind.

Another thing to be wary of – extremely wary, in fact – are the instant death situations. Investigating certain areas – such as a bathtub filled with ominous black goo – will lead to a sudden demise. While these instances are rare and certainly help keep you on your toes (what good could have ever come from searching that bathtub?) it’s still a tad difficult to justify their inclusion. Presumably, it’s to make you think harder about your actions.

Song of Horror doesn’t hold back at all. It’s far from a casual experience, demanding your attention constantly, and despite the option of an easy mode, there’s no handholding whatsoever. This means no quest log or even helpful pointers. The only clues provided are from examining items fully, or from reading through discarded notes and letters.

Episode locations are vast and sprawling, often set across several buildings, and puzzles are challenging too. One fuse box puzzle requires maths to solve, while a task to mix chemicals has acutely detailed instructions to follow. This results in Song of Horror being a surprisingly smart game; one that’s backed by clever design decisions and excellent writing – when examining objects, for instance, characters will sometimes recall a personal anecdote.

It isn’t a fleeting experience either. Song of Horror can justify its £34.99 price tag not just by being good looking (albeit falling just short of delivering that elusive next-gen sheen) but by being surprisingly lengthy. Each chapter takes around 3-4 hours to finish, resulting in a playtime approaching the twenty-hour mark. Indeed, for a game seemingly coming from nowhere this was most unexpected. The episodic nature makes it easy to stop and take a break for a day or two before returning – something you may want to do, considering how mentally challenging it is.

Song of Horror is a genuine surprise – a rich and intelligently designed game from a team that clearly knows horror well. To call it a survival horror game is off the mark – there’s no combat, ergo no inventory management. Nor is it a stealth game, despite the ability to hide. It exists as its own thing, successfully carving its own identity. There’s even a sense of pleasing familiarity – the fixed camera and (modern) tank controls recall the earlier Resident Evil games, while the use of artificial light sources feels like developer Raiser Games is paying tribute to Silent Hill at the same time.

Song of Horror is out now on PS4, Xbox One and PC.