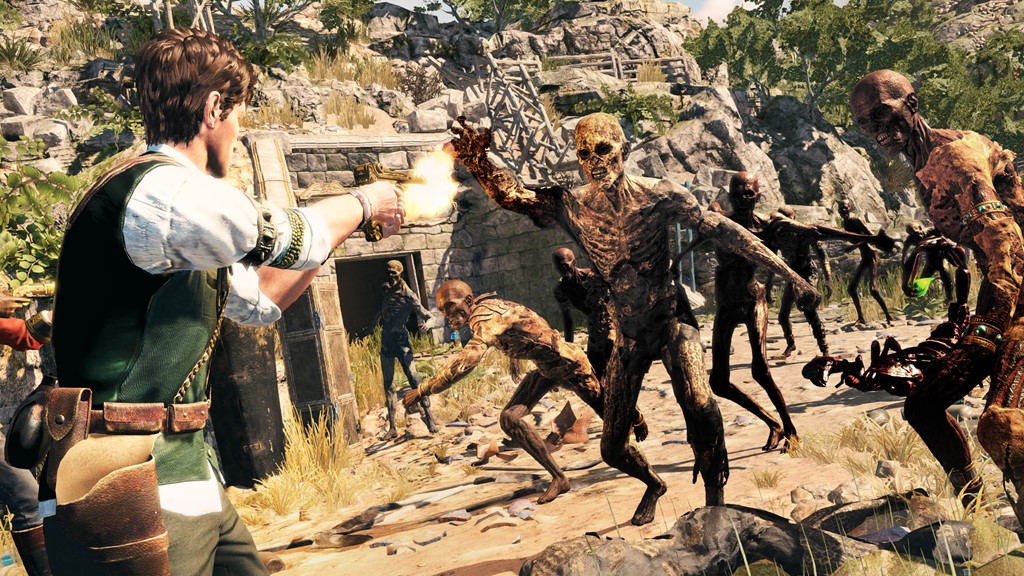 Following in the footsteps of the Sniper Elite series, Rebellion’s Strange Brigade is out now on Switch.

Set in the 1930s, this third-person shooter has a supernatural theme with an enemy assortment including mummies, undead pirates, minotaurs and more. The four playable characters have ancient artefacts to help keep the ghoulies at bay, and the tombs are littered with traps that can kill several enemies in one fell swoop. Sniping also plays a part.

2-4 players can join in either online or via local wireless co-op. Motion Controls, HD Rumble and Pro Controller also feature in this new Switch iteration, which additionally runs at 1080p on TV and 720p handheld. There’s on-screen achievement tracking too.

Rebellion has launched all the season pass content (sold separately) on the eShop from today, including the three-part campaign expansion The Thrice Damned.

There’s definitely a lot to get stuck into here. It’s good stuff, too – one of Rebellion’s best, we reckon.