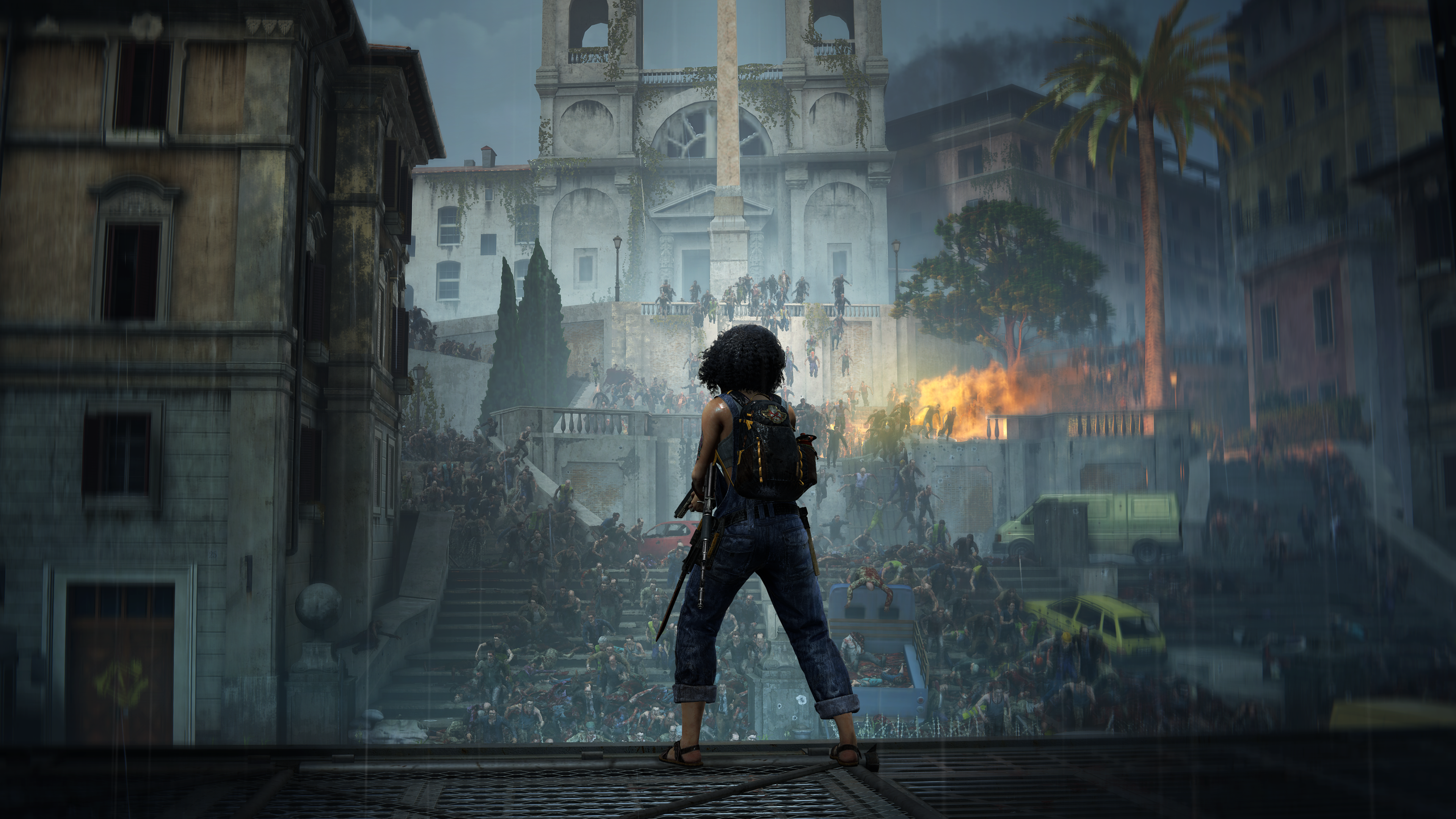 We’re surprised to see a sequel to World War Z considering Saber Interactive are also busy working on the similarly themed Evil Dead: The Game. Then again, World War Z did exceed all expectations – pulling in 15 million players – so maybe it isn’t all that much of a surprise after all.

The story will take us to Rome, Vatican City and Russia’s Kamchatka peninsula, with AI filling in the slots when other players aren’t around. Borrowing a trick from A Plague Tale, swarms of rats can now erupt and cause havoc.

Although targeting all-formats (PS4, PS5, Xbox One, Xbox Series X/S and PC), the next-gen and PC versions will additionally include a ‘Horde Mode XL’ with more zombies than before. 4K|60 FPS on next-gen is promised.

Sadly, this announcement comes with both good and bad news.

Bad: Only the PS4, Xbox One and PC versions are launching this year – the PS5 and Xbox Series X/S iterations, including the aforementioned Horde Mode XL, aren’t due until early 2022.

Good: It’ll be a free upgrade, so you’ll still be able to jump in on launch day. Existing World War Z owners can also make the jump to Aftermath for a modest $19.99.

We awarded World War Z an 8/10 back in 2019. “It offers a smooth ride that’s hard to criticise unless you were expecting something slightly more cerebral,” we said.