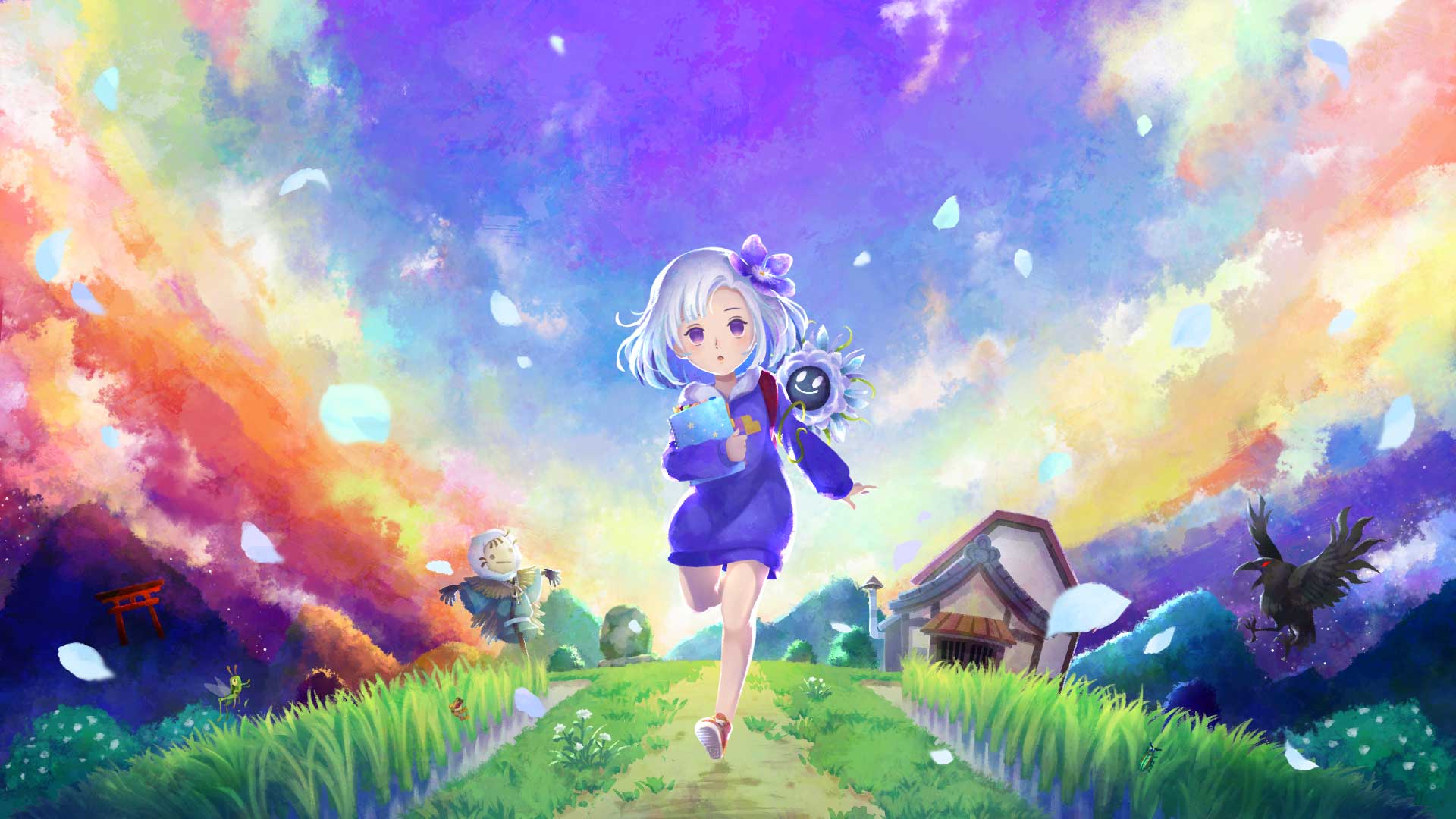 Appearances can be deceptive. Sumire might look twee at first glance, but it very quickly puts that right. Sumire’s grandmother has died, her father had left, and her mother is withdrawn. She is, quite understandably, unhappy bordering on hopeless. Let’s have a narrative adventure!

There is a fair old dose of twee in some of the more magical aspects of the game, but when it threatens to tip over, the quality of the dialogue cuts through. For instance, your companion for the day is a talking flower that grows from a magic seed. The flower, there to help you complete a list of tasks to be a better person, could easily be nauseating, but Sumire’s initial reaction is refreshingly dismissive. The resulting conversation is funny, but it’s not just played for laughs – Sumire is genuinely unhappy, and that hits home from the start.

This quality is maintained through the various NPCs, particularly those setting Sumire optional fetch quests. The various talking animals and inanimate objects have engaging thoughts and feelings, with that same curious mix of magic, sadness and humour. The human NPCs are no less rounded, and following their little story arcs is well worthwhile.

Aside from the side quests and the odd diverting mini game, it’s not far from an interactive novel. There are choices to be made throughout, which drive positive or negative karma. Good karma is actively encouraged, and for me was the most satisfying way to develop the story.

I was left a little disappointed by the final scene, but it feels unfair to criticise the game for the story it wants to tell, and it certainly didn’t undermine the preceding two to three hours.

But it was a mistake to play through a second time. Pursuing bad karma doesn’t really work in the narrative, or have satisfying repercussions, and it exposes the illusion of choice at several points.

The lack of replay mileage is a shame, though again it doesn’t undermine the quality of the experience – the writing is hugely engaging, and beautifully complemented by the visuals and music. Best enjoyed once.

Sumire is out now on Nintendo Switch and PC.