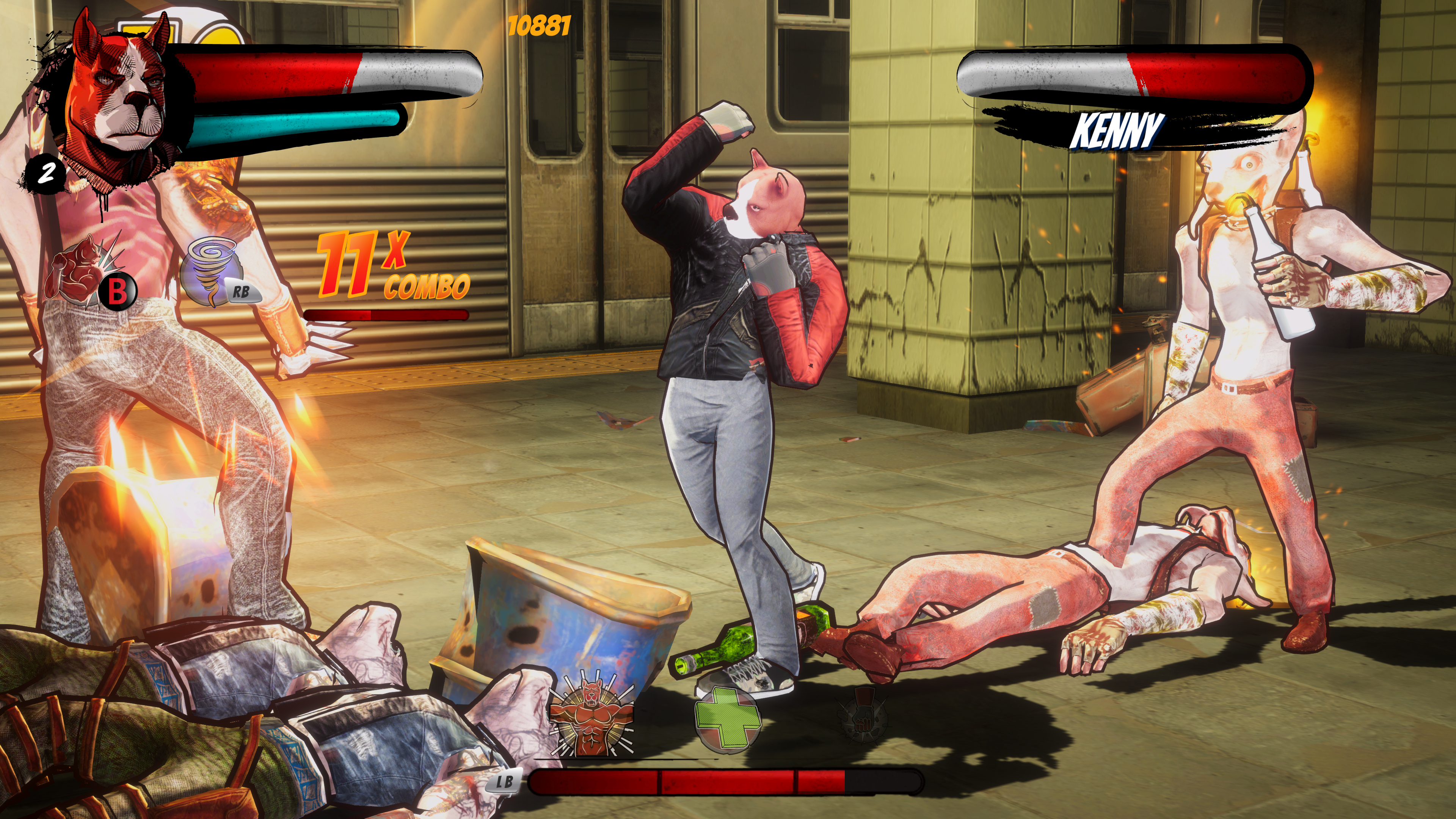 By featuring a cast of bipedal canines, the usual assortment of beat’em up street punks, biker gangs and hoodlums have been replaced with dogs of all sizes and breeds – a comical assortment that put the ‘pug’ in pugilist.

Considering the mere £3.29 price tag (£2.89 on Steam), I came to WarDogs expecting a simple arcade-style brawler with not much more to offer than an obligatory elevator stage and a few boss battles. Not only did it fit that bill, but it also went beyond expectations with a slew of extras. These include a horde (read: arena) mode, character customisation options, an upgrade system based around randomised loot, a backstory expanding codex, and smartly drawn cut-scenes.

There are, however, a few shortcomings. Foremost, this is a button basher and far removed from featuring the same level of depth as Streets of Rage 4. Even last year’s Super Punch Patrol – another inexpensive beat’em up – had more to master. With loose collision detection mostly to blame (during slow-mo scenes, Red appears to be phasing through enemies), our canine chum can punch, kick and ground-pound to victory, rarely having to block.

Making things simpler still, he’s also able to heal himself, pick up weapons, and activate a damage booster. Special moves – including a tornado attack – are assigned to buttons and have short cooldowns.

The second shortcoming is the game’s length. The eight-story stages take around 8-10 minutes each, resulting in a runtime of just over an hour. There are at least a few reasons to return, including achievements/trophies for beating stages on hard difficulty, and a long list of clothes and accessories – including sci-fi attire, oddly – to unlock. The developers also promise additional stages and daily missions in future updates.

While not particularly deep or technical, WarDogs: Red’s Return gets by on being instantly accessible and mildly satisfying. With detailed backdrops and impressive artwork, the general presentation is leagues above other games in this price bracket. It’s more than sufficient for a quick arcade fix.

WarDogs: Red’s Return is out now on PC, PS4, Xbox One and Switch.