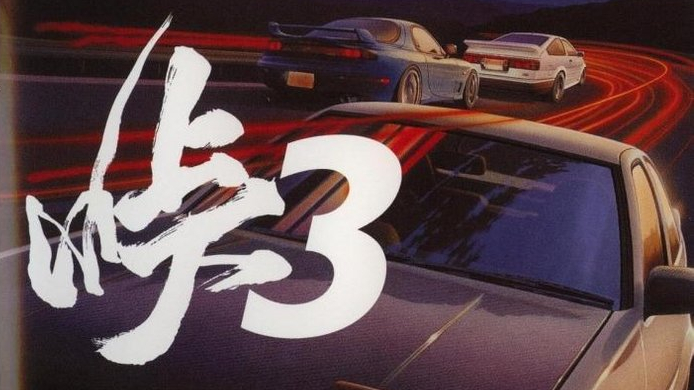 The budget publisher’s intentions seemed more admirable during their early days on the platform. All signs pointed to taking the same route as rival Midas Interactive, bringing localised versions of minor Japanese releases and ‘Simple 2000’ budget titles to Europe.

Phoenix made its mark on PS2 in 2003 with four £9.99 releases arriving on the same day. Homerun and European Tennis Pro were sports sims developed by Magical Company, a long-running Japanese studio with a catalogue of releases spanning back to the NES/Famicom, while billiards collection Cool Shot was developed by DigiCube.

The remaining title in this quartet was much more noteworthy – a localised release of the realistic racer Touge 3, rebranded in Europe as the more causal market enticing Road Rage 3.

As Phoenix productions go, it had quite the heritage. Touge 3 was developed by celebrated Japanese studio Cave and published overseas by Atlus, best known today for the Persona and Shin Megami Tensei series. The UK release even bore the Atlus logo.

Sadly, it wasn’t a high note for any involved party, making it easy to see how Phoenix was able to strike a publishing deal. No other publishing offers were likely on the table.

The Touge series began on SEGA Saturn and is usually mentioned alongside Initial D due to sharing a focus on drifting around precarious mountain tracks. The word Touge translates as ‘pass’ and specifically refers to a mountain pass – a navigable route through a range or over a ridge.

It’s a racer vastly different from most, entailing driving around various Japanese mountain ranges in low gear with both skill and grace. Not so much about driving at high speeds, but rather drifting around narrow bends while looking for opportunities to overtake.

Even though a budget game, licensed vehicles featured, with manufacturers including Honda, Nissan, Toyota, and Subaru. While this may sound promising, vehicles were rather angular and not easily identifiable, lacking detail as well as modern visual flourishes such as window reflections.

Decorated with 2D trees and thinly stretched textures – not to mention a general lack of colour – the tracks weren’t much to look at either. This doesn’t come as much of a surprise considering Touge 3 was already three years old when Phoenix acquired publishing rights. Early PS2 games were notoriously scrappy, with the system’s complicated hardware to blame.

Contrary to popular belief, Phoenix did send review copies of their games to the gaming press. Initially, at least. The Official PlayStation 2 Magazine gave Road Rage 3 a mauling, painting a picture of a sluggishly slow and ugly racer. Few, if any, critics delved into the racer’s history – most passed it off as an in-house developed title that had sprung from nowhere.

While far from being a classic, or even a hidden gem, it didn’t quite deserve the rock bottom review scores it received. Think of it as a racing simulator. Slow, clunky, and a little bland. It isn’t broken nor unplayable, just not particularly exciting.

Considering Phoenix went down a shady path not long after Road Rage 3’s release, creating knock-off versions of existing properties, you could even say it’s one of the publisher’s best games. Damning praise, but we’d rather play this than Snow White and the Seven Clever Boys.