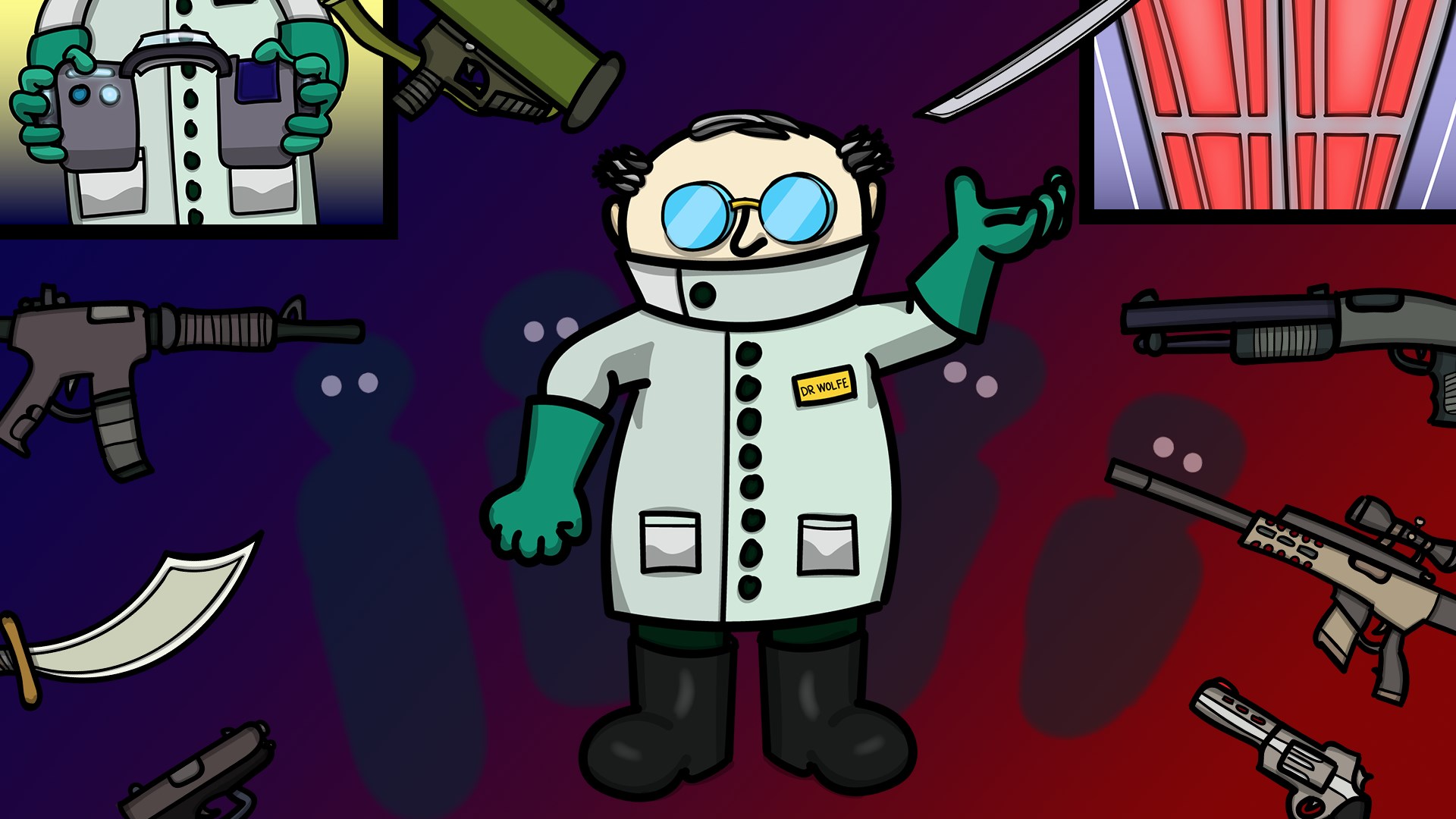 Had Cymatically Muffed existed in the ‘90s, it would almost certainly take the form of an Amiga public domain game. It has that distinct homegrown, bedroom coded, feel right down to sketchbook visuals that could’ve been doodled using Deluxe Paint III, and a crude UI/front end that was likely once a placeholder but ended up sticking. This is very much a passion project. A game made with love; not one designed by a committee before being approved by out of touch shareholders.

It’s also proof that we have reached the point in video game history where no concept is too outlandish – developers are free to let their creative minds run wild, and then turn those ideas into small, relatively inexpensive, indie games.

To wit, in this top-down shooter, you control a pair of cybernetically enhanced headphones. This isn’t quite as weird or as random as it may initially sound – the headband acts as a health bar, while the earpieces/cans display ammo counts and a power gauge. How’s that for practical?

Your mission is to escape from a secret military research lab, fighting off scientists, soldiers, special agents and the military themselves. Somewhat amusingly – and due to the top-down perspective – the action pans out as if the protagonist is up against an army of hats and helmets. Only the presence of bald scientists with bad combovers shatters this illusion.

The campaign mode plays similarly to DOOM. Or rather, DOOM with the on-screen scrolling auto-map activated. It’s a simple case of looking for colour coded key cards – which are either upon personnel or left lying around – and both deactivating turrets and remotely opening doors via computer systems. Said systems also give access to cameras, often revealing where to head next.

Enemies react to sound or having their line of sight broken. As such, it’s both possible to catch them off guard or stir up a hornet’s nest by going in all guns blazing. Speaking of which, weapons are bountiful, and they all have different rates of fire, clip sizes, and effects. Drones and explosive-packed RC cars are there to make an entrance, while novelty weapons such as laser swords lighten the tone.

But while the pace is fast – our unlikely hero dashes around swiftly – the campaign still suffers from repetition due to stages blurring into one another; a fact not helped by the overuse of dull tarmac textures for outdoor areas.

The campaign is only part of the package, though – Cymatically Muffed has been designed with local multiplayer in mind, including drop-in/drop-out support. Survival Mode features several stages of varying difficulty, but often enemies start to surround en masse after just a few minutes, meaning the pool of lives can be exhausted by trying to break free.

Battle mode fairs better, and may even be the saving grace, allowing up to 8 players to partake in team battles, survival, cops ‘n bombers and capture the flag modes. The amount of daft bonus options is commendable, such as the ability to drop grenades on death or make all items – even large desks and beds – throwable.

Cymatically Muffed proves beauty is only skin deep. Although it isn’t much to look at, it gets more than just the basics right – the controls are responsive, the campaign difficulty is well-balanced, and there are lots of multi-player modes to try. Granted, these aren’t perhaps the most exceptional or even exciting selling points, but providing you have friends around often, they’re enough to secure a look in if you enjoy partying locally.

It doesn’t do enough differently to gain an outright recommendation, but by all means, give it consideration when you’re next looking for couch-based MP games.

Cymatically Muffed, developed by Kelsam, is out 28th April on Xbox One. Also available on PC.