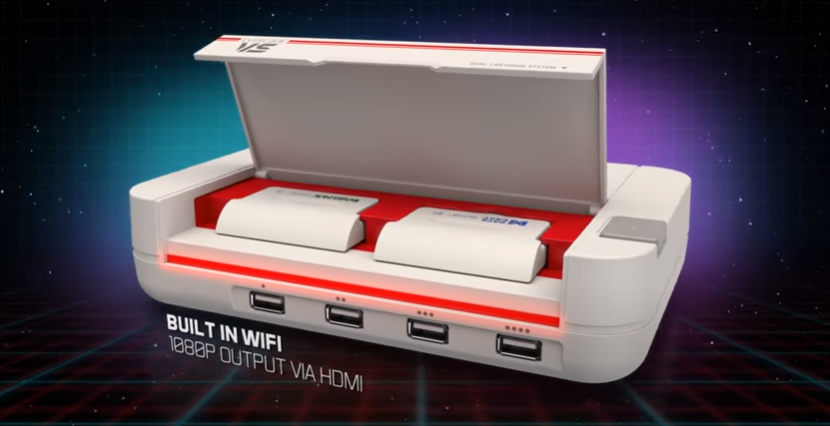 The next evolution in the Evercade line arrives this November.

Blaze’s Evercade VS is a home console supporting four players, compatible with existing Evercade cartridges. Not every cartridge though, sadly – the two Namco Collections are a no-no due to handheld licensing issues.

The Evercade handheld itself can be used as an additional controller. Alternatively, it supports third-party USB and wireless controllers, including the Xbox Adaptive controller and 8bitdo pads.

It also has two cartridge ports, a la Tiger’s uberflop the Game.com, allowing two cartridge libraries to be combined. Outputting at 1080p and featuring WiFi for updates, it’ll feature a new and improved UI with an array of screen filters and other options too.

The console packs a 1.5Ghz quad-core CPU and 512MB DRAM. Save states will remain on the cartridges, so handheld owners can continue games on the move.

The Evercade library currently includes over 260 games spread across 18 cartridges, with more to follow in 2021. These include a mixture of Codemasters, Atari, Data East, Namco, Interplay, Jaleco and Technos titles. The upcoming Worms collection is eagerly awaited, featuring the fan favourite Worms Armageddon.

The system hosts indie titles too, including the excellent Xeno Crisis – available on a double-pack with the 2D platformer Tanglewood. The majority of carts cost £15.