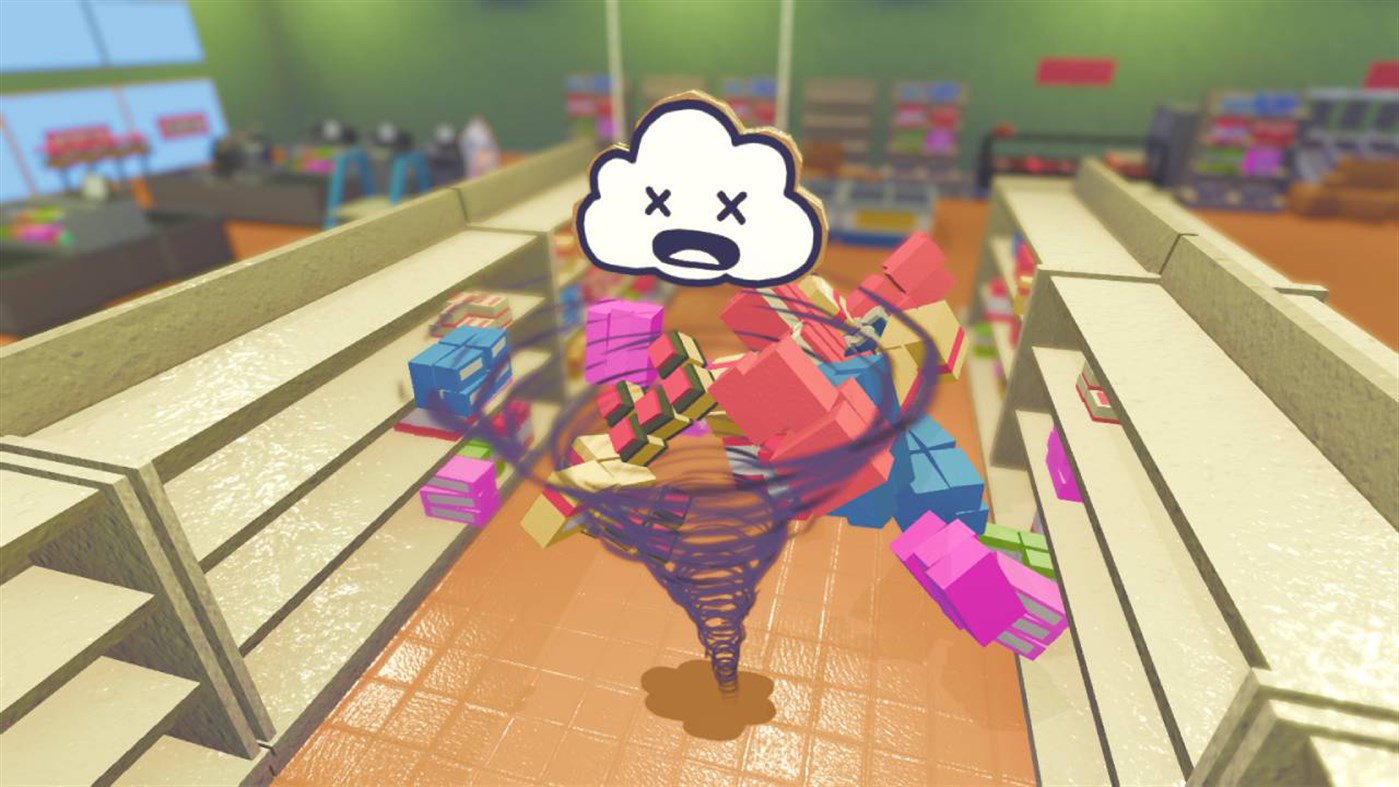 Although billed as a mischievous sort, Cloudy’s shenanigans go beyond being harmless surprisingly often, with one early mission centred around stopping soldiers from deactivating a bomb. As the saying goes, you can never trust a rain cloud.

This is one of those rare games where the more you play, the more you learn about its development and how it came to be. During the curtain call, it’s revealed the developers set about creating 50 challenge stages between themselves, each of which had to be suitablely different and, more importantly, fun.

Some stages are single-screen affairs with a fixed camera, usually providing a single focused challenge with a time (or water) limit, while others are set in large cities and within the great outdoors with a list of objectives to work through at your own pace.

Video game pastiches and traditional boss battles feature too, with one parody taking around ten minutes to complete – noteworthy when the majority of the fifty missions can be beaten within 2-3 minutes. It starts off simple with a beautiful wedding to ruin. After this, anything goes – cattle ranching, shopping, gardening, farming, espionage, and lots of potential for wanton destruction.

Stages are spread across an island hub world – which has its own secrets to discover – and each has a minimum number of objectives to clear before you can tackle the next. Objective descriptions are purposely vague, but even so, it’s usually obvious what the task at hand entails simply by looking at the level layout.

Every ten stages or so a new ability is gained, giving greater scope for causing chaos. Sadly, this doesn’t extend to deeper puzzle solving. This is a straightforward affair – only the aforementioned boss battles (Cloudy has an adversary known as Mr. Dryspell) up the ante, and puzzles don’t go much further than mixing colours. Even the destruction-based missions omit target scores to beat – whatever score you managed within the time limit will suffice.

More disappointingly, several stages consist of nothing more than holding down an action button while darting around. The stages centred around cleaning toilets, filling a man’s driveway with snow, and summoning meteors to wipe out prehistoric life can all be beaten this way, requiring no effort.

I was always eager to see what offbeat quest the game would stump up next – and this alone was enough to spur me on – but I never felt particularly challenged or encouraged to do better. Only the boss battles and a couple of the video game pastiches gave any real sense of satisfaction.

I didn’t expect Dark Souls difficulty here, but I did expect to fail a few missions before having a ‘eureka’ moment, and that’s something that simply never happened. It’s a shame it couldn’t be both clever and comical – Donut Country proved that both can co-exist within the same calamitous universe.

This looseness results in a game that’s fun yet flimsy. There’s some impressive tech on display, with the tornado ability able to throw around countless obstacles, and the presentation has a jaunty and comical tone, right down to being able to scribble Cloudy a new face.

I don’t doubt that younger gamers will find it a hoot. Like a rain puddle, it’s fun to splash around in. Sadly, it’s also just as shallow.

Rain on Your Parade is developed by Unbound Creations and out now on Xbox One, Switch and PC.

SCORE
6
Rain on Your Parade