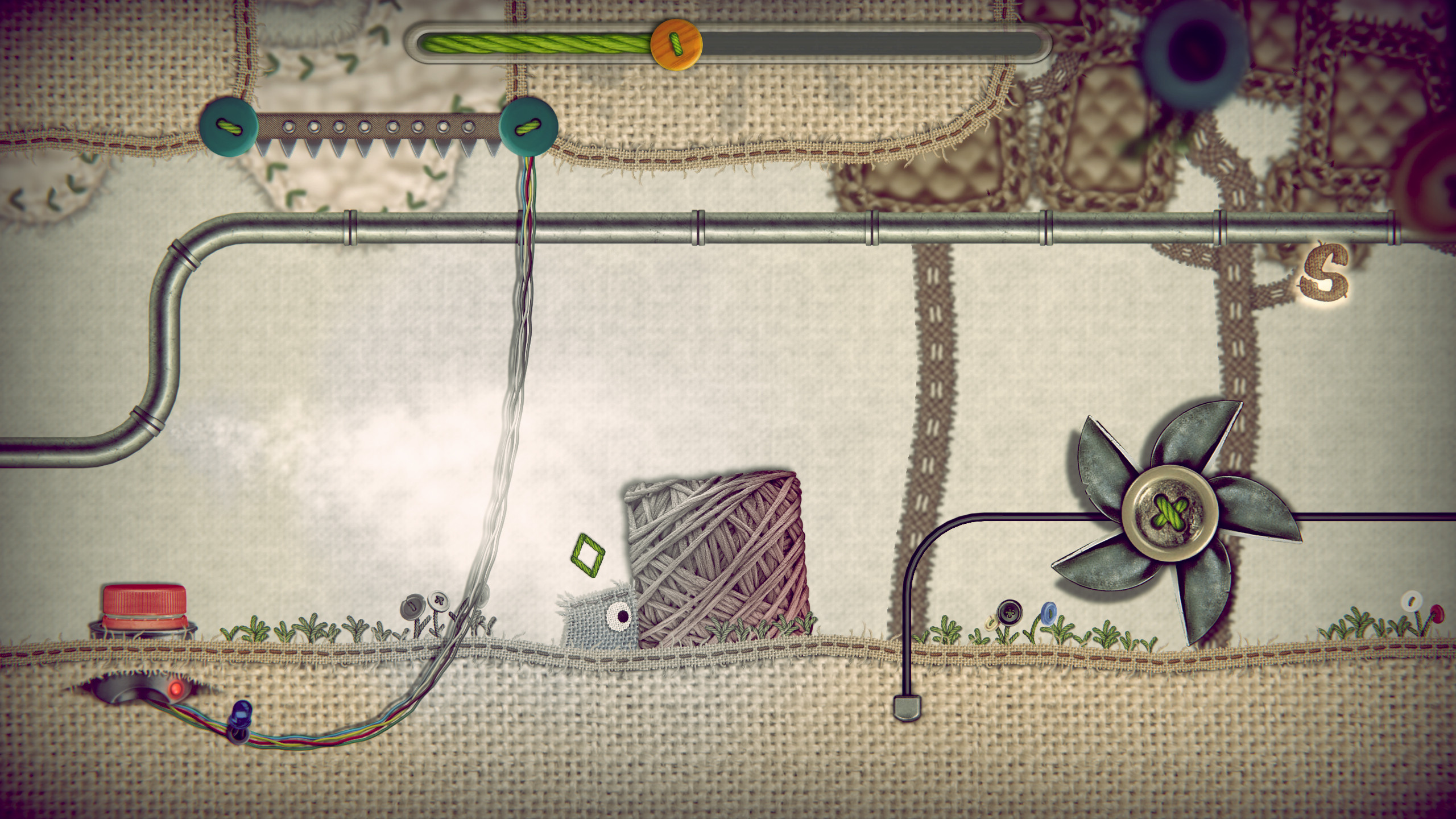 This charming patchwork-style platformer is filled with puzzles to overcome as you set about finding your beloved Samantha. As seen in Yoshi’s Woolly World, the colourful design not only draws you in but makes for an incredibly eye-pleasing experience; one accompanied by some ‘easy listening’ tunes to put a spring in your step.

Words from a hand-drawn, lovingly crafted, storybook are also missing. Throughout the levels, you collect these rogue letters to unlock story segments, which are then read by a narrator – award-winning actor, presenter and comedian Rufus Hound, no less.

You play as George, a small swatch of fabric. There are 45 levels in total with various physics puzzles, mostly focusing on seesaws, scales, and other weight-dependant platforms. Saw blades, combs and planks of wood filled with pointy screws act as hazards, while thimbles are used as teleporters.

If George eats a plant, he can transform into a blue block, allowing him to proceed past tilting bridges and such. He can also split himself in two where you control both small blocks, mainly to activate switches. Specific buttons are used to split, merge and block swap – merge pieces back together, and he can become one big and slow purple block. During later levels, George meets other fabric friends to merge and control.

The real beauty here is how short yet satisfying the levels are. The game world is a breeze to navigate, and thanks to intelligent colour coding, hitting a brick wall is uncommon.

Where’s Samantha? is incredibly welcoming, and its nonviolent nature makes it an easy recommendation for adults and children alike. Or more specifically, for adults looking to play something with their young ’uns. It’s guaranteed to make you feel victorious once a level is completed, and it’s cute as a button too.

Where’s Samantha? is developed by Respect Studios and available now on Steam.