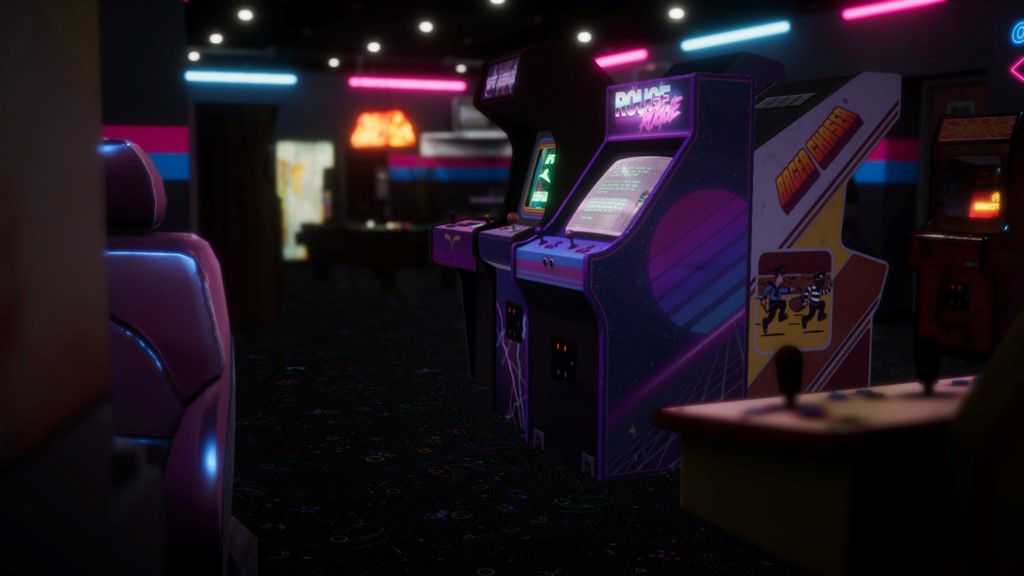 It was Arcade Paradise, from developers of Vostok Inc, that caught our eye. It’s billed as an adventure game but sounds more like a business/management sim. That said, the majority of gameplay mechanics are yet to be outlined.

You take the role of Ashley, who has just received keys to the family laundromat. Rather than rinse and repeat, Ashley chooses to turn it into a thriving arcade.

Ashley’s father – voiced by Doug Cockle (known for his voice acting in Victor Vran and The Witcher series) also plays a key role. Adding to the general production values, a soundtrack of ‘90s records is promised via a jukebox.

Over 35 faux arcade games feature, all of which are playable – everything from early vector graphic games to 32-bit power houses. A number can be played with others locally, and online leaderboards – connected by a dial-up modem, no doubt – feature too.

Arcade Paradise is due this year on all-formats. The Steam page is now live.