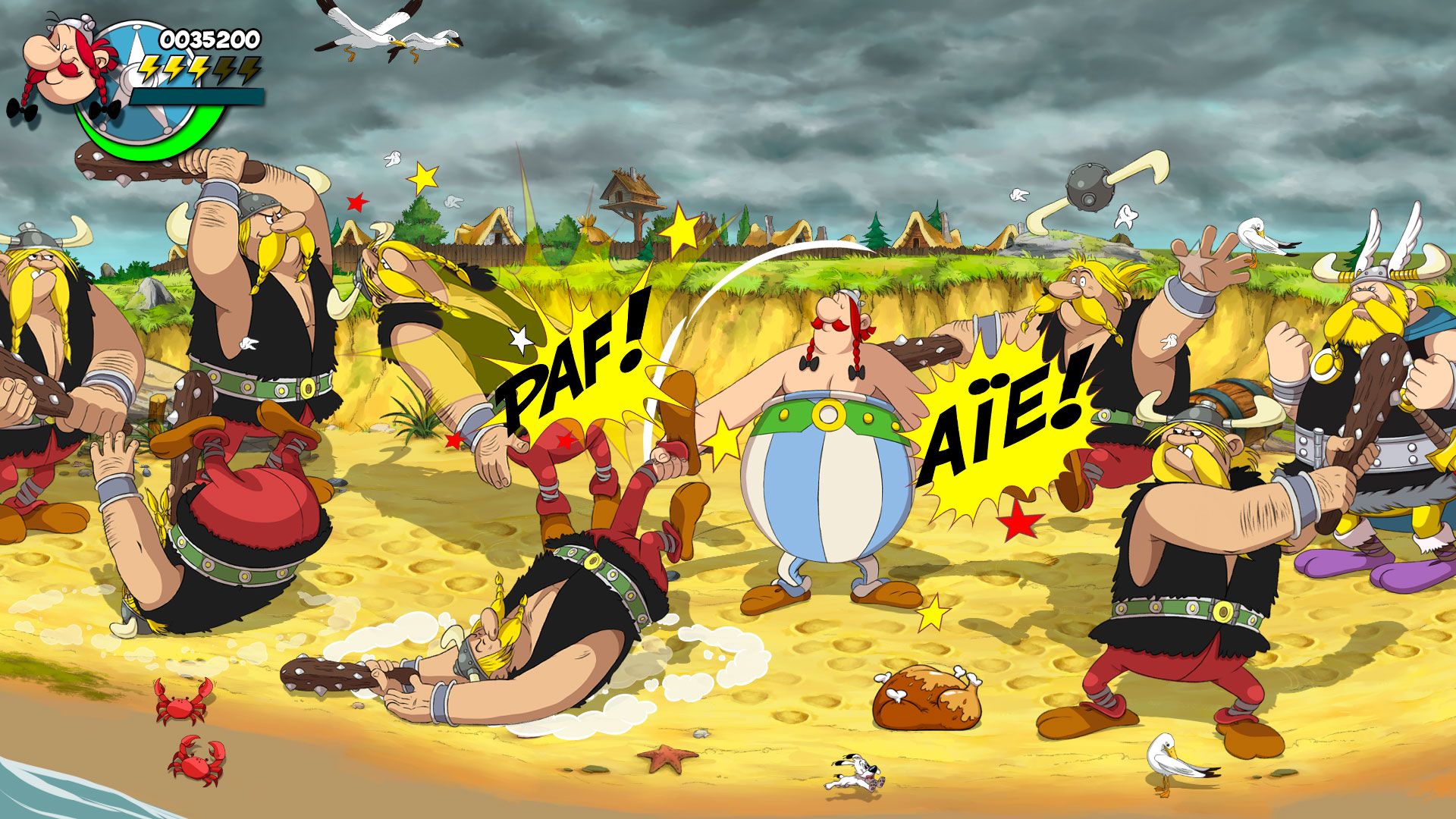 One running joke between ‘Team Games Asylum’ is that one of us should write an Asterix coin-op lookback, following our retrospectives on The Simpsons Arcade and TMNT: The Arcade Game. The joke here being that both Adam and Jake didn’t know such a thing existed.

If you stepped into an arcade circa 1992, you may have spotted Konami’s arcade game in all its majesty – a brightly coloured scrolling brawler with lovingly crafted visuals, highly reminiscent of the comic books. Konami really went the extra mile to capture attention to detail.

After spending the past few years remastering Asterix’s PS2 era platformers, publisher Microids is turning to something new. Asterix and Obelix: Slap them All! is a scrolling beat’em up paying tribute to Konami’s retro classic, also hoping to please fans of the Asterix animated movies.

It’s due on PS4, Xbox One, Switch, PC and Mac later this autumn. Hopefully, the sky doesn’t fall on our heads before then.

Asterix and Obelix: Slap them All!