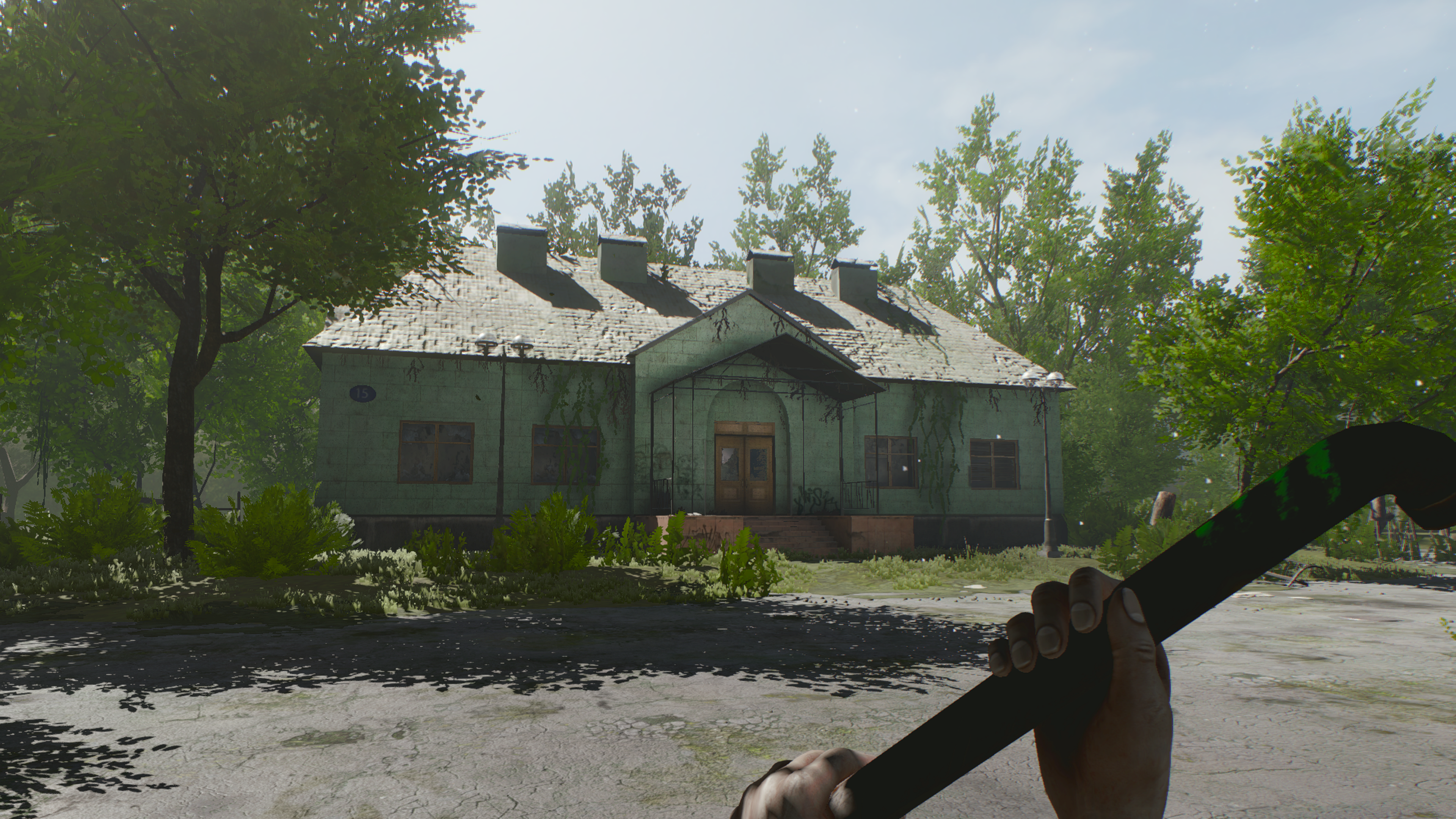 Sergey Noskov’s 7th Sector left quite the impression on us. This atmospheric adventure entailed a spark of electricity leaping around a cyberpunk city, harnessing the abilities of various electrical devices – from children’s toys to security drones. All the while, the threads of a plot started to emerge, mostly told using smart environmental storytelling.

It seems that before we experience Sergey Noskov’s next magnum opus, a trip to the developer’s past is in order – In Rays of The Light is a remake of The Light, a former PC exclusive from 2012.

Set in an abandoned building that nature has begun to reclaim, this first-person adventure mostly entails making sense of the situation you’re in. After waking on the top floor and grabbing both a nearby torch and a lead pipe, you’re instructed to trust the light. Simply put, if you see a flickering wall light or lit candle ahead you’re on the right path. In the absence of a quest log or objective list, this is the only guidance given throughout the whole 1-2 hour adventure.

Exploration is the order of the day. Slow-paced exploration, at that – the mute (and nameless) lead walks and turns slowly, and even the sprint action is more of a leisurely jog. As you start to explore the dilapidated building’s rooms, opening metal lockers and wooden cabinets, you’ll start to build a collection of notes and photos that piece together the past, as well as discovering a few items of importance such as keys and fuses. Some locations are also gated off with padlocks that require codes hidden within the environments. Quelle surprise.

The presence of a traditional fuse box puzzle provides a welcome break from searching rooms and trekking around the building’s perimeter. It’s a shame more puzzles weren’t implemented, as it may have pushed the experience out of the realms of being a walking simulator. Despite the protagonist clutching the lead pipe for dear life, there’s no combat – it’s mostly used for destroying wooden objects.

The biggest task at hand is restoring power to the facility, unlocking the area for the game’s second half. This is where things become a little twisted. Screams can be heard in the background and warped shadows appear. This introduction of horror elements help makes the experience more memorable, and due to being more linear, the game’s second half is also less vexing.

To hammer home how heavy the focus on exploration is, at one point we needed some coins to progress, which caused is to hit a brick wall until we revisited each room in the multi-floored building and scoured every work surface and shelf we could find. There’s no means of failure – if you get stuck, the only way to progress is to backtrack until you discover whatever it is you’ve overlooked.

Visually, In Rays of The Light is impressive for a title made by a small team on what was likely a small budget. Still, it’s a mystery why the framerate isn’t smoother considering this isn’t exactly an action-packed affair. There isn’t much in the way of in-game text or dialogue either, and the few descriptions that are present are a bit garbled – one of many signs that English isn’t the developer’s first language.

Controls are a little unintuitive too. L3, which is usually used to run in games of this ilk, is instead used to turn the subtitles on and off. These are all minor complaints, we should note, and they don’t distract from the experience too much.

In Rays of The Light is a game with a story to tell, and it does it in quite a compelling way. As you explore, a picture is slowly formed of the building’s history and what happened to the people that once lived there, and this alone is enough to drive the experience forward for its fleeting 2-hour duration. Ultimately, though, this is a simple game despite the visual clout. Had come from a bigger, more renown, studio you’d likely be left expecting a little more.

SCORE
6
In Rays of The Light