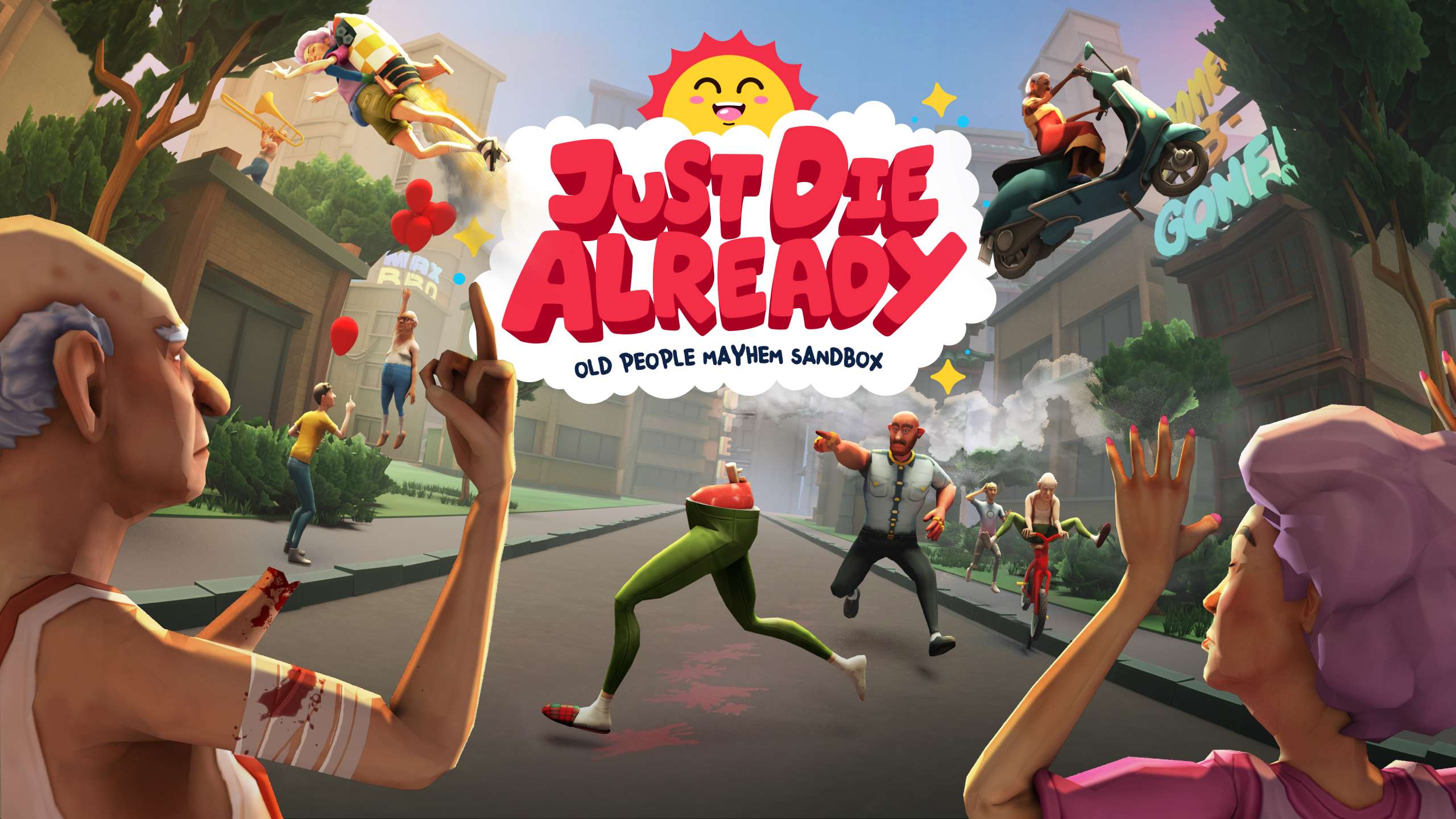 On the face of it, Just Die Already – the next game from the creators of Goat Simulator – sounds a little unpleasant.

Fed up pension hogging, property-owning, old people, the younger generation sets about ridding their city of old fogies. There’s more to it than that, thankfully, with the old-timers up for causing a spot of mayhem and teaching the young’un a lesson.

You play as Frank, a grey-haired fellow. After leaving (escaping?) their nursing home, what then ensues is a city-based sandbox of carnage with car crashes, raging infernos, explosions, jet packs and – what appears to be – lightsabers. Oh, and bodily dismemberment – it’s a little grisly.

If you played Goat Simulator, you’ll know what to expect, right down to the trademark wobbly ragdoll physics and silly objectives. The trailer below suggests it’ll be less glitchy, ergo more polished, so hurrah for that.

Publisher Curve Digital originally just had a PC version planned, but now it’ll be breaking a leg on PlayStation 4, Xbox One and Switch too.

Like the game’s setting, look out for a release date in the near future.