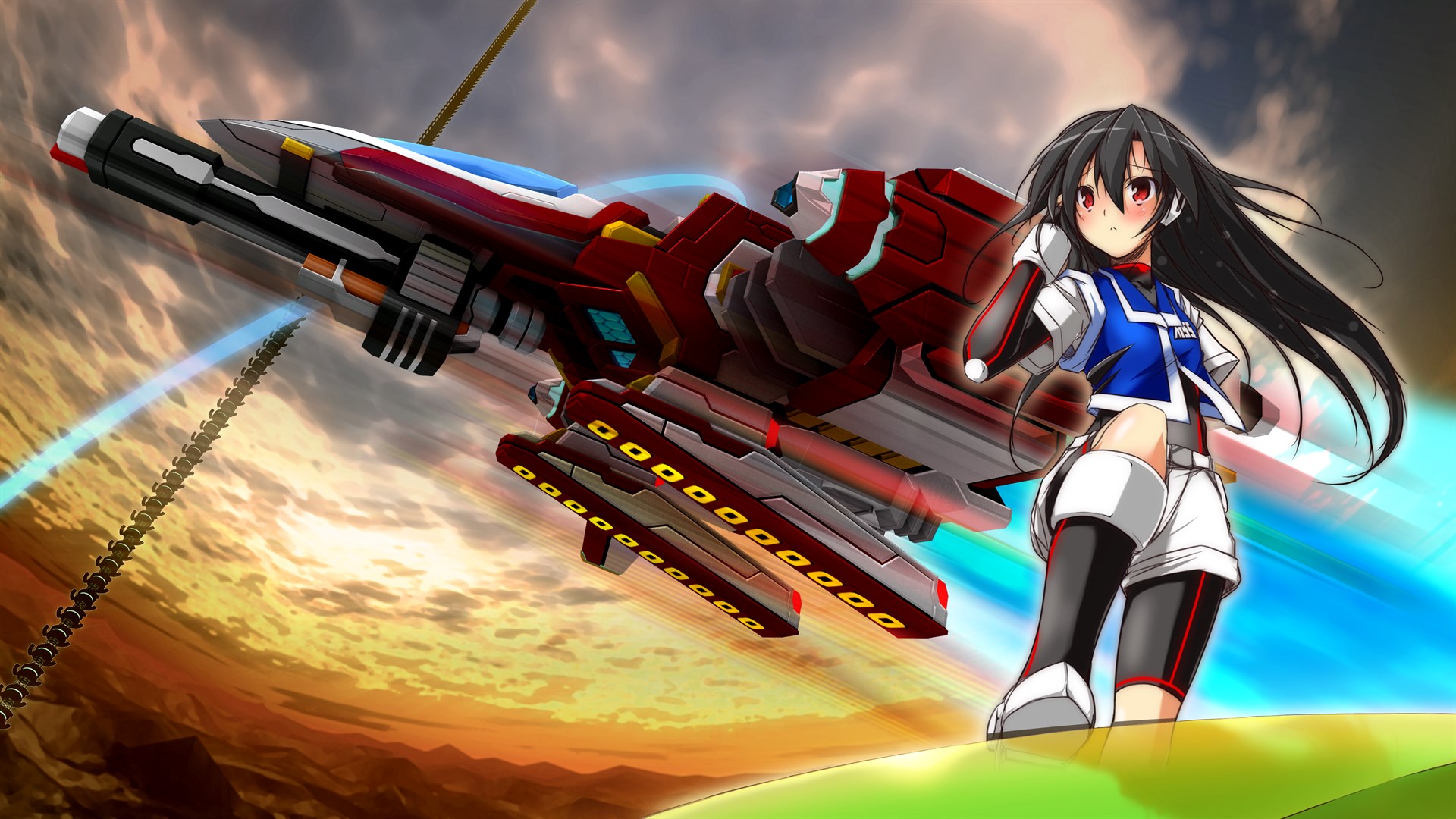 “How can we make retro-inspired shooters more rewarding?” Qute Corporation’s Natsuki Chronicles is seemingly a direct response to that question, constantly dishing out new weapons, upgrades and rewards via an XP/levelling-up system. Every failed attempt unlocks something new, while improved shields and additional credits are dolled regularly to ensure no gamer is left behind.

It also helps that this bullet hell shooter is less chaotic than most. It’s fast-paced, yet projectiles are always (relatively) easy to dodge as their trajectories are indicated clearly, while advance warnings for incoming enemies are commonplace. Together with a unique rechargeable shield, this makes for a remarkably manageable experience by genre standards.

It’s also possible to chip away at the story mode at your own pace, freely retrying past stages on harder difficulties with upgraded arsenal, or partaking in training missions that allow for experimentation with new weapons. The grind to 100% completion is never unpleasant.

Experimentation is crucial due to a three-weapon set-up. Primary weapons are a typical assortment of spread shots, wave beams and searing lasers, while secondary weapons including homing shots, carpets bombs, and the ability to shoot from behind. There’s a special weapon too – a shield of sorts which has different formations and radiuses, including a homing ability. This can also be used to mop-up glowing bullets.

Each stage has different enemy types, and bosses vary wildly, and so it pays to mix ‘n match arsenal. It’s a good idea, for instance, to equip bombs before starting a stage with ground units.

Arcade and story modes feature the same level layouts and bosses, and yet, they play differently. Arcade mode gets rid of the comm chatter between the anime-style leads, and also features a more traditional power-up system where arsenal is switched by collecting icons, as opposed to being selected before a mission starts. Online leaderboards keep tabs on progress and rankings, and extra credits are added frequently. This mode has its own options menu too, including a choice of speeds.

Progression through the story mode is somewhat slower due to it being more open and the addition of bonus training stages. There’s a bigger emphasis on unlocking everything and tackling the harder difficulties too, as evidenced by progress percentages.

Visually, Natsuki Chronicles is slick with complex 3D backdrops and plenty of variety between bosses and stage locations. It’s easily on par with Rigid Force Redux. Menus are bold and clean-cut, while the music is often catchy. The vocal work isn’t dubbed, however, so you may miss out on key plot points during the heat of battle. The timeline crosses into Ginga Force – one of the developer’s past shooters – with protagonist Natsuki recalling her time in training. The two games are meant to complement each other, with Ginga Force being a vertical shooter and this being a horizontal affair.

It’s evident Qute Corporation fully understands the finer points of the genre. It also runs like a hot knife through butter, the mechanics work harmoniously with one another, and it’s respectful to your time – arcade mode takes around 30 minutes to beat and even failed attempts at progressing through the story mode grant some form of reward or extra lifeline.

Genre diehards won’t be left wanting either – later stage are appropriately challenging, while arcade mode tracks combos and formation kill rates, assisting in score-chasing. If you’ve ever wanted to get into the genre, Natsuki Chronicles is a thoroughly recommended jumping-off point.

Natsuki Chronicles launched 18th Feb on PS4 and Steam. It previously debuted on Xbox One.