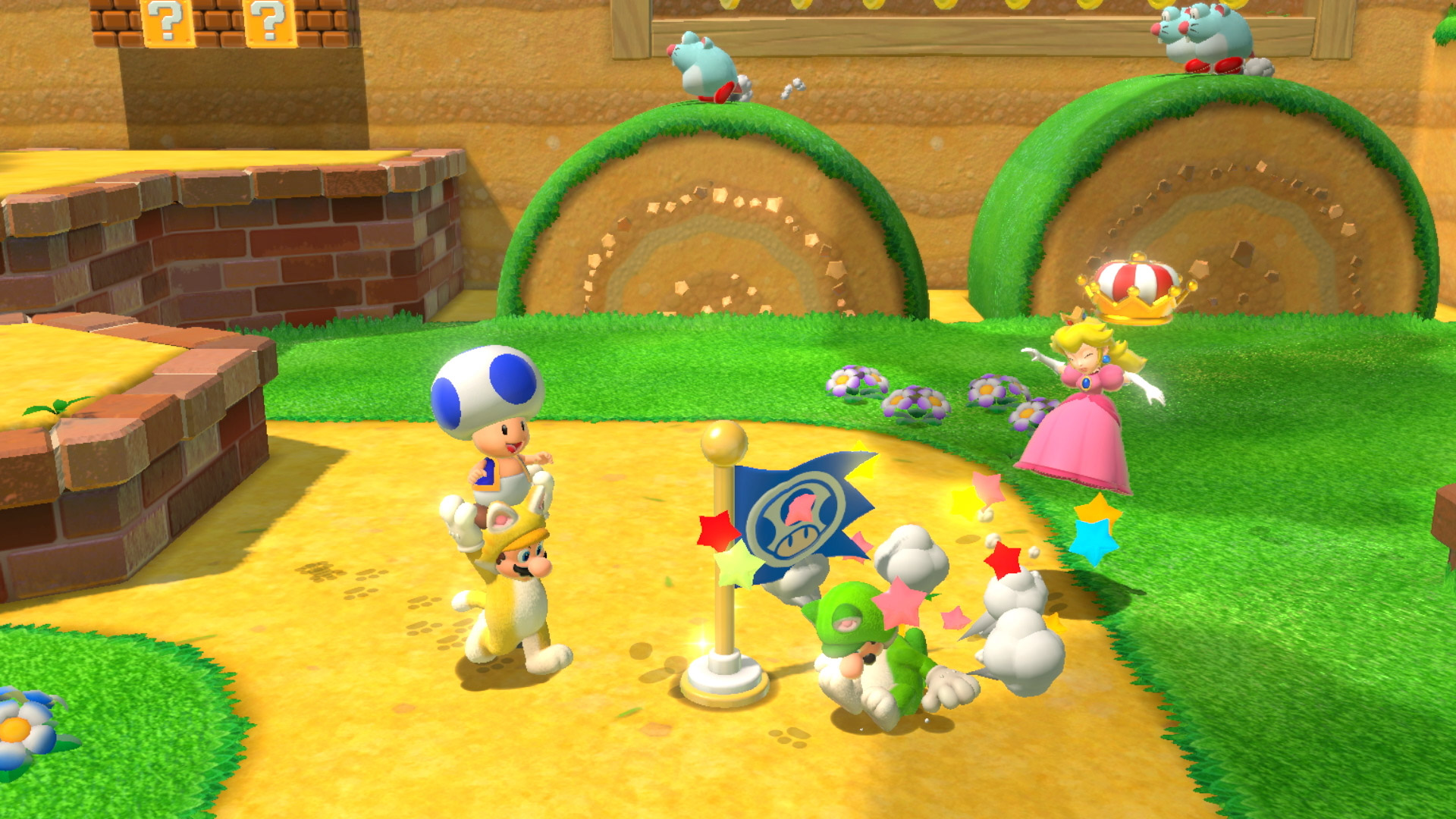 Despite Switch stock allegedly being thin on the ground last week, Super Mario 3D World + Bowser’s Fury is the UK’s no.1 for a second week running.

FIFA 21 enjoyed a sales boost thanks to a minor discount, climbing to #2.

Mario Kart 8 Deluxe rises one place to #3. The evergreen kart racer celebrates 200 weeks in the top 40 this week – the majority of which have been within the top ten.

While a milestone, this isn’t a record – launching alongside the Switch itself, Zelda: Breath of the Wild has now spent 208 weeks in the chart. And of course, Minecraft and GTA V have pretty much hung around the top ten since launch – GTA V on PS4/Xbox One entered the top 40 some 326 weeks ago.

Animal Crossing: New Horizons dropped to #4 while Call of Duty: Black Ops Cold War moved up to #5. Minecraft on Switch took #6, GTA V re-entered the top ten at #7 – up from #13 – while the flab fighting Ring Fit Adventure rises from #10 to #8.

After re-entering the top ten at #4 last week due to replenished PS5 stock, Marvel’s Spider-Man: Miles Morales falls to #9. Then at #10 it’s Ubisoft’s Just Dance 2021.

Assassin’s Creed Valhalla and Little Nightmares II have both departed the top ten, although they haven’t strolled far – the former is at #12 while the latter sits at #16.

This week sees the release of Persona 5 Strikers and Bravely Default II. Check back next Monday to find out whether either has enough clout to claim no.1.