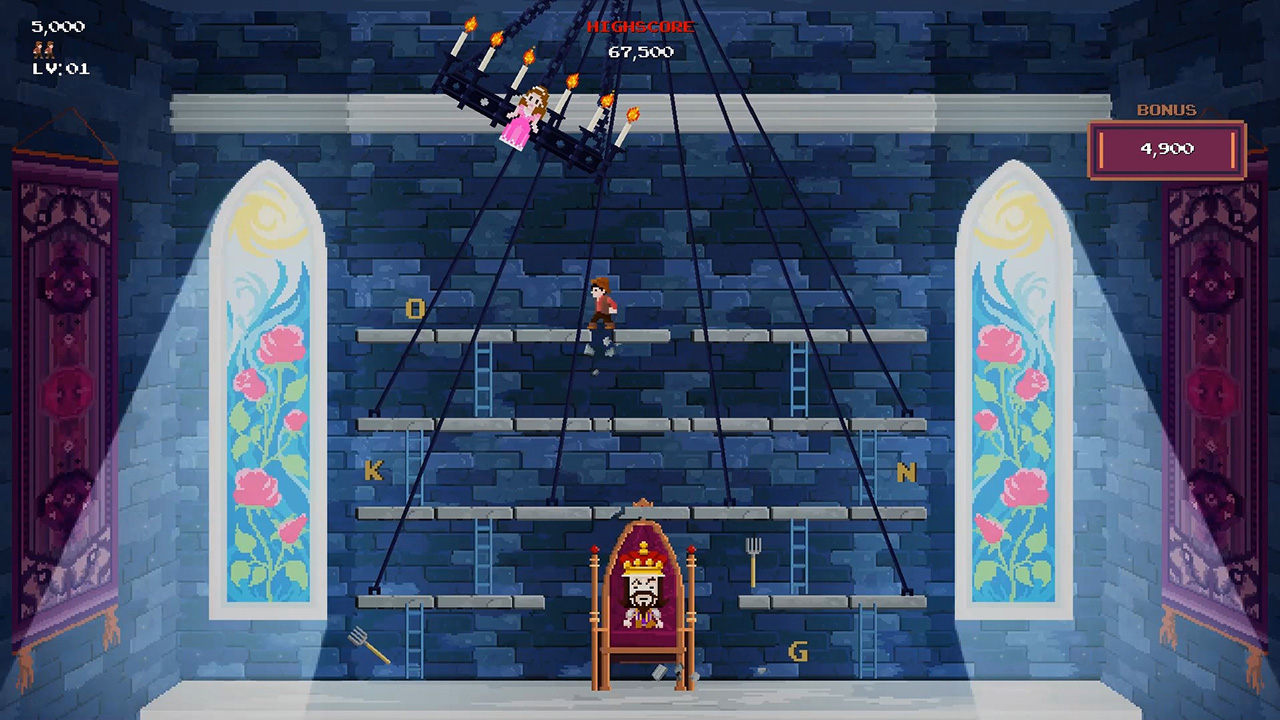 Drowning Monkey Games, the creators of Castle Kong, certainly aren’t afraid to hide their inspirations. As the name suggests, it’s a modern-retro take on Donkey Kong that promises an identical ‘hard but fair’ difficulty level.

The game’s difficulty is clearly a focal point. On launch day (25th February on Switch) a tournament goes live with cash prizes for the first player to reach the kill screen, along with prize money for those topping the leaderboards come 25th May.

Donkey Kong is known for being tough – only 40 players have ever reached the kill screen – and Castle Kong reportedly follows suit, priding itself on being harder than frozen toffee. 22 stages feature, with just three lives to last until the end.

Modern touches include Flip Grip support, widescreen (16:9) and vertical modes, and a replay system so you can learn from mistakes and watch the pros.

Featuring a medieval theme, you play as PauperBoy on a quest to save PrincessGirl from BaronMan. The action begins at the castle’s wall, before heading into the courtyard, kitchen (with pie factory), and eventually the throne room.

The eShop page is now live, with extra screenshots and details.

Tournament rules can be found here.