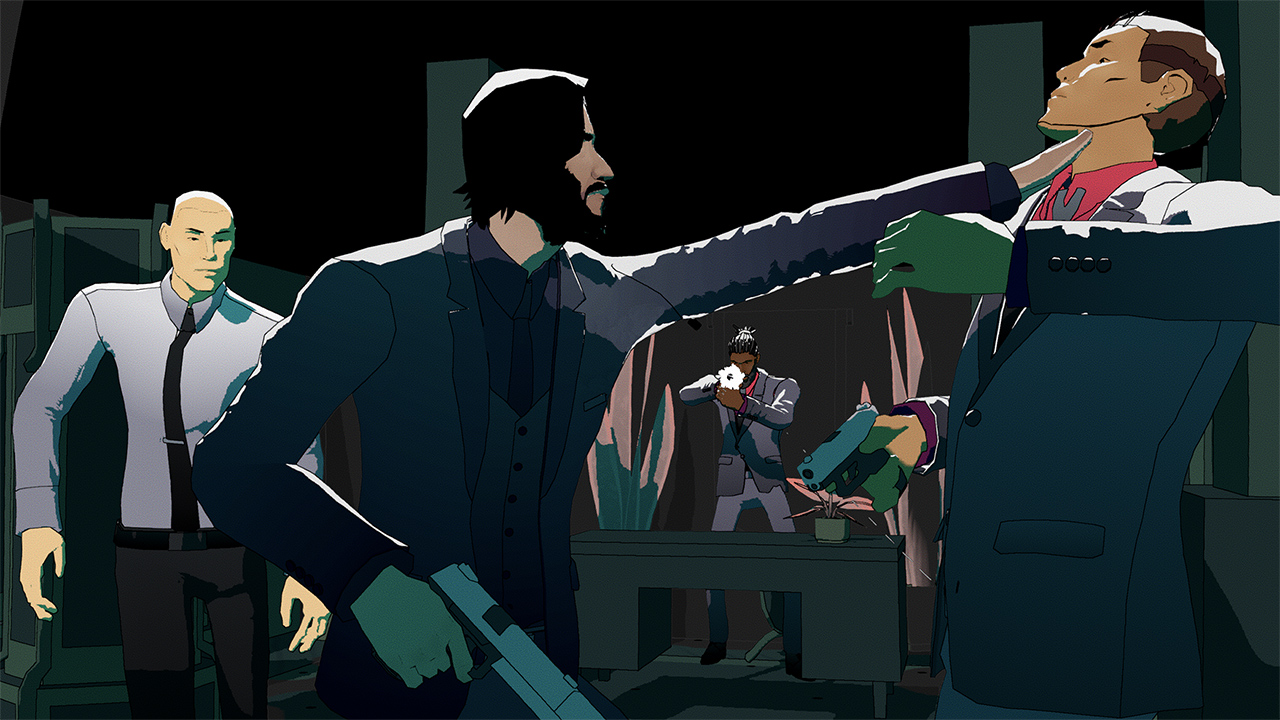 Funnily enough, the John Wick films seem to be both perfect and impractical video game material. Set in a heightened fantasy version of the real world, they involve an assassin coming out of retirement to gun down goons while rival assassins argue out arcane rules and traditions. A couple of generations ago, a publisher would have already churned out a series shoddy third-person shooters.

However, the appeal of John Wick lies in the balletic movement and fight choreography. John Wick doesn’t just take down goons – he does it beautifully. Every movement feels crafted and rehearsed, making these cinematic blockbusters more akin to dance movies. Realising this, the developers behind the multiformat John Wick: Hex have given us a strategy game where you don’t play as John Wick, but rather his choreographer.

It’s all very clever. The game works like past strategy games, except you only have one character. A timeline at the top of the screen tells you how long you and your opponent’s actions take, with each action – and certain weapons – using different timeframes. A ‘focus’ system likewise demands attention. Actions such as dodging and rolling require ‘focus’, so a steady supply is vital. Ingeniously, enemies also have ‘focus’ gauges – reducing their supply by punching them in the face is both useful and fun.

Character movement is handled in a predictable hex-based manner, selecting actions from a list before replaying the results to see if you hit ‘peak Wick’. You could, for instance, move forward and surprise a goon from behind before suddenly turning to shoot an enemy in the face. It could take as long as half an hour to set out actions, but when you watch it back you’ll see it as animation formed of split-second decisions, seemingly deployed by a master assassin.

That’s the theory, at least – it’s actually pretty rare that you pull this off and feel like John Wick. For one, the environments are clouded in fog, meaning you can’t see much apart from what’s close by. This leads to situations where you walk into an ambush you couldn’t predict, or a barely alive enemy who’s retreated into the shadows. You’ve just seen him move three steps to the right, but now he’s hidden, and you can’t fire into fog. We understand the intention behind this – it’s all in the name of added challenge and consequence – but it also prevents fluidity.

Another concern is the animation. Although the graphics are very stylish and slick, the animation side of things needed more attention. The transition between animations – say, crouching, shooting and then throwing a gun – looks stilted and far from cinematic.

In the developer’s defence, it’s clear they spent their time and resources bulking up where it mattered the most. There’s a decent amount of content, including a long list of chapters to play through, each of which is broken down into multiple stages. The story mode has voice acting from Lance Reddick and Ian McShane, while the soundtrack is both rich and atmospheric, bolstering the already impressive presentation.

For all its polish, John Wick: Hex doesn’t quite succeed. I simply didn’t feel like the begrudged assassin, and the replays lack that all-important sheen. It’s a shame because the core concept is great and it’s also clear this was something of a ‘dream project’ for the developers – there are signs of care throughout. But like a puzzle made of hex-shaped pieces, it isn’t particularly well-rounded.

John Wick: Hex is available on PC, PS4, Xbox One and Switch (tested).