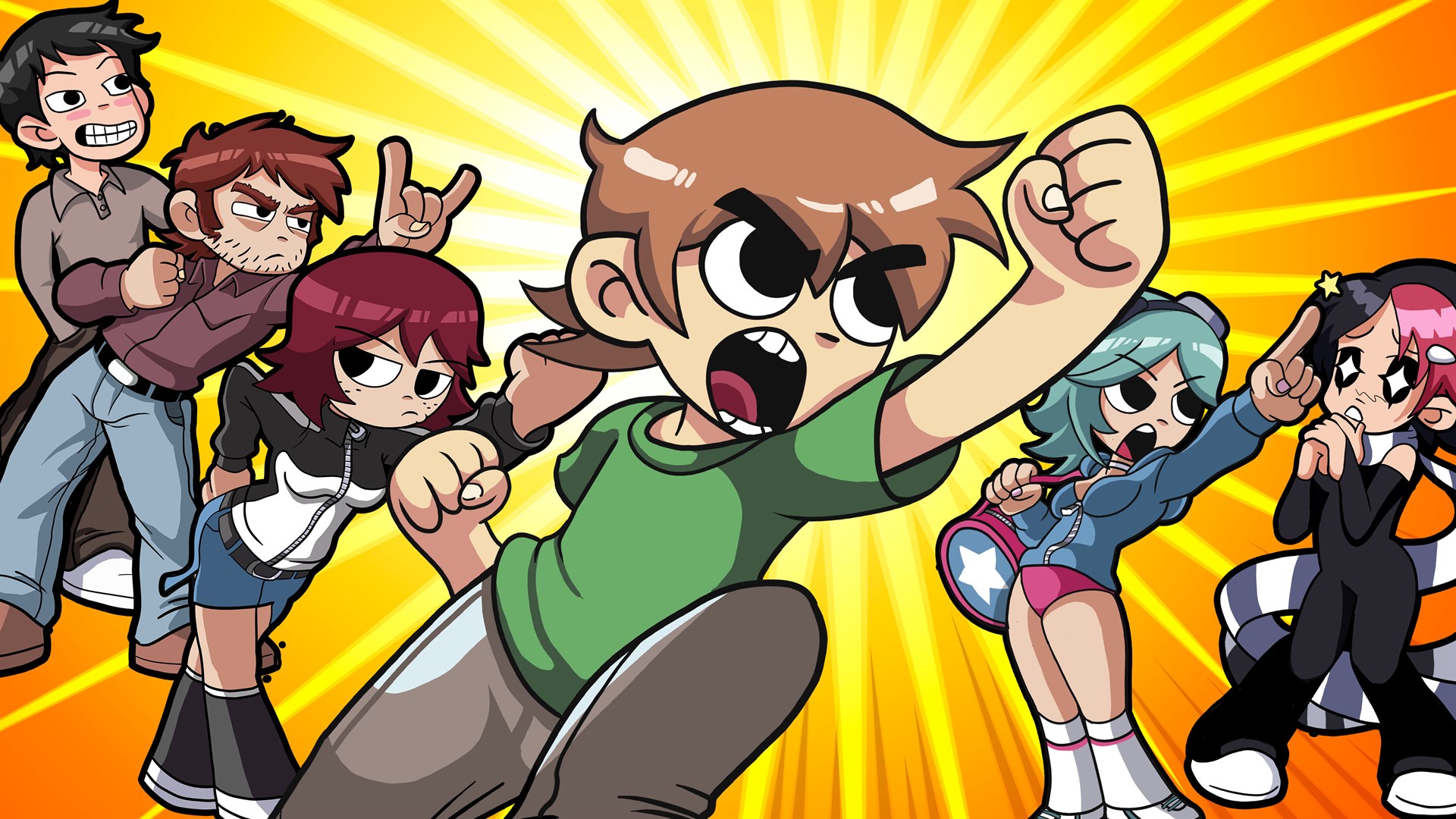 Ever since being delisted from PSN and Xbox Live Arcade in 2014, fans have requested for Scott Pilgrim vs The World’s return. It’s finally back this Thursday, giving everyone the pleasure of paying for it for a second time. It does at least include all DLC, and Switch owners can also get in on the action.

What’s so special about Scott Pilgrim? In short, it’s a very good (and faithful) 2D brawler. It also had quite a bit of talent attached to it, including involvement from Edgar Wright and animation handled by Paul Robertson – creator of the legendary Pirate Baby’s Cabana Battle Street Fight 2006.

MXGP 2020 also makes a pitstop on PS5 and Xbox Series X/S, ahead of next week’s fellow two-wheeled racer RIDE 4, while the Xbox gets Jet Kave Adventure – a side-scrolling platformer featuring cavemen with jetpacks. Historically accurate, then. It went down reasonably well on Switch around a year ago.

There’s also the retro neon-hued platformer Glitch’s Trip, which gained positive reviews on Steam, and the short story compendium Life of Fly. That too gained praise on Steam.

The Switch receives its first retail release of 2021 too, in the form of Five Nights At Freddy’s: Core Collection (also out on PS4 and Xbox One.) It may even turn up in next week’s UK chart.

Scott Pilgrim vs The World: The Game – Complete Edition

Blacksmith of the Sand Kingdom