The titular homestead refers to the cosy abode belonging to Tim, the protagonist of this first-person horror adventure.

It initially seems the house is somewhere peaceful to spend downtime between chapters, looking for scattered pages of his missing girlfriendâ€™s diary while taking in other forms of environmental storytelling. But after the first trip back home things become rather surreal, such as the bathroom becoming coated in blood and a portal to a demonic realm appearing in the cupboard under the stairs. Harry Potter never had to contend with this.

These portals are access points for the gameâ€™s four chapters, set in such locations as a ramshackle apartment block, a police station and a multi-floored school. Thatâ€™s to say, Thai developer Yggdrazil Group â€“ an offshoot of a movie production company â€“ has managed to avoid the ultimate horror game clichÃ© by not setting their game within an abandoned hospital or a deranged mental asylum. 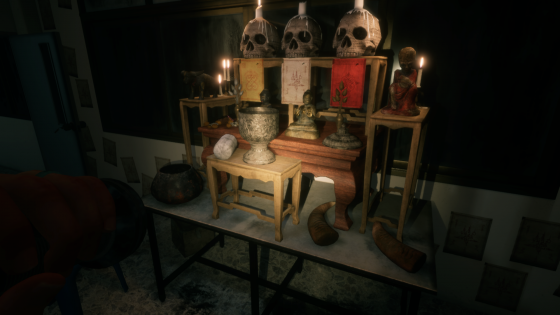 In fact, by favouring Thai mythology, theyâ€™ve successfully managed to avoid using many of the well-worn tropes associated with the genre.

Many, but not all. The story begins with Tim trying to escape the clutches of a psychotic, knife-wielding, teenage schoolgirl â€“ an entity most gamers will have encountered dozens of times before in games such as Fatal Frame and Siren. Her limbs are twisted and bend; her face is coated in blood. She can be observed sobbing uncontrollably, and as soon as catching even the smallest glimpse of Tim she lets out a genuinely bone-chilling scream. Eluding her grasp is tense, challenging, and rewarding.

Later, demons are introduced. Unlike the reoccurring malicious maiden, demons remain rooted on the spot â€“ they can only be drawn away from their â€˜postsâ€™ by finding and lighting incense. This puts a focus on rummaging around the environments to find the items required to progress. Hammers, crowbars, keys, ID cards, boxes of matches â€“ Home Sweet Home certainly doesnâ€™t fall back on warped logic. 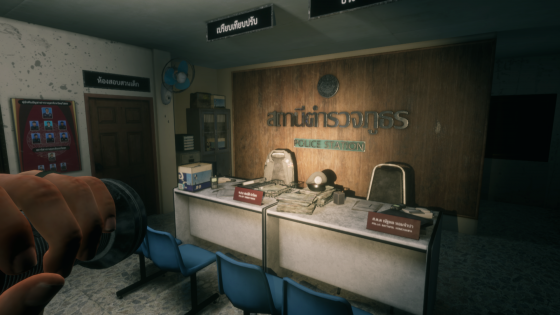 Another chapter introduces a colossal beast that towers above the environments. His glowing red eye coats the world below in crimson. Accidentally stroll into his field of vision and youâ€™ll soon feel his wrath, prompting you to remain in the shadows and only move while his back is turned.

This is Home Sweet Homeâ€™s rogueâ€™s gallery in its entirety â€“ three evil entities used shrewdly and sparingly in different situations and locations. Up until the final chapter, Tim is defenceless â€“ heâ€™s armed with just a torch, and so stealth is the only option. This mostly entails hiding in lockers, a la Metal Gear Solid 2, and scurrying under desks until the path is clear.

The twisted schoolgirlâ€™s AI routine is reasonably simplistic, ergo predictable. But within this simplicity, lies an uncomplicated elegance – the stealth sections rarely frustrate as it never takes more than a couple of failed attempts to memorise movement patterns. While letting out the aforementioned scream (the sound design is a highpoint, incidentally), a few precious seconds are at your disposal to run and hide. 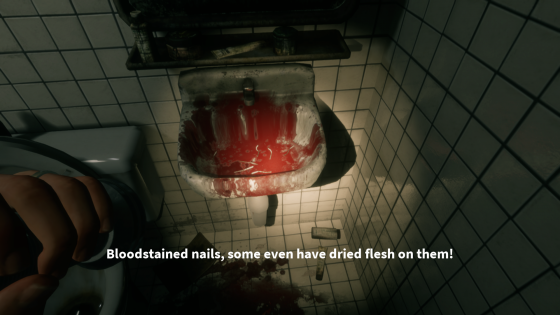 Tim can withstand a couple of attacks, too, and the fact that checkpoints arenâ€™t far apart also helps keep frustration levels low. As for the towering giant, itâ€™s always obvious which areas are no-go zones. Shadows light the path ahead, so to speak.

A few pointers wouldnâ€™t have gone amiss elsewhere, however. Mission objectives are often no more descriptive than â€˜Escapeâ€™ or â€˜Find an exitâ€™ and there are no hints whatsoever during the few puzzles that feature. Particularly when back at Timâ€™s home, youâ€™re often forced to search high and low until finally locating the object required or a hidden trapdoor (or similar) to access the next area.

It eventually builds up to the chapter set within a school, involving lightning candles found on different floors while overcoming various stealth sections along the way. Itâ€™s the most demanding mission of all, taking at least an hour of the gameâ€™s 4-5 hour runtime. The use of hidden collectables helps to add some additional playtime. Handily, itâ€™s possible to see how many undiscovered collectables remain in each chapter. 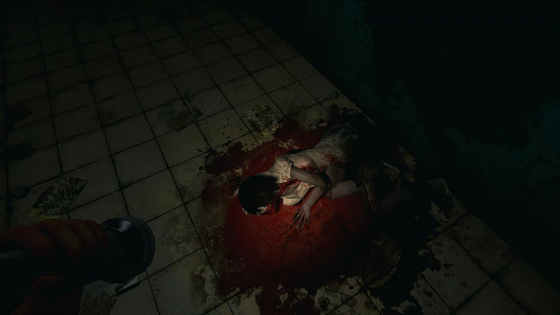 Home Sweet Homeâ€™s mechanics may be simple but theyâ€™re all rather effective. It also helps that it’s reasonably accomplished visually, with a decent amount of detail within the environments â€“ the schoolâ€™s art department is a notable highlight â€“ and atmospheric use of lighting. The voice acting is of questionable quality, but to be honest, we would have been disappointed if this wasnâ€™t the case.

While Home Sweet Home may not be remembered for being wholly original, it does deserve recognition for offering an entertaining, and occasionally unnerving, ride.