Some of the bigger gaming sites have come to standstill over Christmas, even ignoring such news stories at the Christmas no.1. We’re still here though, which is fortunate as Nintendo’s eShop line-up is now live. Despite what you may expect, there are a fair few big hitters due before the week is out. 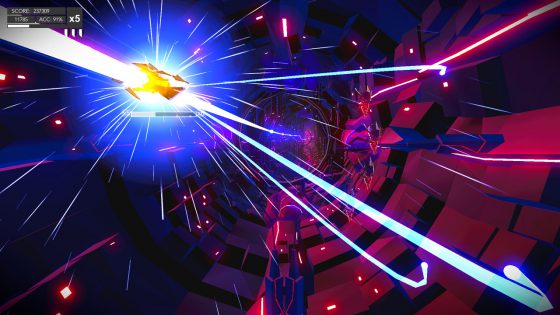 Also, the monochromatic single-button auto runner Odium to the Core – which we reviewed yesterday – the pixel art survival platformer Rain World, and ANIMUS…which looks highly similar to Dark Souls. At £7.99 though, we aren’t expecting much.

Then for those hankering for an arcade fix, there’s King of Fighters 2002 and Johnny Turbo’s Arcade: Heavy Barrel.

Here’s the full release list. You may notice a few other familiar faces, such as belated conversions from BigBen (Tetraminos and Brick Breaker), along with Digerati’s pixel art adventures Uncanny Valley and The Aquatic Adventure of The Last Human. 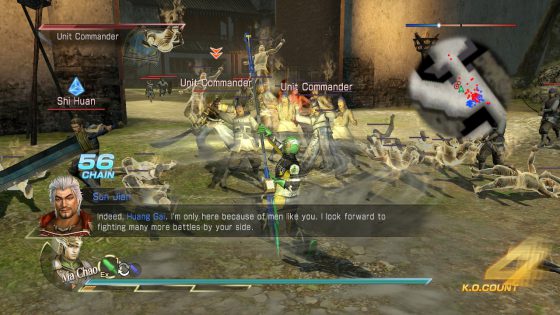 Catastronauts – £12.99
Can you deal with unrelenting disaster and hold your ship together long enough to destroy the enemy invaders? Repair systems, extinguish fires, arm the torpedoes, avoid deadly solar flares, destroy your friends and clone them back again; it’s all in the life of a Catastronaut!

The Keep – £15.99
Enter the Keep as an unsung hero on a quest to destroy the mighty wizard Watrys. Explore the dark and complex corridors, treacherous prisons and subterranean realms in this first-person dungeon crawler featuring real-time tactical combat, a unique rune magic system, and puzzle solving.

ANIMUS – £7.99
places the gamer into the role of a solitary warrior who must fight his way through a dark and desolate world full of horrific monsters. The mythology-based hardcore action style transports the gamer into the realm of the game, and its namesake. ANIMUS is very tactical in that it requires the learning and application of tactical skills to defeat enemies who would otherwise brutally punish any gamer expecting casual battles.

Omega Strike – £13.49
Omega Strike is a Metroidvania game with a huge, open-ended world and multiple playable characters. As Doctor Omega and his mutant armies march toward world domination, only a few brave freedom fighters stand in his way.

Tetraminos – £8.99
The classic arcade game is back in a supercharged version! For beginners or veterans, Tetraminos offers an easy-to-learn, limitless challenge. Give your brain a workout with the 50 Puzzle mode levels, survive as long as possible in Endless mode and rack up the combos and same-colour lines to climb to first place in the online ranking. Challenge your friends in local Versus mode with up to 4 players and sabotage their boards in wild games.

Blacksea Odyssey – £11.69
The hunt is on! Get ready to battle colossal space monsters in Blacksea Odyssey, a savage, top-down rogue-lite shoot ‘em up RPG.

My Little Riding Champion – £31.99
Get ready to fulfil your dreams at a gallop. The village’s riding club needs you to win the next major competitions. Choose your favourite horse, train it and win medals for your club!

Mech Rage – £8.99
Mech Rage is a top-down shooter, set in a science-fiction universe. Take control of John – a greenhorn captain of an intergalactic spaceship, Excalibur. Defend your ship and crew from a sudden alien attack. Your only weapon is an advanced Combat Mech. Take control of its armanents, traverse multiple varied levels, and clear the corridors of your ship from the alien infestation. Your fate depends on your combat skills, reflexes and endurance. Upgrade your mech, obtain new weapons and use them to stand your ground against increasingly overwhelming enemy assault. Are you ready for combat?

Rain World – £17.99
Inspired by the simplicity of 16-bit classics, this survival platformer requires fast-paced sneaking to catch your own prey and elude ravenous predators. Grab your spear and brave the industrial wastes, but be wary of the many pitfalls and traps that litter the broken landscape.

Mentori Puzzle – £6.29
Puzzle game featuring the popular Mentori characters. Use the “Hiyoko Ball” anytime to easily make combos. Easy to pick up for newcomers to the genre. Progress the “Story” to collect Photos and have fun with Mentori 4-Box Manga.

ACA NEOGEO THE KING OF FIGHTERS 2002 – £6.29
The 9th entry in the KOF series. In this tame, the “Striker System” is replaced by creating teams for the comeback of the “3-on-3 Battle Mode”.

Venture Towns – £8.99
Stores, houses, mansions–towers! The sky’s the limit as you fashion your humble burg into the world’s most powerful fiscal force! Place compatible structures near each other to craft specialty districts or “combos,” adding flavor to your town while reaping big bonuses and boosting Land Price!

Johnny Turbo’s Arcade: Heavy Barrel – £7.10
Fight through the enemy’s army and collect pieces for a secret weapon to destroy their underground artillery base.

Abyss – £2.69
Your mission will be to find the “Gaia” energy stones by exploring the depths. To do so, you must control Nep2no by counteracting gravity and the surrounding darkness with the aid of a Light that will go out little by little.

Odium to the Core – £4.49
Guide Odium through dangerous and intense music-fueled levels to fight and stop the spreading corruption. Reach the core and save the world!

The Aquatic Adventure of the Last Human – £11.69
Explore the ruins of humanity in this mesmerising underwater action-adventure. Discover thriving wildlife, encounter monstrous beasts, and let curiosity guide you through an inevitable voyage of extinction.

Uncanny Valley – £8.99
Welcome to Uncanny Valley – an unsettling story-driven survival horror where nothing is as it seems. Explore an isolated facility and solve its many mysteries, but be warned: the choices you make have meaningful consequences that will determine your fate. Play through multiple times to reveal all of Uncanny Valley’s darkest secrets.

Cake Laboratory – £2.69
Cake Laboratory is a stacking game with a sweet twist to it. Use cakes instead of taking breaks, and make the most delicious tower.

Super Treasure Arena – £7.99
Super Treasure Arena is a unique mix of retro-inspired arcade action and objective-based arena shooters for up to 4 players. The result is a frantic game where collecting and stealing coins from your opponents is the key to victory.

Diggerman – £4.49
Let’s dig together, let’s find some treasures, let’s put them on the ground and make some money!

Pipe Push Paradise – £9.89
Pipe Push Paradise is a challenging, plumbing-based puzzle game. You’ve arrived on a lonely island faced with a hero’s calling. Rise to the occasion (push pipes around) and restore this paradise to its former glory.

Brick Breaker – £8.99
Brick Breaker, the classic arcade game, is back with a breathtaking new version. Its explosive gameplay – unique and timeless – is filled with surprises. Sharpen your reflexes and precision to overcome the hundred different levels that await you. Collect bonuses, avoid traps and shoot your way to victory. Play alone or with up to 4 players on a split screen. Brick Breaker will offer you many hours of fun and entertainment!

Mahjong Solitaire Refresh – £12.99
“Mahjong Solitaire” is a Matching Puzzle game of Mahjong tiles. You do not need any knowledge about Mahjong, you just combine same design tiles!! 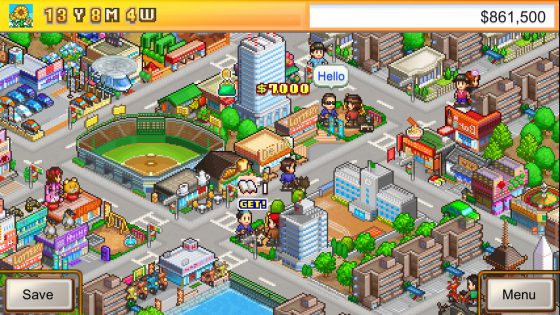 Odium to the Core