Zarvot is an odd mix. It’s promoted as the story of two cubes getting a present for their cube friend. Though mostly it’s an isometric shooter. But really it’s both. And also not quite either. Plus a bit of fiddly other stuff.

First, some reassurance: the story element works really nicely. My main fear was that it would tread a little too close to Thomas Was Alone, but Zarvot is very much its own kind of weird. 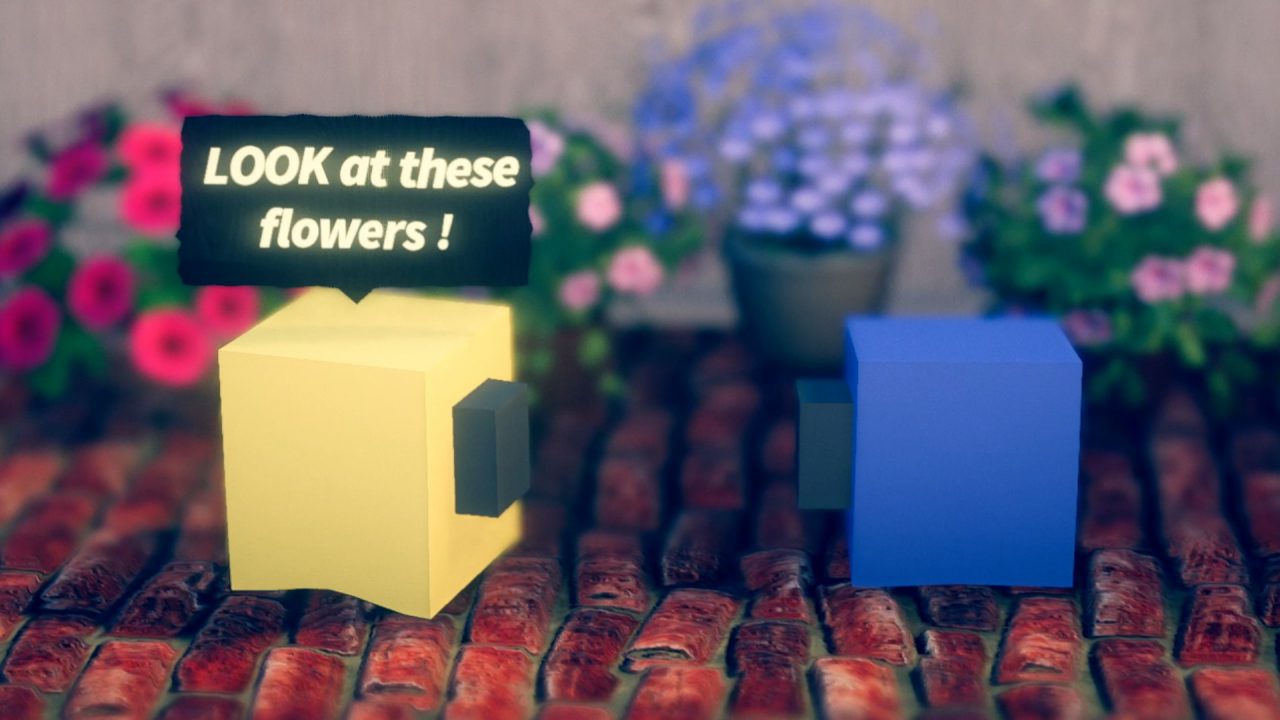 Charcoal and Mustard are getting a present for Red, which involves some enjoyably peculiar encounters, the boss battles in particular – with a carton of milk, for instance. Mustard’s intentionally wonky dialogue entertains, and some more subtle nuances to Red’s character help Zarvot stop just short of outright zany.

The game is an isometric shooter at its heart though, and that doesn’t exactly integrate seamlessly into a story mode. Much of the time you’re just navigating a linear path between arena-based encounters, when barriers appear and you have to clear a wave of enemies before carrying on.

Other elements pop up now and then – a fetch quest, or a bit of platforming – which don’t so much add variety, as not fit in at all. Especially the platforming, which the movement controls simply aren’t up to. 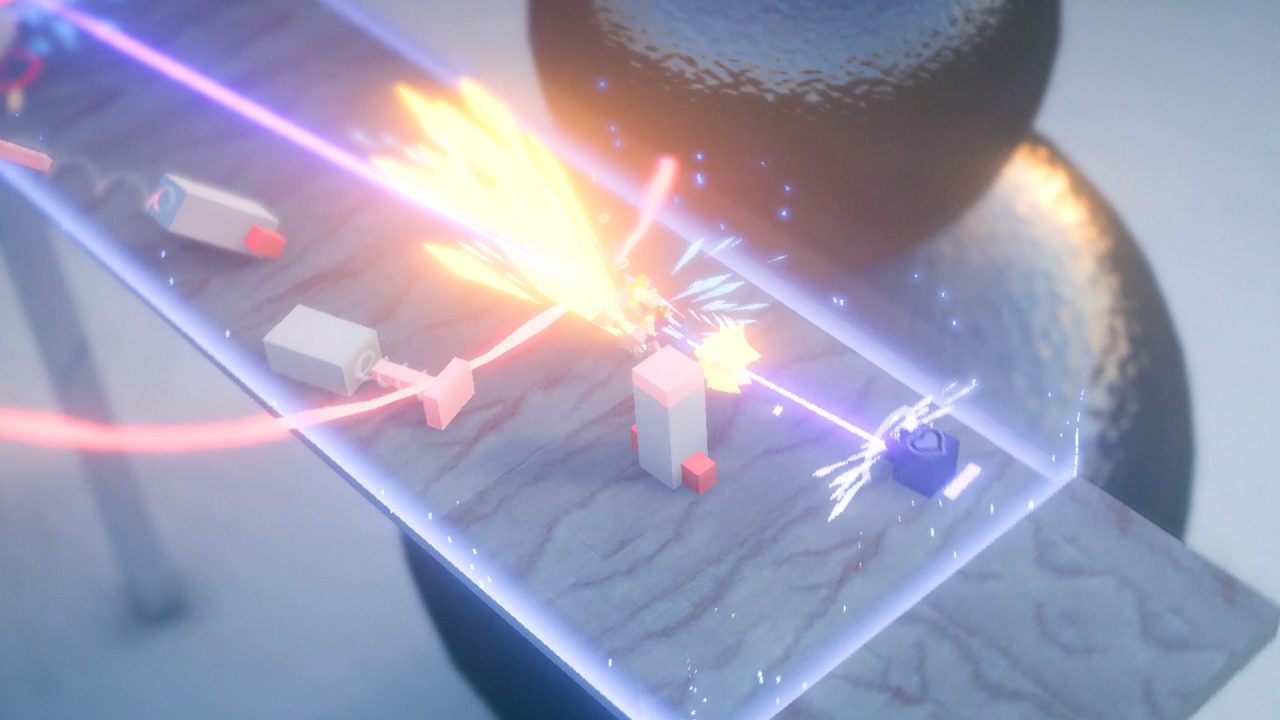 Though imperfect, the bits and bobs in story mode do add to the game. A standard arcade mode is unlocked as you play though, but with the personality stripped away it’s not more than a decent enough isometric shooter.

You have two standard attacks – a long range shot and a close-quarters attack – both of which can charged up into more powerful variants. There’s a good range of enemies, with behaviours and attacks requiring different approaches. The waves come together quite nicely, requiring a bit of thought and planning to dispatch the lot of them – and the bosses are a highlight.

Health is restored after completing a wave, and restarts are swift, so frustration is kept to a minimum. That said, a particularly busy screen can cause the odd bit of slowdown, which is pretty inexcusable in a fast-paced shooter. And there’s the aforementioned platforming which – and I can’t stress this enough – really is very, very bad. 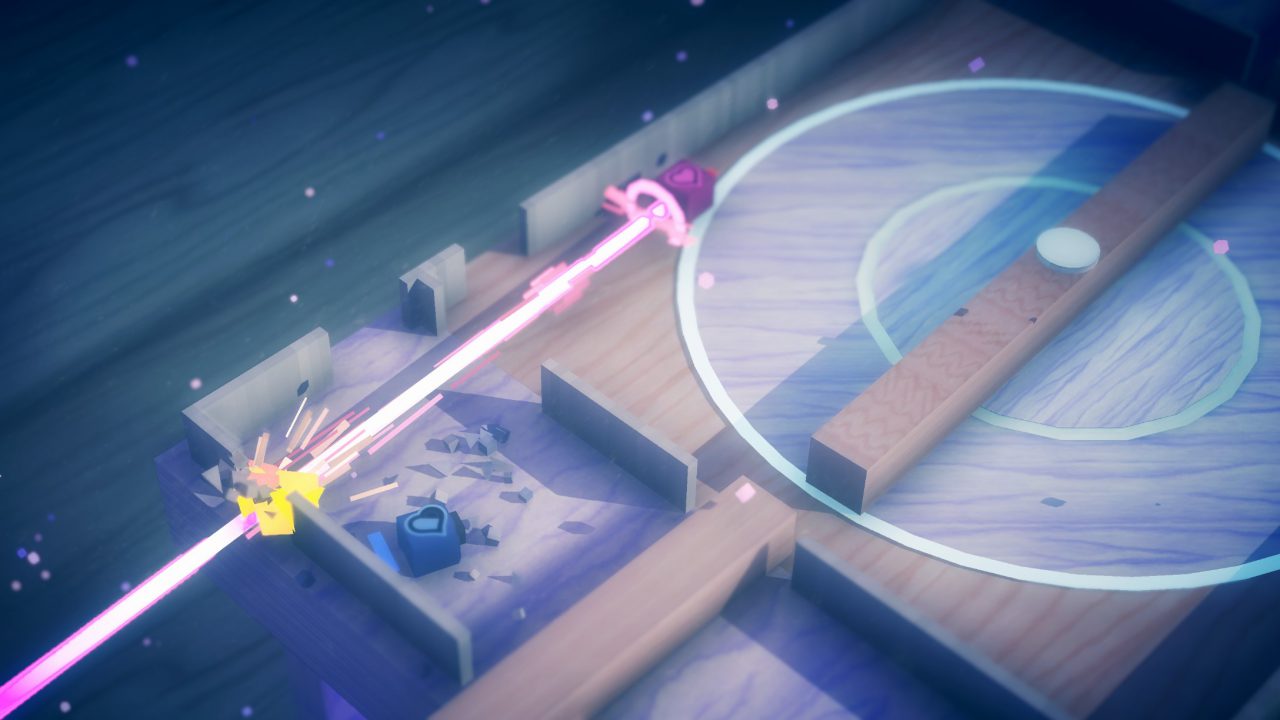 But still, I like the cut of its jib. It’s odd, and slightly confused – both intentionally and otherwise. It doesn’t quite come together, but it’s an admirable attempt.