With the Switch being a Christmas must-have, itâ€™s no surprise to see developers eager to get their latest and greatest on the eShop ahead of the big day.

During the next week or so we can expect such big hitters as Firewatch, Donut County, Aaero, and JCB Pioneer: Mars. 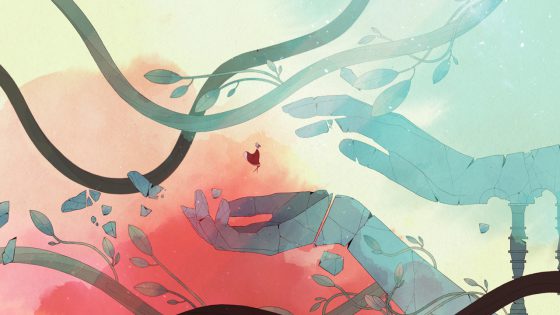 Theyâ€™re joined by Kingdom Two Crowns and GRIS. The former is a co-op side-scrolling strategy sim, which garnered an 8/10 from Nintendo Life, while the latter is a frustration-free artistic adventure which has been the talk to Twitter today due to gaining some stunningly high scores. “GRIS is a wonderful artistic achievement, with a simply sublime visual style and soundtrack that grows and evolves through the course of an emotional story,” was TheSixthAxis‘ verdict.

A festive sale is also underway, which includes RE Revelations 2, Puyo Puyo Tetris, Mega Man 11 and more. You can browse the full list, including games under Â£10, here.

You’ll find the full list of new Switch releases below: 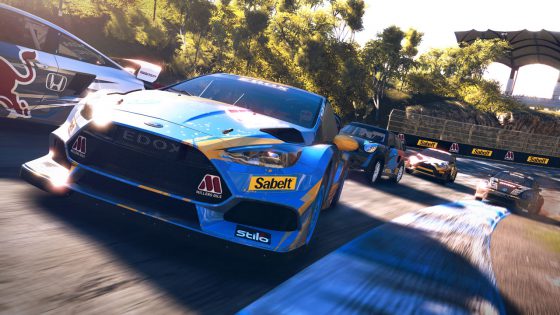 V-Rally 4 – Â£44.99
The legendary off-road racing game returns! Enjoy an extreme experience while becoming an expert in a demanding simulation. Take on the challenges of rallies, rallycross, drifts, buggies and hill climbs, and set off on a spectacular journey across every continent.

ACA NEOGEO METAL SLUG 5 – Â£6.29
â€œMETAL SLUG 5â€ is an action shooting game released by SNK in 2003.
The Ptolemaic Army has stolen some very confidential files! Choose from four familiar faces: Marco, Eri, Tarma, or Fio to take them down!

Arcade Archives ATHENA – Â£6.29
â€œAthenaâ€ is an action game released by SNK in 1986.
Athena, the adventure-loving energetic princess of the Kingdom of Victory, goes on a journey to Fantasy World.

Desert Child – Â£9.49
In Desert Child, you are a young and talented hoverbike racer who needs to figure out how you can scrape enough cash together through racing and odd jobs to punch your one-way ticket to the Red Planet to enter the biggest race in the universe, the Grand Prix.

Blue Rider – Â£8.99
Hop in and join the explosive action of this 3D shoot’em up! Blue Rider offers classic arcade gameplay, combined with beautiful visuals. Battle through 9 colourful and diverse stages, filled with a large variety of enemies that can’t wait to take you down. Power up your weapons, shoot down enemies and face huge & challenging boss encounters.

EVERSPACEâ„¢ – Stellar Edition – Â£35.99
It takes you on a challenging journey through an ever-changing, beautifully crafted universe full of surprises. Shoot, craft and loot your way to victory while the odds are stacked against you.

GRIS – Â£14.49
GRIS is a serene and evocative experience, free of danger, frustration or death. Players will explore a meticulous designed world brought to life with delicate art, detailed animation, and an elegant original score. Through the game light puzzles, platforming sequences, and optional skill-based challenges will reveal themselves as more of Grisâ€™s world becomes accessible.

Guacamelee! 2 – Â£17.99
Luchador Juan Aguacate is out of retirement for a stunning new Metroidvania-style adventure. Explore a huge, hand-crafted world inspired by Mexican culture and folklore, filled with sassy new villains and weirdos (and a few old friends!). Learn bone-crunching wrestling moves to fend off skeletal hordes and overcome skillful platforming challenges… and who said anything about a Chicken Illuminati? Certainly not us!

Johnny Turbo’s Arcade: Shoot Out – Â£7.10
Stop the criminal gangsters and save the civilians in this action-packed shooter.

Hunter’s Legacy: Purrfect Edition – Â£6.29
Embark on a feline-filled quest set in an action-packed fantasy universe brimming with fierce enemies, intense sword-fighting, and the classic feeling of a Metroidvania adventure! Hunterâ€™s Legacy is a 2D platformer where you control Ikki, a powerful huntress cat equipped with twin swords, a bow, and magical abilities, who must save the Kingdom of Iripur from the evil Morodir.

Kingdom Two Crowns – Â£17.99
In the award-winning Kingdom series, players took on the role of a monarch struggling to build their kingdom up from nothing. Hundreds of thousands of players across the world explored, recruited loyal subjects, and defended nightly against the persistent threat of the Greed â€“ but they did so in isolation, and as with all things in Kingdom, nothing lastsâ€¦ until now.

Lazy Galaxy: Rebel Story – Â£6.29
An old robot named H-34-RT wakes up in a derelict space station orbiting his home planet. His civilization was destroyed long ago by evil O’Xelg, but he has yet to figure that out. After an initial shock, he decides to follow his old defense routines: that means fighting the invaders, even if he is alone now.

Omensight: Definitive Edition – Â£15.09
From the award-winning creators of Stories: The Path of Destinies, Omensight is an Action Murder-Mystery game.

Solar Flux – Â£7.79
Solar Flux is a unique space puzzle game where you journey across the universe using both puzzle solving and dexterity skills to bring order to the cosmos. Supernovas, Asteroid Fields, Meteors and Black Holes are just some of the challenges you will encounter as you sail your ship through the solar flares of each imploding sun.

Starman – Â£7.19
Starman is not only a game, but a whole experience. We’ve put so much love building the sceneries, and trying to create an eerie atmosphere. Sit, relax, and enjoy. 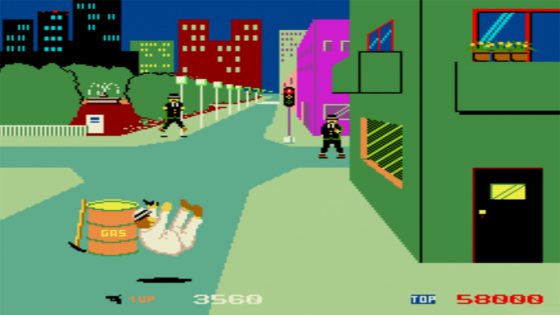