Last week saw the final batch of 2018â€™s big-name releases. This week, a bunch of smaller titles are vying for your money and attention, with the giant bug blaster Earth Defence Force 5, procedurally generated subterranean adventure Below, and Borderlands 2 VR being standouts.

The Switch receives a belated conversion of V Rally 4, meanwhile. The VideoKid also makes the jump to PS4, being a Paperboy alike drenched in â€˜80s nostalgia. Itâ€™ll push your memory skills and reflexes hard, while putting a smile on your face â€“ the pop culture references come thick and fast.

As mentioned last week, the Switch eShop continues to be a hubbub of activity. Looking at release lists, we can expect another 30-40 releases before the year is out. A few titles are even due out on Christmas day, perfectly timed for full storefront visibility. 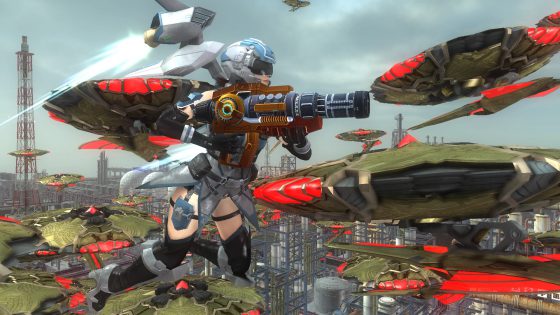 Reviews:
8/10 â€“ GameSpot: “Despite the series’ long-running nature, Earth Defense Force 5 is a standout action game, revelling in its own absurdity while crafting a brilliantly fun and lively action game around it. Its huge battles are a joy to watch play out both from up close and afar, and the wide variety of weapons and play styles with each player type offers plenty of reason to come back for more after the final bullet has been fired”

7.0 â€“ GameInformer: “Even though the formula is familiar, teaming up with friends to exterminate the alien menace is enjoyable”

5/10 – Push Square: “Mowing down the endless seas of extra-terrestrial arachnids and UFOs while melodramatic voice clips play in the background makes for an excellent stress reliever or a fantastically fun time with some friends, but its complete lack of depth causes the monotony of repetition to quickly seep into whatâ€™s an otherwise joyous celebration of video game escapism” 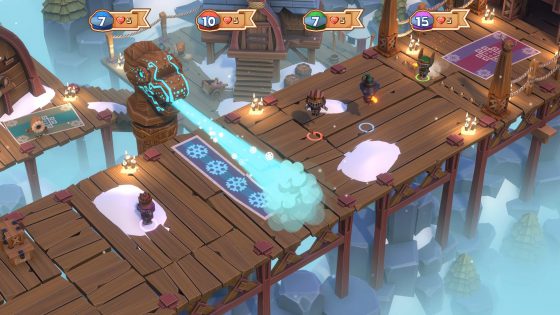 Reviews:
7.0 â€“ PlayStation Lifestyle: “Big Crown: Showdown is a safe bet for party games to play that most people will enjoy. A large variety of maps helps to avoid tedium, but the core gameplay mechanics may be a bit too simple to sink into for much more than an hour at a time. Thereâ€™s nothing wrong with this, and Big Crown: Showdown is perfect for playing with friends, family, and frenemies, especially those who donâ€™t play games very often” 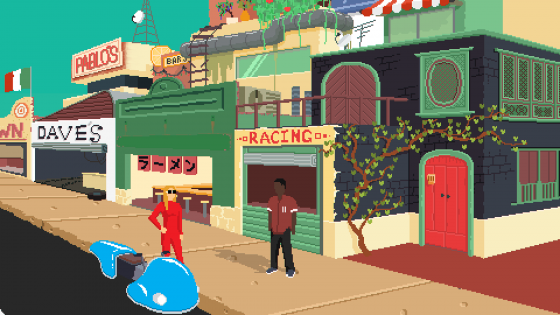 Reviews:
65% – Gaming Trend: “At its best, Desert Child captures the feeling of working toward a big dream while struggling to even buy your next meal. Unfortunately, those moments come sandwiched between a lot of repetition as the initially fun races become a chore that you have to do over and over again. Desert Child’s unique setting, filled out with great art and a killer soundtrack, is fun to explore for a while, but the game runs out of gas a little too quickly”

3.5/10 â€“ Nintendo World Report: “From the gorgeous pixel art to the incredible soundtrack, Desert Child looks outstanding. Looks can be deceiving though, and itâ€™s clear that much more time was spent on crafting a distinct style than fine-tuning gameplay. If youâ€™ve so much as watched a trailer for Desert Child, youâ€™ve already experienced everything worth seeing in the game” 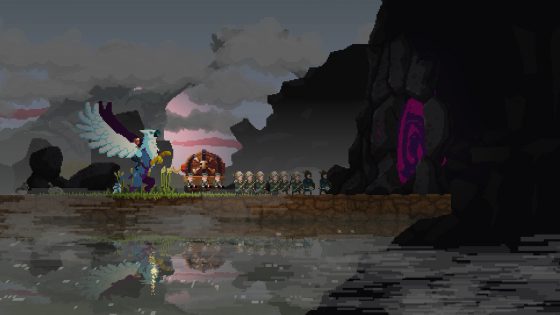 Reviews:
9/10 â€“ Nintendo World Report: “If you are a fan of strategy games (or like thinking strategically but donâ€™t like messing around with menus all day) I would heartily recommend Kingdom Two Crowns – especially if you have a partner to rule with”