With reviews now live, and the Metacritic currently at a resounding 93%, Super Smash Bros. Ultimate is the talk of Switch town at the moment.

It isnâ€™t the only major release this week, though â€“ various other big releases are also now available, some of which youâ€™d be silly to overlook.

From Bandai Namco thereâ€™s Katamari Damacy REROLL, launching at a modest Â£15.99. A demo is also available. The long-awaited Monster Boy and the Cursed Kingdom is finally out too, exceeding all expectations. Review scores for this slick Metroidvania are clocking in as high as 9/10, and word has it it’s the best Wonder Boy game of all-time. 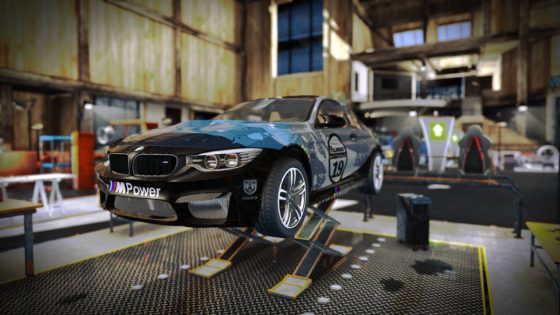 Then flying under the radar we have Gear.Club Unlimited 2, RollerCoaster Tycoon Adventures, Carcassonne, and re-releases of the Atelier Arland series.

3DS owners get a big winter release of their own as well, in the form of Yo-Kai Watch 3. Nintendo Life awarded it 9/10: â€œWith a more nuanced battle system, larger sandboxes to explore, even more Yo-Kai to battle and add to your Medallium, this two-and-a-half-year-old game is a fresh as the day it first launched in Japan, and has given western 3DS owners one of console’s best RPGs in the twilight of its years.â€

So, howâ€™s about those Smash Bros. reviews? Scores so far include 9.5s from both Destructoid and EGM, a 9.4 from IGN, and 9/10s from The Metro and EDGE. Itâ€™s a colossal beast of a game, this time boasting a single player mode that can rival its multiplayer focused counterpart. How Nintendo will top this we never know, but we donâ€™t doubt for a second theyâ€™ll one day try.

Hereâ€™s the full round-up of new releases. It looks like next week is a busy one, as well. Whereas Xbox One and PS4 release lists are starting to slow, the Switch appears to be just getting started. 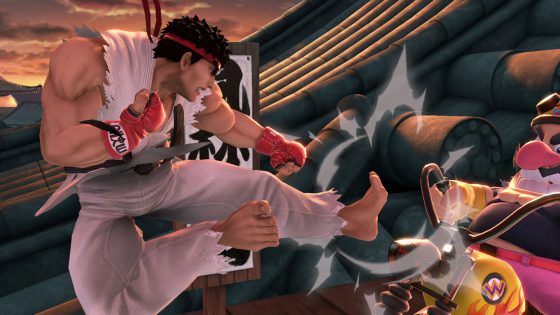 Super Smash Bros. Ultimate – Â£59.99
Have a blast trying to launch your opponents off the stage in the ultimate video game crossover event. Faster combat, new items, new attacks, new defensive options, techniques and more will keep the battle raging whether youâ€™re at home or on the go.

Gear.Club Unlimited 2 – Â£54.99
With the pedal to the metal, race along more than 1800 miles of races! On the mountainside, through a nature park, in the middle of the desert or along the coast, defend your position over the course of more than 250 races, including championships, missions and challenges.

Toki – Â£29.99
Toki sets off on a new adventure! Toki the warrior lived peacefully in the jungle with his sweetheart Miho. Appearing out of nowhere, the terrifying voodoo sorcerer Vookimedlo and heinous demon Bashtar kidnap Miho and turn the poor Toki into a chimpanzee! Unfortunately for his sweetheart, he has become a hairy, lethargic ape…

SEGA Mega Drive Classics – Â£29.99
Including over 50 titles across all genres, from all-time classics like Sonic and Streets of Rage 2 to deep RPGs like the Phantasy Star series; arcade action, shooters, beat ’em ups, puzzlers, old favourites and hidden gems. There is a classic title for every player to enjoy!

Ultimate Runner – Â£17.99
Terrifying cannibals take up the action-packed pursuit of a daredevil adventurer. Let the wild chase begin! The brave explorer runs for his life with the natives always hot on his heels. Burn some rubber and help the nimble guy escape!

Carcassonne – Â£17.99
Draw and place your tiles to build your medieval city. Cities, roads, monasteries and fields will help you enlarge your landscape, where you can place your followers, the meeples. Knights, robbers or farmers… Each meeple will help you control your territory and win points. But be careful, you’ll need your wits and tactics to optimize your points! Place your tiles and meeples wisely to stop your opponents and win the game!

Katamari Damacy REROLL – Â£15.99
The stop-at-nothing pushing prince is back and ready to reroll! When the King of All Cosmos accidentally destroys all the stars in the sky, he orders you, his pint-sized princely son, to put the twinkle back in the heavens above. Join the King and Prince of Cosmos on their wacky adventure to restore the stars at home or on the go â€“ now in full HD!

Demetrios – The BIG Cynical Adventure – Â£8.99
Bjorn Thonen, a slob of an antique dealer living in Paris, is robbed one night after coming home drunk. Forced to conduct his own investigation with the help of his neighbour Sandra, he ends up involved in a murky, mysterious affair. Will these unlikely heroes be able to rise up and discover ancient secrets?

Battery Jam – Â£11.29
Battery Jam is a local multiplayer game of competitive territorial mayhem! Use the boombox to smash your opponents, capture their tiles, and dominate the arena! Choose one of four Jammers and compete to have the most tiles at the end of every match! Take on your friends or play alone in Free-for-All or Team mode across eight levels!

Atelier Arland series Deluxe Pack – Â£79.99
Wholly Arland! The 3 parts of the Arland Series released in one deluxe edition! Compiled with much of the DLC that’s been released until now!

Atelier Rorona ~The Alchemist of Arland~ DX – Â£34.99
First release in the Arland series. The main character Rorona must save her Atelier from being closed by the Kingdom. Using Synthesis, Exploration, and Battle, gain recognition for the Atelier and save it from being closed. See a variety of endings by obtaining a certain level of recognition in a set time period and by fulfilling certain conditions.

Atelier Totori ~The Adventurer of Arland~ DX – Â£34.99
The second release in the Arland series. In a search for her missing mother, Totori tours the world of Arland as an adventurer accompanied by her friends. Use Synthesis, Explore, and Battle to fulfil requests, raise her rank as an adventurer and venture into brand new lands.

Atelier Meruru ~The Apprentice of Arland~ DX – Â£34.99
Third release in the Arland series. Princess of the small frontier country of Arls, Meruru plans to use alchemy to stimulate the growth of her small country. Use Synthesis, Explore, and Battle to increase the population within the time limit and boost the advancement of the kingdom.

Monica e a Guarda dos Coelhos – Â£13.99
MONICA E A GUARDA DOS COELHOS is a couch co-op game for one to four players, with a focus on teamwork and cooperation. Featuring the ability to play as a group with (many) heroes from the Brazilian IP Monica and Friends, everyone must have a different role and help to defend the castles against the smudge horde! Use magical bunnies with unique powers, load them into cannons, and fire them at incoming enemies! Monica, Maggy, Jimmy Five, Smudge and their friends from the Lemon Tree Street need your help on a great adventure!

Energy Cycle Edge – Â£4.49
The main idea is the same: when you activate each cell in the game field, it changes the colours of the cell and any adjacent cells in a straight line. Each cell switches between three different colours, and your task is to make them all match the same colour.

Son of a Witch – Â£10.99
Action roguelike for 1-4 players with cute graphics, easy to pick up controls and deep game mechanics. Combine dozens of different weapons, magic items, potions and spells with unique effects to beat 7 enemy factions and 24 bosses. Can you find the ancient goblin artefact at the end of the dungeon?

ACA NEOGEO TWINKLE STAR SPRITES – Â£6.29
â€œTwinkle Star Spritesâ€ is a competitive shooting game released by SNK in 1996. Utilize Chain Explosions, Power Shots, and Bombs to defeat the incoming Enemy Golems, changing them into Attack Characters to assault your opponent! Experience a new style of shooting game with more than enough cute characters flying around to fill the sky!

Arcade Archives DOUBLE DRAGON II The Revenge – Â£6.29
In order to avenge lover, Billy and Jimmy will use their signature move “So-Setsu-Ken” to challenge the armed groups of the mystery. In this game, users can use a variety of skills than previous work “DOUBLE DRAGON”, and enjoy scuffles that are power up.

Conduct TOGETHER! – Â£17.99
Set in a stunning world you race against time to bring passengers safely to their destination. As you progress through demanding levels your railroad network expands to the farthest regions of this mysterious and beautiful low poly world. Each region with its own style, music and distinct challenges. All aboard!

Beholder: Complete Edition – Â£9.59
Have you ever dreamed of being a landlord in a totalitarian state, so you can spy and report everyone? Well, it is now possible thanks to Beholder and its original 2D gameplay mixing management and spying mechanics with a choice-driven narrative. In this grim dystopian future, where privacy is dead and the State controls every aspect of life, will you choose to cling to your humanity or to be a ruthless landlord? In either case, prepare to be unsettled.

Ivanych vs. Eared Beast – Â£2.07
Do you like to surmount obstacles? Are you a thrill-seeker? How about having real Russian fun with all your heart? Itâ€™s high time to try this droll addictive runner that will keep you on your toes! Cheer up and act! Crush the walls and help Ivanich to catch up the eared beast! Donâ€™t let that little furry coward tweak your ears!

Johnny Turbo’s Arcade: Wizard Fire -Â£7.20
Wizard Fire a is classic multiplayer action RPG for one to two players. Originally released in 1992, and a noted classic arcade title from the 90s.

LongStory – Â£8.99
Whoever said you can’t go back? LongStory, a charming and LGBTQ+ friendly dating sim set at the weirdly lovable Weasel Heights Middle School lets you pick your pronouns as well as who, or even if, you would like to date any of your romanceable friends. On your first day of school, you discover that the previous owner of your locker has â€œmysteriouslyâ€ disappeared. Do you want to figure out what happened or are you too busy being a social butterfly and trying to avoid your enemiesâ€¦

‘n Verlore Verstand – Â£12.99
In ‘n Verlore Verstand you will be transported to a reality of dreams and nightmares. What will you discover about yourself in this journey through the subconscious? In these realms of the unknown, you must travel through labyrinths of memories to eventually find your way to your own truth.

Santa Tracker – Â£2.99
Read Santa’s very own blog as he prepares for the big day and receive exclusive news stories from the North Pole. Use the Advent Calendar to find out where Santa has been spotted during the run-up to Christmas. Is he working in the toy factory? Out for a ride? or just having a cup of Tea? On Christmas Eve he will travel the world delivering in every time zone from New Zealand to San Francisco just after the kids have fallen asleep.

Quarantine Circular – Â£4.79
A group of scientists interrogate an alien discovered at the heart of a global pandemic. Work with your team, make decisions and uncover the alienâ€™s true intentions. Inspired by classic adventure games and modern dialogue systems, Bithell Games has created another single session story which respects your time and your intelligence. 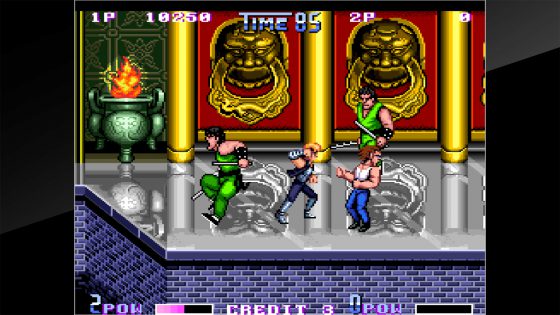 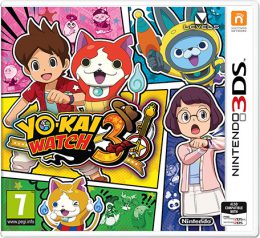