The original Energy Cycle gained a reputation within the trophy collecting community for being one of the fastest ways to bag a shiny platinum trophy, albeit by using one of the many video guides available online. Xbox One owners were belatedly treated to the same effortless experience too. The appeal of a sneaky gamerscore/silverware boost shouldnâ€™t be underestimated, as the low budget puzzler seemingly sold well enough to warrant this sequel.

The developers must assume every single person who purchases Energy Cycle Edge will be familiar with the original, as thereâ€™s no tutorial to speak of. No easy-peasy opening stage, no overview of the controls, and no tips or pointers â€“ youâ€™re thrown straight into the deep end, simply presented with a screen full of coloured glowing orbs upon starting your first game.

As newcomers, we found this to be a rather discourteous introduction. We initially thought this puzzler used the same mechanics as the Tiger Game.com pack-in Lights Out, entailing finding the correct sequence to turn all lights off (or in this case, changing orbs to a certain colour). After 20 minutes or so of random button pressing and head-scratching, it so transpired that itâ€™s even simpler than Lights Out. It does indeed involve turning all glowing orbs on screen to a single colour. However, one button press will cycle (ah!) through the colours of all orbs in a row; rows that are a jumble of hues to begin with. 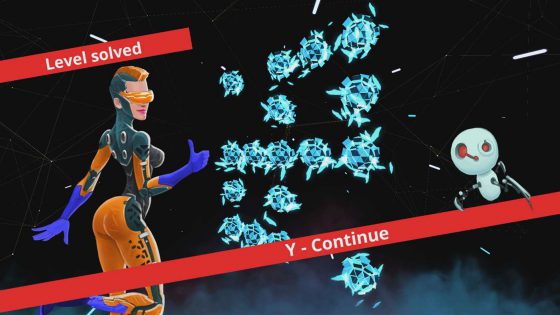 Much of the gameâ€™s challenge lies in trying to turn the orbs at the end rows the correct colour, as this is where two rows often meet, so you need to anticipate and learn sequences to ensure every orb will end up changing the correct colour without accidentally reversing all your previous efforts.

The omission of a tutorial really defies belief

After around an hour of play, the concept finally â€˜clickedâ€™ â€“ an hour that couldâ€™ve been far more pleasurable if it wasnâ€™t for some frankly embarrassing oversights. The omission of a tutorial really defies belief. Weâ€™re sure even Tetris on Game Boy had helpful pointers for beginners.

Considering this is a puzzler of trial and error variety, it is at least fortunate that there are no time limits, restrictions or penalties â€“ youâ€™re free to keep trying (read: jab buttons randomly) until getting the solution right. Thatâ€™s to say, it isnâ€™t punishing. And no, that isnâ€™t a positive â€“ nobody expects any game, be it a puzzler or otherwise, to punish players for their mistakes. Except for maybe Dark Souls. 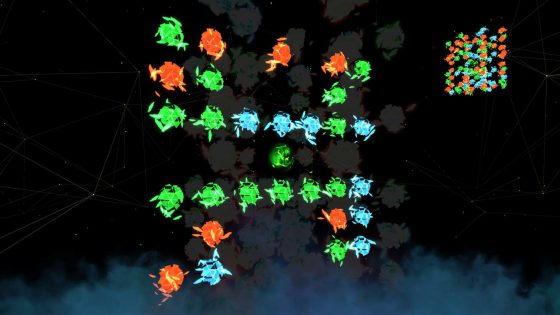 Incidentally, thereâ€™s no pre-determined colour per stage to change the orbs either. This also threw us initially too, as we assumed each puzzle demanded a certain colour and working out which was part and parcel. We were rather relieved to find this wasnâ€™t the case, as you can probably imagine.

It isnâ€™t long until puzzles start to feature dozens of rows of orbs, along with pesky 4×4 and 6×6 blocks. Then, during the final set of stages, comes the twist â€“ puzzles mapped onto rotatable 3D cubes. This is ECEâ€™s â€˜big new thingâ€™. Well, that and slightly improved presentation. The simple visuals are accompanied by electro dance music, random beats, and the occasional outburst from a female vocalist. Definitely an acquired taste. We never felt the need to turn the volume down, though. And no, that statement that shouldnâ€™t be taken as praise either. 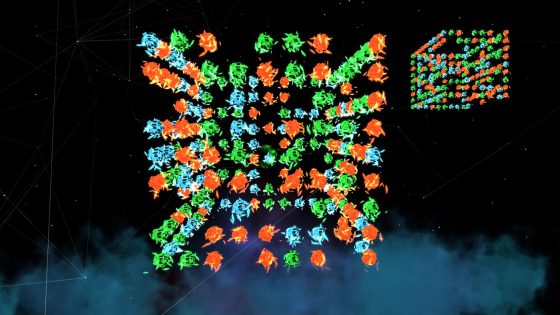 At Â£4.19, ECE certainly isnâ€™t overpriced or being mis-sold. With 40 puzzles to solve, which generally take between 5-10 minutes each (the occasional difficulty spike notwithstanding), it isnâ€™t necessarily bad value for money. Problem is, itâ€™s such an unrewarding and incredibly inconsiderate experience that almost feels like a chore to play.

Simply put, thereâ€™s no shaking the fact that ECE seemingly exists not because somebody created a batch of brain-bending puzzles they wished to share with the world, but because somebody stumbled on a cheap and effortless way to make a puzzle game that could be sold at a rock bottom price. If the infamous Phoenix Games was still in the biz, this is the kind of guff theyâ€™d peddle nowadays.