Indie releases rule the roost on the Switch eShop this week, as for a second week running the full-price retail releases are of questionable quality. Panda Hero resembles a mobile 2D platformer yet it launches with a Â£26.99 price tag, while Moto Racer 4 was hardly hot stuff back in 2017.

Weâ€™re still waiting on reviews for the cartoon horror adventure Bendy and the Ink Machine too, which isnâ€™t a good sign. The PC version gained glowing reviews, but early impressions suggest the console port is sloppy. Worryingly, one user review on Metacritic claims thereâ€™s no save game feature.

Giana Sisters: Twisted Dreams – Owltimate Edition might be worth a look, but this too arrives with an eye-brow raising price tag – Â£26.99. 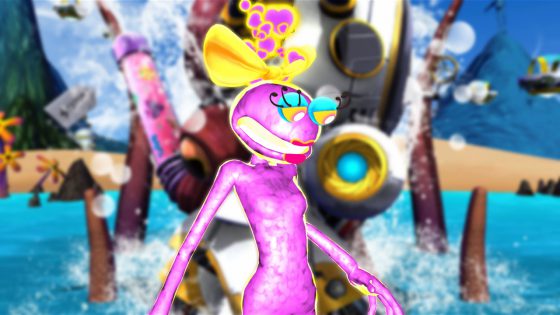 Nintendoâ€™s Cyber Deal 2018 sale is also underway, alongside and the standard weekly price drops. There are too many discounts to list this week â€“ over 6 pages in total. Be still thy beating wallet.

Hereâ€™s the full eShop line-up, including a trio of titles for 3DS and Wii U. 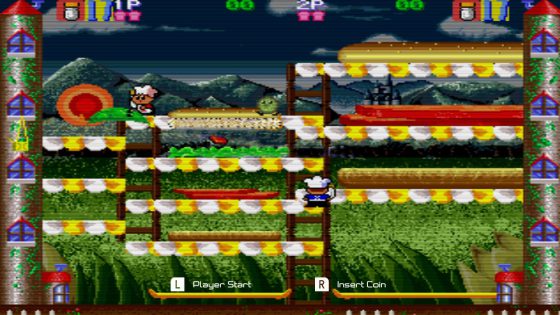 ATV Drift & Tricks – Â£29.99
Tired of 2-wheeled vehicles? ATV Drift & Tricks is the ATV game for you! A quads-only racing game. Do a series of races in 5 game modes with extraordinary challenges on varied tracks you can do over and over again.

Giana Sisters: Twisted Dreams – Owltimate Edition – Â£26.99
Dash through tricky levels and transform the whole world at will in this fast-paced award-winning platformer.

Panda Hero – Â£26.99
Take on the role of the mighty panda and tread your path unerringly. Skilfully dodge your attackers and sweep aside any creatures standing in your way â€“ attack!

Moto Racer 4 – Â£29.99
Moto Racer 4 is a racing game you can play on asphalt or dirt. In a world where freestyle and risk-taking dominate, impose your riding style all around the world. Impress your opponents and win races with class!

ACA NEOGEO KING OF THE MONSTERS – Â£6.29
KING OF THE MONSTERS is an action game released by SNK in 1991 in Japan. Players choose from one of the six monsters available, and battle their way across Japan in order to claim the title of strongest monster.

Frag doch mal…die Maus! – Â£8.99
Everyone in the German speaking territory grew up with the Maus. The show “Die Sendung mit der Maus” by German public TV station WDR is on TV for over 40 years. Quarterly a Saturday prime time live Quiz show is produced by WDR, which is the basis for this Quiz game.

Gnomes Garden – Â£4.49
A wonderful garden had always brought joy to all the people of the kingdom and all the residents of the castle. But a dry summer withered the kingâ€™s beloved garden and the surrounding gardens of the kingdom alike. The ruler has fallen ill and the kingdom is in danger. Help the princess save the gardens and make the king better again. Construct buildings, remove obstacles, repair damaged bridges and restore the beauty of the royal garden.

Hyperide: Vector Raid – Â£3.59
This game puts a modern spin on obstacle course gameplay, inspired by the all-time classic, River Raid. The player controls an ultra-fast spaceship on a rescue mission and needs to be mindful of the oncoming space debris, as well as the power level of the ship, which is resupplied by picking up special crystals. But this is no problem for one of the speediest vessels in the galaxy!

Julie’s Sweets – Â£8.99
We’ve all been there, a young woman at the crossroads of life – which way to go? Help family business, chase college diploma or crazily fall in love?

Kuso – Â£3.99
kuso is a challenging yet fair platformer with a simple aesthetic. You have the ability to run, jump, and leave your own checkpoint. Make your way through acid, long jumps, disappearing platforms, bouncers, giant saws, and much more in this dreadful mechanical world. If you’re looking for a game that’ll challenge your platforming skills, something excellent to listen to, and a game to master, kuso is the game for you.

Nidhogg 2 – Â£13.49
The next installment of the epic award-winning dueling tug-of-war is here! Stab, shoot, slice, or stomp your opponent to gain control of the screen, then book it to your side of the arena. Before long, a new opponent will appear in your way. If they kill you, they get control. Get all the way to your end of the arena to win–and be devoured by the Nidhogg. Enjoy new monstrous visuals by artist Toby Dixon and bangin beats from Mux Mool, Daedelus, Doseone, and more!

Party Hard – Â£13.49
In Party Hard, you play as someone who is really tired of the neighbors having loud parties. Instead of calling the police, you decide itâ€™s a better idea to kill everyone â€“ using your faithful knife and the environment. The tactical strategy follows a series of killings at parties through-ought the USA.

Peace, Death! Complete Edition – Â£4.49
In this game, you play as the Reaper – an intern in Apocalypse, Inc, working for Death. Examine each client’s feature to determine his, her, or its fate – and send them to either Heaven or Hell. Funny clients’ phrases, lots of references and easter eggs, bonuses, penalties, and very special clients – all of this and more awaits you in Peace, Death!

Storm Boy – Â£5.39
Based on Colin Thiele’s 1964 childrenâ€™s book of the same name, Storm Boy takes place on the beaches of South Australia near the mouth of the Murray River, where the titular protagonist rescues orphaned pelican chicks, one of whom later becomes the childâ€™s pet and faithful companion, Mr. Percival.

Steamburg – Â£4.49
Steamburg is an award-winning puzzle adventure game with story exploration elements and unique gameplay. The game is made by Telehorse, a steampunk games company. It was awarded the Best Upcoming Game at IMGA in San Francisco in March 2017.

Please, Don’t Touch Anything – Â£8.99
Please, Donâ€™t Touch Anything is a cryptic, brain-racking button-pushing puzzle game. Covering for a colleague taking a bathroom break, you find yourself in front of a mysterious console with a green screen monitor showing a pixelated live image of an unknown city. Also present is an ominous red button with the simple instruction to not touch anything!

STUMP – Â£1.79
The Brave Stump sets out to chase lumberjacks through which he is no longer a beautiful tree. Guide Stump through five lands, collect lost leaves and help him regain his former shape.

WAKU WAKU SWEETS – Â£35.99
Make all kinds of confectioneries! â™ª
*As if you were baking in real life!
Tilt to pour mixtures, rotate to mix, follow the steps and move the controller as shown on the screen. That’s how you cook!

Warframe – Â£0.00
In the far-future world of Warframe, grotesque clones and capitalist machines dominate our solar system. Fight back against greed and corruption as you explore 18 worlds filled with techno-organic horrors.

Word Sudoku by POWGI – Â£6.99
Place letters in the grid according to normal Sudoku rules and one row or column will spell the word. 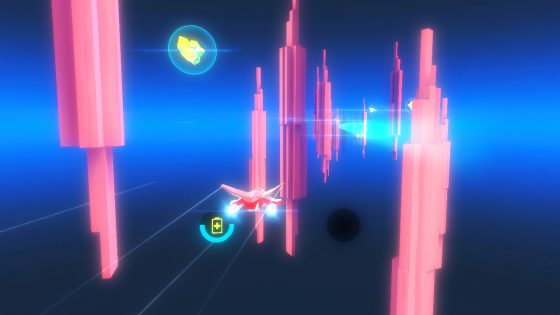 RTO 2 – Â£8.99
RTO 2 is a side-scrolling first-person shooter with elements from the survival horror genre.

New on Wii U store

Insect Planet TD – Â£1.79
The distant space expedition to the Earth-like planet, finally ended. We came here for the purpose of colonization, but we are faced with alien creatures. We have no choice we must conquer this planet.