In a battle between Activisionâ€™s purple dragon and Nintendoâ€™s cute critters, it was Activision that emerged triumphant â€“ Spyro Reignited Trilogy, which we reviewed yesterday, is the UKâ€™s new no.1. 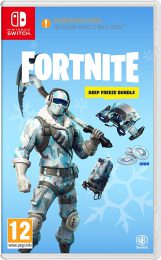 Either way, itâ€™s a win-win for both Activision and Nintendo. Spyro hasnâ€™t taken the UK top spot since the PSone original back in 1998. GI.biz reports sales were split 75% on PS4 and 25% on Xbox One, which doesnâ€™t come as much of a surprise given the characterâ€™s roots.

Spyroâ€™s sales were strong enough to topple Red Dead Redemption 2 from the top spot, in fact, causing it to fall to #2.

At #3 itâ€™s another new arrival â€“ Fallout 76. While this position may sound impressive, sales were down a colossal 82% over Fallout 4. Incidentally, the Metacritic for the PS4 version currently stands at a miserable 43%. Ouch!

At #8 itâ€™s a new release you may not be expecting â€“ the Fortnite: Deep Freeze Bundle. Itâ€™s a download code in a box, bestowing new equipment and a stash of V Bucks.

The evergreen Mario Kart 8 Deluxe hangs around at #9. Then at #10 itâ€™s the final new arrival of the week â€“ Hitman 2. Yes, this sadly means Agent 47â€™s latest outing was outsold by a Fortnite add-on.

Warner Bros. publishes both, so we doubt theyâ€™re too concerned. We imagine Io Interactive expected their first standalone debut to chart slightly higher, though.

Elsewhere, early Black Friday discounts have helped a few recent releases climb the chart. Just Dance 2019 is up from #39 to #14, Astro Bot bounces back at #22, and both The Crew 2 and Starlink: Battle for Atlas reappear at the lower end of the top 40.

With retailers cutting prices ahead of Black Friday, expect to see a good old shake-up in the top 20 next week. Spider-Man, God of War, and Detroit: Become Human are all likely to make a return, already heavily discounted at Argos and Amazon.