Itâ€™s time to free up some storage space. This week sees more than a few big hitters, two of which come packing colossal install sizes; the kind so large that theyâ€™re deemed newsworthy.

Despite being a mere remake, Spyro Reignited Trilogy weighs in at 67GB â€“ only 19GB of which is on the disc. The online focused Fallout 76 is larger still, launching with a 51GB patch on top of its standard 45GB install. Big game season is definitely upon us.

After last weekâ€™s early access Gold Edition, Hitman 2 finally falls into the hands of all and sundry. EAâ€™s Battlefield V now follows suit, arriving this week via the Deluxe edition. Reviews started to surface over last weekend, mostly clocking in at 8/10.

As for Fallout 76 reviews, the servers only went live this evening â€“ a few hours ahead of schedule â€“ so donâ€™t expect them until the end of the week at the earliest. Weâ€™d like to think most gaming sites will hold out until early next week, giving plenty of time to acquaint, but thatâ€™s perhaps wishful thinking.

PSN is also awash with Playlink titles – Knowledge is Power: Decades, Chimparty, Ticket to Ride, and Just Deal With It! We wonder if Sony kept these on the backburner for a full Playlink assault. 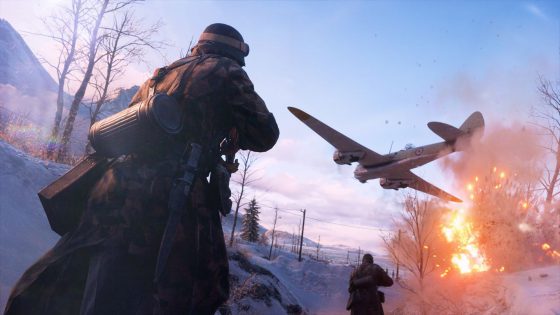 Reviews:
90% – Xbox Achievements: â€œBattlefield V builds upon its predecessor in meaningful ways, DICE stripping away practically every one of the series’ fripperies to get to the nub of what truly makes the series tick. This is Battlefield at its most undiluted and raw, and it’s all the better for itâ€

9/10 â€“ Press Start Australia: â€œBattlefield V retains heart in its single player War Stories mode and variety in its multiplayer modes. New & improved personalisation within ‘Your Company’ gives each of the classes a fresh, personal feel to your soldiers, while remaining authentic to the era. A solid road map of content is set to deliver new maps, modes and seasonal events to keep gamers coming back, which is a good thing as no other game does raw gun play and bullet physics quite like Battlefield. It just feels right and Battlefield V is no exceptionâ€

3.5/5 â€“ GamesRadar: â€œNot as drastic a change up as its WW1 predecessor, nor as wild or wondrous, Battlefield 5â€™s deliberative design sidelines its strengths as a simulative sandboxâ€ 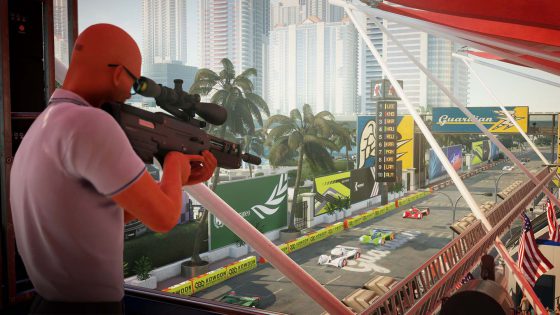 Reviews:
8/10 â€“ VideoGamer: â€œHitman 2 walks familiar ground and provides the type of delightful moments you expect in the maps on offer, as well as a multiplayer mode with bundles of potentialâ€

7.7 â€“ IGN: â€œHitman 2 is like a hearty stew: not pretty, but so full of nutrition that youâ€™re bound to walk away full and happyâ€ 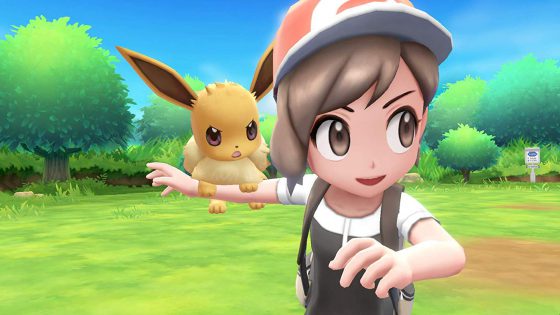 Reviews:
4.5/5 â€“ GamesRadar: â€œPokemon Let’s Go is a superb surprise, a fully-fledged Pokemon RPG with interactivity that brings the series to life in a way that’s never been done beforeâ€

8.3 â€“ IGN: â€œPowerful friends and new mechanics make for a delightful return to the Kanto region in Pokemon: Let’s Go, Pikachu and Eeveeâ€

Recommended â€“ Eurogamer: â€œPokÃ©mon’s Switch debut deftly toes the line between returning fans and all-new ones, with a few small wobbles along the wayâ€ 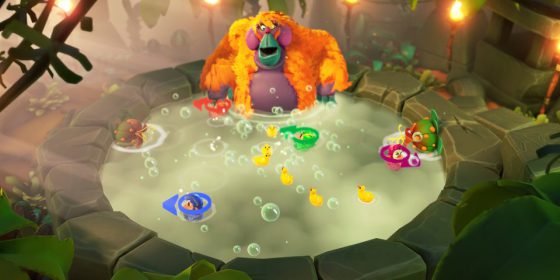 Reviews:
7.5 â€“ VideoChums: â€œIf you’re looking for a fun party game that gamers of all skill levels can enjoy together then you certainly can’t go wrong with Chimparty. The intuitive gameplay, enjoyable mini-games, and cheerful graphics and sound make for one happening partyâ€

5/10 â€“ Push Square: â€œChimparty is fun in places, but the repetition and occasional frustrations of its minigames means it’s not likely to stay that way for long. As a family game it’s too fiddly to be enjoyable for a sustained period of time, though its visual style is appealing enough to soften the blows of the substandard gameplayâ€

5/10 â€“ TheSixthAxis: â€œChimparty is fun enough to break out for an occasional bout of light-hearted multiplayer when youâ€™ve got friends round, and accessible enough to cater for all ages, but its limitations soon being to show if you spend any extended period of time with itâ€ 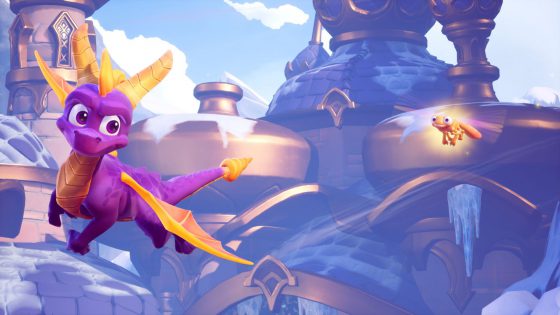 8.5 â€“ GameInformer: â€œFrom a historical standpoint, you can clearly see the foundation for Insomnaicâ€™s Ratchet & Clank series in each level. As a game, Spyro is a blast to control, and collecting gems is an oddly satisfying thing to do. Youâ€™ll watch the credits roll on each game before you know what hit youâ€

4/5 â€“ Windows Central: â€œOverall, Spyro Reignited Trilogy is an excellent remake of the originals. It’s a lot of fun to play and looks stunning. Unfortunately, the lack of a 60 FPS option, even on the Xbox One X, and the awkward camera controls in some levels detract from the experience. Despite these issues, the remake pays homage to some of the best platformers ever created, and it’s evident that developer Toys for Bob spent many years crafting this package. It’s a labor of love and that shines above all elseâ€