Itâ€™s the busiest time of year for the gaming industry, but you wouldnâ€™t know it by looking at this weekâ€™s chart. The top five remains unchanged, and thereâ€™s just one new arrival in the top 40. 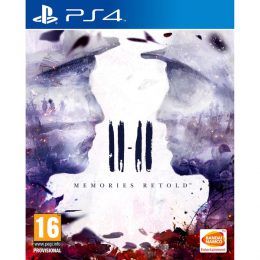 This means Red Dead Redemption 2 claims a third week at no.1, with the usual culprits trailing behind â€“ Black Ops 4, FIFA 19, Forza Horizon 4 and Marvelâ€™s Spider-Man, in that order.

During its second week of release LEGO Harry Potter Collection dropped one place, taking #9. LEGO DC Super-Villains isnâ€™t far behind, seeing us out at #10.

Carnival Games â€“ a reboot of the ridiculously popular Wii series â€“ is the aforementioned new arrival, debuting at #20. We have a feeling itâ€™ll be a slow but steady seller over the festive period.

Unfortunately, this means neither GRIP – the spiritual successor to Rollcage – or the Aardman Studios co-developed 11-11 Memories Retold managed to break the top 40. Both also failed to make appearances in the PS4 or Xbox One charts.