HomeBearStudios are currently wrapping up work on NAIRI: Tower of Shirin, a story-driven puzzle adventure for Switch and PC, featuring hand-drawn 2D visuals and a cast of curious critters.

It stars Nairi, a troubled upper-class girl whoâ€™s forced to abandon her luxurious way of living after discovering the titular Tower of Shirin â€“ a mysterious place with secrets and puzzles aplenty.

With just three weeks to go until the gameâ€™s launch, the developers kindly took time out of their undoubtedly busy schedule to take part in a mini Q&A session. 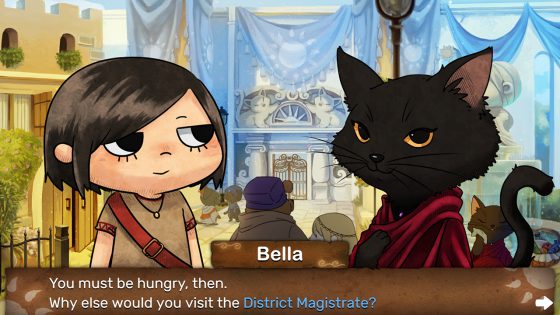 Games Asylum: Protagonist Nairi is forced to abandon her rich, sheltered life. What was the inspiration behind giving her this background?

HomeBearStudios: At first, we planned for Nairi to enter Shirin as a complete outsider, and discover the city that way, like the player would. But we eventually decided the current setup was more interesting with regards to Nairiâ€™s character development.

We didnâ€™t have any specific inspiration for this – we just wanted to put Nairi in a precarious situation where sheâ€™d be forced out of her comfort zone, adapt, and learn more about the world.

Did the characters exist on paper, or in your mind, before development began?

We took a month or two to really pin down the characters and world of NAIRI before we launched our Kickstarter and development process. So it wasnâ€™t something weâ€™d been itching to work on for years, but couldnâ€™t for some reason. We really started working on our ideas almost immediately.

The JoyCons allow for a large range of inputs. How did you take advantage of this?

The most unique input method we took advantage of is the gyroscope inside of each of the Joycon. Because NAIRI: Tower of Shirin is a point & click game, we thought some people might prefer pointing at the screen over using the analog stick. With motion controls, we could do that.

Then another unique feature would beâ€¦ you have two almost identical joycon â€“ why not allow for left-handed controls?

It appears Nairi brings a hint of â€˜visual novelâ€™ to the adventure genre. What were the inspirations here?

NAIRI: Tower of Shirin is very story heavy, so weâ€™ve always leaned very close to the visual novel genre as well the point & click genre. We didnâ€™t really have any specific games or genres in mind when we made these design decisions.

We needed a budget-friendly way of telling our story, displaying a visually appealing world and implementing puzzles, so we just picked elements from several genres that would work well together.

Do you think the popularity of the â€˜visual novelâ€™ is on the rise?

Iâ€™m not sure. I do think more people could be attracted to the genre with stronger variations of art styles and narratives. Most visual novels Iâ€™m aware of showcase art styles that to me seem only anime fans could warm up to.

There are plenty of people with the patience for a visual novel; they just need something they can relate to. 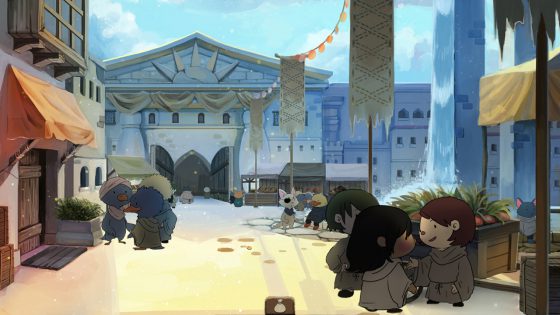 How long does it take to draw and animate each cut-scene?

Very, very long! A single cut-scene of 1-2 minutes can take up to four weeks for the artist to finish. Then I have to edit it and compose music for it, so thatâ€™s another week, maybe two.

We really have to be careful with planning cut-scenes for the most important parts of the game.

How do you set about designing a puzzle? There’s obviously a balance between not making them too easy, but also making sure players don’t get frustrated and give up.

Well, first off, I start trying to define an obvious long-term goal for the player, like: â€œescape this room.â€ If thatâ€™s done well, the player will start looking around for solutions immediately â€“ they wonâ€™t feel lost. The next step is to provide a logical solution that isnâ€™t immediately obvious. This is where the thinking happens.

This is also where itâ€™s very important to have good signposting to gently guide players towards that solution.

Finally, we have implemented a hint-system that shows a visual clue of what you need to do. Not quite as straightforward or condescending as text, but more direct than the signposting in the level design.

Have you encountered any unexpected, or peculiar, issues during the final stages of development?

The most interesting issues happened during QA testing. It was fun and surprising to see how people would interpret things in the level design differently than I expected!

There were quite a couple of changes made in the final stages of development to make specific elements more clear in the final product.

Nairi is set to launch on Switch and PC first, rather than on PS4 and Xbox One. How was this decision made?

The Switch has been a very popular platform as of late, of course, but we also expect the audience of the Switch to better align with our target audience for NAIRI: Tower of Shirin.

Finally, if you could work on any dormant Nintendo franchise, what would you pick?

Good questionâ€¦ I canâ€™t think of any dormant franchise that Iâ€™d love to work on. Metroid is one of my favorite franchises, but that one is starting to get a bit more attention again!

Also, itâ€™s a dream of the artist to work on an Animal Crossing-type gameâ€¦ 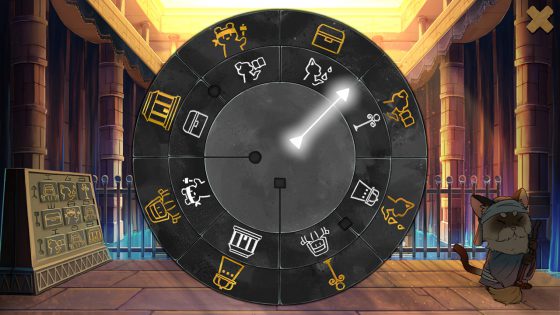 NAIRI: Tower of Shirin launches 28th November on both Switch and PC.