Data miners have apparently found traces of Diablo amiibo in Diablo III: Eternal Collection, which is all well and goodâ€¦but how does the game itself fare? The answer is that it holds up incredibly well for a six-year-old game, with review scores clocking in as high as 9/10.

Other big hitters for this week include Bandai Namcoâ€™s Taiko no Tatsujin: Drum’n’Fun! â€“ series that has proven popular with importers for many years â€“ and LEGO Harry Potter Collection. Theyâ€™re joined by Death Mark, a full price (Â£44.99!) visual novel that has reviewed well. 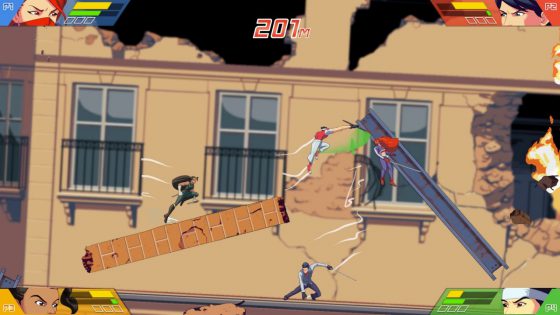 This week also sees SkyScrappers make the jump to Switch. We reviewed the PS4 version some time ago â€“ itâ€™s a fun and energetic brawler that entails fighting in front of a tumbling tower block, leaping off rubble as you go. As well as packing a new TATE mode, itâ€™s arriving at a low price of Â£7.99.

Weâ€™ve also spent a bit of time The MISSING: J.J. Macfield and the Island of Memories, a very literal Limbo alike â€“ the protagonist is able to pull their limbs off in order to solve physics-based puzzles. Itâ€™s polished and slick. Also: very odd.

Then we have Johnny Turbo’s Arcade: Heavy Burger. This isnâ€™t an arcade re-release, but rather a brand-new title. Remember that bit in Wreck It Ralph where one character â€˜went turboâ€™ and invaded other games? Thatâ€™s seemingly the influence here, as it starring Burger Timeâ€™s chef as they rampage through several other Data East classicsâ€¦including Side Pocket. Consider us intrigued. 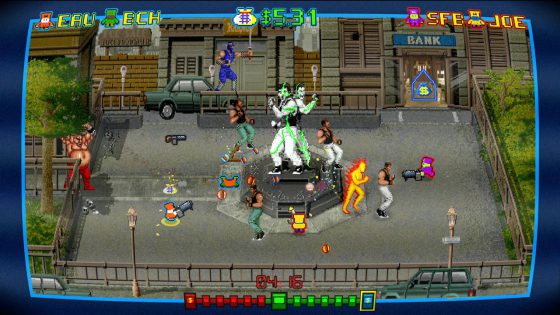 Thereâ€™s also Grim Fandango Remastered, sci-fi RPG indie daring Transistor, and the equally well-regarded Superbrothers: Sword & Sworcery EP to consider. That last one is certainly knocking on a bit â€“ we recall reviewing the iOS version way back in 2011. â€œWorthy of investigationâ€ was our verdict.

Hereâ€™s the weekâ€™s full eShop roster. Nothing for 3DS this week, it seems. 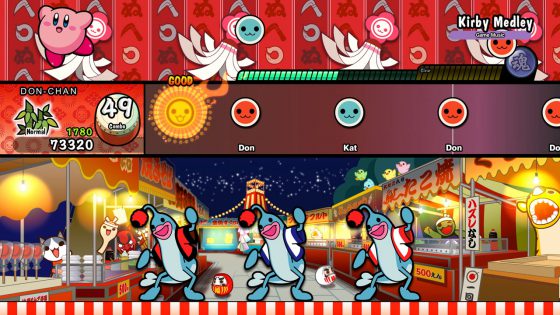 Taiko no Tatsujin: Drum’n’Fun! – Â£49.99
Enjoy the cult classic arcade rhythm game from Japan in the comfort of your own home! Use motion controls to enjoy drumming like never before! Play using Nintendo crossover characters such as Kirby and Splatoon 2â€™s Squid, and take advantage of new character support skills to assist in play

Diablo III: Eternal Collection – Â£49.99
Diablo III, the Reaper of Souls expansion, and the Rise of the Necromancer pack are all part of the Eternal Collection: seven classes, five acts, and seasonsâ€™ worth of demon-smashing. Discover pieces of The Legend of Zeldaâ€™s world in Sanctuary. The Eternal Collection on Nintendo Switch includes the Cucco companion pet, a Triforce portrait frame, and an exclusive transmogrification set that will let your heroes sport Ganondorf’s iconic armour. Youâ€™ll also receive unique cosmetic wings.

Grim Fandango Remastered – Â£11.49
Grim Fandango’s epic story of four years in the life (or death) of Manny Calavera, travel agent to the dead, has been remastered to look, sound, and control even better than when it won GameSpot’s Game of the Year award upon its original launch.

Luke & Rebecca – Â£TBC
Your goal is to find the diamonds hidden in each stage and escape. Use the various objects in a stage to locate the specified number of diamonds, then get out of there!

Transistor – Â£15.49
Transistor is a sci-fi themed action RPG that invites you to wield an extraordinary weapon of unknown origin as you fight through a stunning futuristic city. Transistor seamlessly integrates thoughtful strategic planning into a fast-paced action experience, melding responsive gameplay and rich atmospheric storytelling. Fight your way through the streets of Cloudbank, and piece together the Transistor’s mysteries as you pursue its former owners.

Gal Metal – Â£25.99
One night while on his way home from school, a high school boy is abducted by the Octoids, an extraterrestrial species bent on revenge. The boy’s soul is transplanted into a high school girl’s body in a sinister experiment. Now sharing a body, the duo must work together with her high school band, K.M.G. (Kichijoji Metal Girls) to defeat the aliens with their greatest weakness: metal!

OK K.O.! Letâ€™s Play Heroes – Â£17.99
In this story-driven adventure game meets action-packed cartoon brawler, level up your stats to unlock powerful new fight moves, collect the cards of all your favorite Plaza characters and then call them into battle to unleash off-the-wall attacks across tons of crazy quests.

Steven Universe: Save the Light – Â£22.49
Join the Crystal Gems on the ultimate quest! A mysterious new Gem has stolen a powerful weapon. Only Steven and his friends have what it takes to stop her. â€œSave the Lightâ€ is a unique RPG hybrid that combines real-time and turn-based combat.

Elemental Knights R – Â£17.45
Let’s start! Elemental Knights R! Make your own characters and start on a magnificent adventure with a beautiful fantasy world! You can dress up and adventure as you wish with your favorite Cosplay and skills! Even one person can play freely! There are also full-fledged features to customize the character freely with many classes and growing functions!

Speed Brawl – Â£17.99
Speed Brawl is a 2D combat-racer about moving fast and hitting hard! Maintain your momentum, build your combos, and unleash powerful special moves. Find your own fighting style, and assemble the finest team of brawlers ever seen. Then do it all again faster… faster… FASTER!!!

Kitty Love -Way to look for love- – Â£22.49
â€œI want to be a catâ€¦â€.
Odd-eyed black cat caught on this casual thought and was cursed to be a cat only at nightâ€¦
The fantasy-romance of human by day and cat by night!
This game has been recorded with the popular voice actors Soma Saito, Atsushi Tamaru, Hiroki Yasumoto, Tomoaki Maeno, and Takahiro Sakurai!
Enjoy the fully recorded voice throughout the story.

Knock-Knock – Â£6.29
Three generations of Lodgers have occupied the cabin, but lately, the walls seem to undulate, skittering unknowns shift in the darkness, and an unruly growl seeps from the attic. Are they hallucinations pecking at the insomnia-afflicted Lodger, or the gnarled remnants of a darker secret?

Death Mark – Â£44.99
A strange rumor is spreading through the shadows of Tokyo’s H City: a mysterious disfigurement, like a grotesque birthmark, has been appearing on the bodies of certain individuals. Anyone who receives the Mark will soon cease to exist of unknown, horrifying causes.

Deprived of your memories, you arrive at a mansion rumored to protect the bearers of the Mark. As the doors swing open, the countdown to your demise has already begun…

Superbrothers: Sword & Sworcery EP – Â£TBC
Superbrothers: Sword & Sworcery EP is an exploratory adventure with an emphasis on audiovisual style. Traverse a mythic little realm, use a sword to do battle and evoke â€˜sworceryâ€™ to solve mystical musical mysteries. Experience a videogame world that is affected by moon phases and help a wandering warrior monk complete her woeful errand.

Hidden Folks – Â£12.99
A strip of targets shows you what to look for. Click on a target for a hint, and find enough to unlock the next area.

Save me Mr Tako: Tasukete Tako-San – Â£11.50
Mr Tako will solve puzzles, explore mysterious dungeons and fight tenacious bosses on his mission to end the war between the undersea octopus kingdom and the terrestrial human world. Will you help this brave octopus to spread his message of tolerance and teach both species to coexist in peace and unity?

RISK: The Game of Global Domination – Â£16.00
Lead your troops to victory in this modern version of the classic RISK game with enhanced 3D visuals, custom rules and tactical gameplay. Play at home or on-the-go with up to four players or play solo with opponents online from around the world.

Trivial Pursuit Live! – Â£16.00
Experience the thrill of competing on a TV trivia game show at home, on-the-go and even online. Featuring original question formats and round types to challenge players from beginner to expert. For up to four players.

Marble It Up! – Â£17.99
Marble It Up! is the joyful, bouncing, beautiful game youâ€™ve been waiting for. Roll, jump, and master the marble physics to make your way through dozens of breathtaking levels!

Startide – Â£8.99
Startide is the new take on the arcade top-down shooter – play as an elite pilot driving the Interstellar Recon Mecha geared with a unique set of weapons and special abilities. Explore the uncharted corners of the galaxy, discover its story and test your skills in epic battles against the most feared space dreadnoughts.

Swap This! – Â£1.09
You may have matched colors before, but never like in Swap This! To master this puzzle game you need real skills, quick wits and tactical thinking. In no-time youâ€™ll orchestrate screen-clearing chain reactions and use super-charged power-ups. 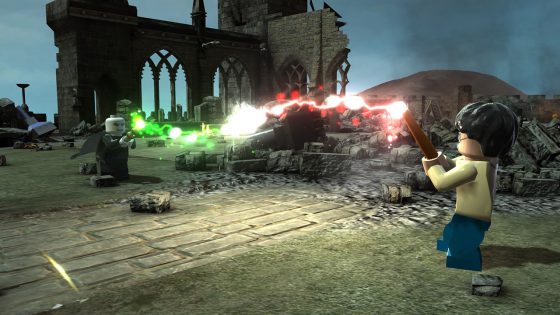