As proven in school playgrounds for countless generations, playing football is far more popular than pretending to be a cowboy.

Thatâ€™s to say, FIFA 19 remains the fastest selling game of 2018, prompting Red Dead Redemption 2 to settle for second place. This is certainly nothing to sniff it – it means Rockstarâ€™s magnum opus had a stronger launch than this yearâ€™s Call of Duty and Assassinâ€™s Creed. And of course, itâ€™s the UKâ€™s new number one. 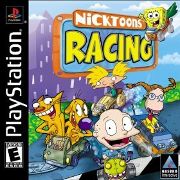 Sales were also double that of the 2010 original, reports GI.biz. Moreover, it has become the third-fastest selling non-FIFA game of this generation, sitting behind Call of Duty: WWII and Fallout 4.

Question is, will it be able to hold onto its accolades? November sees several big hitters, including Fallout 76 and Battlefield V, while Super Smash Bros Ultimate is due in December.

Curiously, or perhaps amusingly, Paw Patrol: On a Roll was the second highest new entry making #17. Nickelodeon Kart Racers put in a reasonable showing too, in at #21.

The well-received anime tie-in My Heroâ€™s One Justice took #23 while Just Dance 2019 â€“ which graces six different formats â€“ jived in at #24.

It managed to chart highly in the Xbox 360, Wii and Wii U individual format charts – and also took #16 in the Switch chart – but it failed to make an impact on PS4 and Xbox One.

Forza Horizon 4 rose to #4, AC Odyssey fell two places to #5, while Marvelâ€™s Spider-Man is at #6. Fellow superhero title LEGO DC Super-Villains dropped to #7 during its second week of release.

The TV promoted Super Mario Party remains in the top ten at #8, Shadow of the Tomb Raider climbed to #9, and finally at #10 itâ€™s good old Crash Bandicoot.

Elsewhere there were a couple of movers and shakers. Forza Motorsport 7 moved up from #27 to #11 thanks to hardware bundling, while Soulcalibur VI fell all the way from #8 to #25. It seems the soul no longer burns.