Worth the wait? Nintendo Lifeâ€™s 9/10 would suggest so. â€œWhile itâ€™s no less forgiving – and its menus are a little fiddly – this slick Nintendo Switch iteration offers the only way to experience Lordranâ€™s ultra-challenging odyssey in true handheld form,â€ they said.

Backing this up, we have IGNâ€™s 9.5. â€œWhile the Switch version may lack some of the higher-end features available on other platforms, it still presents a more pristine version of the original, and importantly adds the exciting and absorbing dimension to explore Lordran on a portable device,â€ was their verdict. 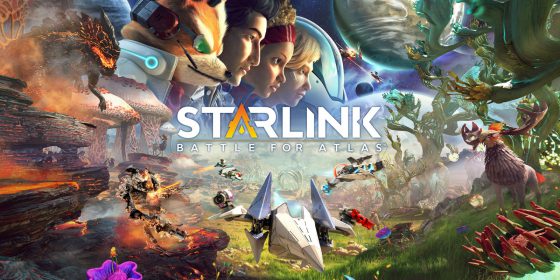 Anther Souls-alike also hits the Switch this week, in the form of SINNER: Sacrifice for Redemption. This boss-rush style adventure has a unique feature â€“ itâ€™s about levelling down, rather than levelling up. Despite much promise, review scores are wildly mixed so far â€“ everything from The Xbox Hubâ€™s 8/10 to The Daily Dotâ€™s 1.5/5. Ouch!

A swarm of other big-name releases either are out now or due tomorrow (Friday). These include the NBA Jam inspired NBA 2K Playgrounds 2, SEGAâ€™s sensibly priced (Â£15.99) HD re-release of Valkyria Chronicles, the Elite Dangerous/No Manâ€™s Sky hybrid Starlink â€“ which features Fox McCloud exclusively on Switch â€“ and LEGO DC Super-Villains, which aims to prove itâ€™s good to be bad. 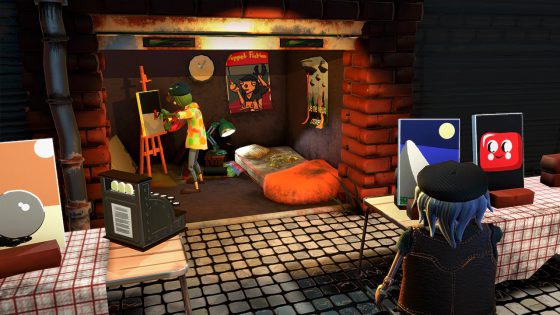 Going back to indie titles, thereâ€™s The Room â€“ a highly acclaimed puzzler, which garnered several awards on mobile and PC â€“ and Pizza Titan Ultra, which we described as a combination of Crazy Taxi and Blast Corps in our review.

They’re joined by Passpartout: The Starving Artist â€“ an enticing curio that entails living the life of a starving artist, creating and selling paintings to fund an expensive baguette addition. Colour us intrigued.

The 3DS also gets its big winter release this Friday â€“ a remaster of the GameCube launch title Luigiâ€™s Mansion. Donâ€™t let the fact that itâ€™s 17 years old put you off, as it remains a joy. Digital Foundry’s exposÃ© is well worth a read.

Hereâ€™s the full line-up of new titles, along with discounts and pre-orders.

Dark Souls: Remastered – Â£34.99
Take up the mantle of the Chosen Undead and undertake a pilgrimage to Lordran, a land tainted by a terrible curse. Master Dark Soulsâ€™ intricate combat as you battle against Hollows, demons and all manner of monsters in your quest to ring the Bells of Awakening and discover what caused the realm to fall to ruin.

LEGO DC Super-Villains – Â£49.99
Embark on an all-new DC/LEGOÂ® adventure by becoming the best villain the universe has seen. Players will create and play as an all-new super-villain throughout the game, unleashing mischievous antics and wreaking havoc in an action-packed story.

Valkyria Chronicles – Â£15.99
In the world of Valkyria Chronicles, the year is 1935 E.C., and the continent of Europa has been plunged into the Second Europan War between the Autocratic East Europan Imperial Alliance — also known as The Empire — and the Atlantic Federation over the precious resource Ragnite. The Empire is sweeping through the continent like an unchecked wildfire and has its eyes set on the rich Ragnite deposits of the Principality of Gallia. Although peaceful Gallia remains neutral in the conflict, its citizens will need to defend home and country against the inevitable invasion. Follow Lieutenant Welkin Gunther and the vaunted Squad 7 of the Gallian Militia as they take on the seemingly insurmountable forces of the Empire.

NBA 2K Playgrounds 2 – Â£24.99
NBA arcade action is back with NBA 2K Playgrounds 2! The sequel to the original smash hit takes street balling to the next level with a massive roster of current and retired NBA players, improved online matchmaking with dedicated servers, four-player online matches, three-point contests, new playgrounds, custom matches, and more! Pick your team, get ready to jam, and Ball Without Limits!

Exorder – Â£9.19
A fantasy turn-based strategy game, fight for Cerulean and claim the crown as her rightful heir! Enjoy hours of our single-player campaign and battle your friends with cross-platform multiplayer. Expand your skills as a commander with the challenge mode.

Momonga Pinball Adventures – Â£5.39
Momonga is a pinball game where you bounce through different worlds. On the way, you team up with friends to defeat enemies and conquer boss fights.

Pizza Titan Ultra – Â£8.99
Pizza Titan Ultra is a fast paced 3rd-person action platformer focused on fighting and smashing through a futuristic city, in a giant mech, to deliver pizza. Experience arcadey action with speedy attacking and dodging, while attempting to control the massive weight of a 10-story mobile pizzeria – just try not to make too much of a mess!

The Legend of Evil – Â£4.99
With two main modes, enjoy countless hours exploring, destroying and corrupting the world of humanity in this strategic tower offence!

Tied Together – Â£11.99
One fine day a bunch of scientists created four tiny monsters. But for what? To test their cooperation skills of course! So they tied them together to a tiny monstrous chain and let them make their way through colourful, tricky, cooperative experimental set-ups that only scientists can think up.

Zarvot – Â£19.99
This is a game of cubes. Tiny, adorable cubes with hopes, dreams, unrequited lovesâ€¦ and unlimited destructive power.

WILL: A Wonderful World – Â£13.69
WILL: A Wonderful World features a fantastical tale and cast. A quiet nerd stuck in a hopeless, one-sided crush. An impoverished artist whoâ€™s lost all hope and contemplates suicide. A rookie police officer who burns with justice and hopes for his first big case. A young woman desperately chasing her dream against all odds. Even a stray cat who would be satisfied with some dried fish to eat! You must guide their fates, find the links between the storylines and find the best path for all of those in need.

Season Match HD – Â£8.99
Season Match represents a mix of a genuinely-designed collapse arcade and intriguing quest. To complete each level you will have to choose a group of at least three equal precious stones and tap on one of them. The bigger the group the higher score you gain. The levels contain magic artifacts, which get activated upon your tap on the adjacent group of stones. The player can also use magic tools to remove rows or pieces. The time limit in Season Match is optional, therefore, either you are eager to relax or willing to try your speed and accuracy. Save the magic kingdom and have loads of fun with Season Match!

Passpartout: The Starving Artist – Â£8.99
Experience the life of a starving artist! Passpartout puts you into the shoes of a French artist trying to navigate the beautifully confusing art scene. Paint and sell your own art to survive your expensive wine and baguette addiction.

Color Zen Kids – Â£3.49
For your own Zen masters in training, Color Zen Kids is a fun new twist on the critically acclaimed puzzle game. With simpler puzzles, larger shapes, and a kid-friendly animal theme, it’s a game they won’t want to put down. Now everyone in the family can find their way, with Color Zen Kids!

BLACK BIRD – Â£14.99
A darkly humourous world, built with loving care, pixel by pixel. Visuals which recall a classic era of gaming portray a rich, picture book world. Completing each stage will reveal more of the mysteries which shroud the dark, fairytale-like exterior.

Syberia 3 – Â£44.99
Kate Walker is found dying on the banks of a river by the Youkol tribe, a nomadic people accompanying their migrating snow ostriches. Together, stuck and imprisoned in the town of Valsembor, they must find a way to continue their journey in a race against their enemies and unexpected obstacles. Not to mention Kate’s past, which catches up with her…

The Room – Â£6.99
Following a trail of mysterious letters, you find yourself entangled in a journey shrouded with secrets and deception. Trapped in The Room with only an elaborate puzzle box, you must delve into the unknown using only your wits to unlock the answers you desperately seek.

Rapala Fishing Pro Series – Â£29.99
Welcome to Rapala Fishing Pro Series! Rapala is looking to sponsor the next great angler to be part of their Pro Series team, do you have what it takes? Compete in world-class tournaments and daily challenges all to improve your skills by earning bonus money to climb the ranks and become a professional angler for the #1 fishing brand in the world. Build your reputation, gain sponsors, battle for awards and trophies as you try to catch the top 17-species of fish from Large Mouth Bass to Northern Pike in some of the most iconic fishing locations in North America.

Big Buck Hunter Arcade – Â£29.99
The #1 Hunting Arcade Game in the world is now available for your console. Big Buck Hunter will bring the arcade experience to your living room with this fast paced arcade shooter! The all new control and aim mechanics will make this a must pick up and play arcade shooter experience. 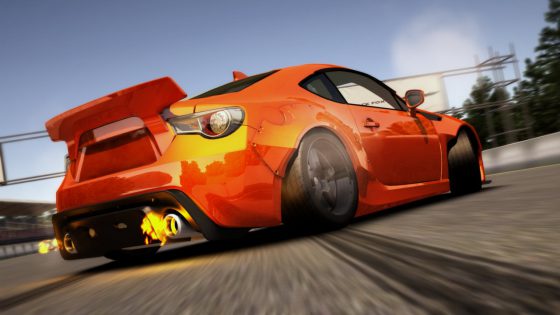