Letâ€™s not beat around the bush – Boom Ball: Boost Edition is Arkanoid in 3D.

How much can you do with 3D Arkanoid? It’s nicely presented. There are sixty levels, grouped into themed sets like a harbour, penguins and farms. The graphics recall PopCapâ€™s classics – cute, colourful and tactile. The music reminds me of being stuck in a lift. There are time goals and medals to unlock. It’s Arkanoid in 3D!

You can play using touch or use the Joy-Cons like a set of table tennis paddles, rebounding balls with motion control. Playing using touch is functional but feels lifeless and flat. I was flicking and swiping, watching blocks disappear, but I wasn’t really having fun. 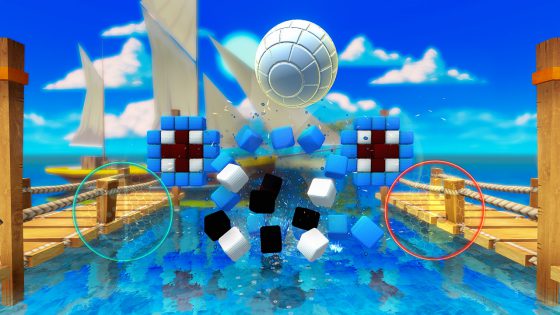 Things spring into life with Joy-Con control. The physical movement makes you feel more connected to the experience. We wish you had to jump around a bit, however. A simple flick of the wrist will move one of your two paddles across the screen. We miss the days of sweaty Kinect workouts.

So, would I recommend this game? Well, what if I was to say that playing Boom Ball: Boost Edition ultimately lead to an unmatched gaming experience. Allow me to explain.

My wife isnâ€™t into gaming. She didn’t grow up with a computer or with a console, and she struggles to use dual analogues. Gaming can be quite a solitary thing to do, so I’ve attempted to introduce couch multiplayer games into our lives. Some attempts have been successful – Puyo Puyo Tetris has taken up tens of hours of our time together. Others have been a disaster. Worms’ movement was too esoteric. Overcooked was too stressful. Snipperclips almost ended in divorce. 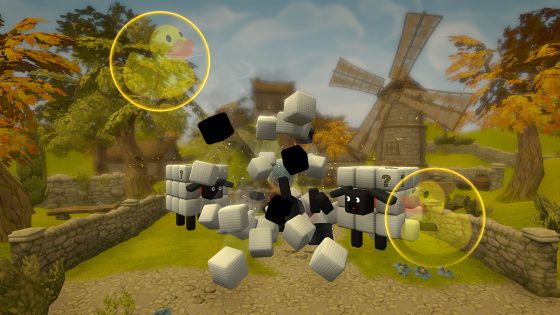 Boom Ball: Boost Edition has a multiplayer mode that assigns one Joy-Con to a player. You move the Joy-Con; the paddle moves. It’s a premise as simple as possible. My wife and I had a lot of fun playing together, and when I went to turn the game off my wife sounded the legendary call of the gamer: â€œOne more game?â€