While Xbox One and PS4 owners get busy with Call of Duty: Black Ops IIII (and continue to flood our Twitter feed with images of Zeusâ€™ dong) Switch owners have a slew of time-consuming gems to crack on with. Pull the curtains, grab a hot drink, and get ready to be glued to your Switch.

Firstly, there are two remastered JRPGs to consider â€“ Square-Enix’s anticipated The World Ends With You -Final Remix- and the slightly more strategic Disgaea 1 Complete. Both seem to be going down well, although some critics couldnâ€™t get on with TWEWYâ€™s newfangled controls. Thankfully theyâ€™re optional. 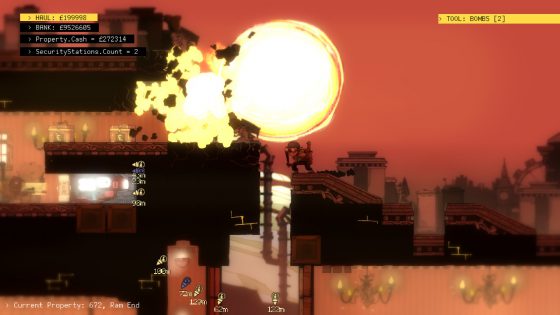 Then we have not one, not two, but three management games from Kairosoft – Dungeon Village, Game Dev Story, and the luxury resort sim Hot Springs Story. If youâ€™ve never played these before then youâ€™re in for a treat as all three are ample timewasters.

2D stealth adventures Mark of the Ninja: Remastered and The Swindle are also worthy of your time, as is the Mexican Metroidvania Guacamelee! Super Turbo Championship Edition. Its arrival presumably means the sequel isnâ€™t far off. 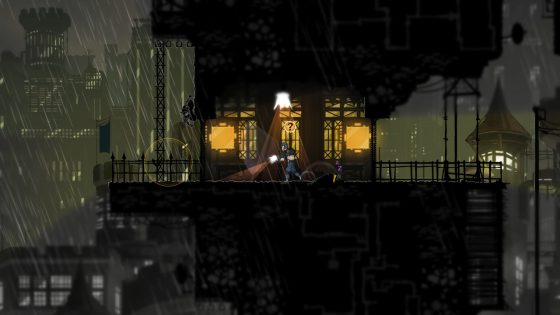 Hereâ€™s the full rundown of new arrivals, along with price drops and pre-orders:

The World Ends With You -Final Remix- – Â£39.99
Neku, a too-cool teen with an eye for graffiti, finds out via a message on his phone that heâ€™ll be erased in seven days if he canâ€™t complete a series of twisted tasks. Joined by a mysterious girl named Shiki, Neku must journey into the unknown, uncover the dark truth behind his situation, and defeat a shadowy group known as the Reapers.

Tricky Towers – Â£13.49
With your brilliant robe and magic powers,
itâ€™s time to build some Tricky Towers!
Stack your bricks in this land of fable,
whose marvelous tower will be the most stable?
Cast magic to support your construction,
and fend off dark spells to avoid destruction.
Battle your friends and rise to fame,
in this frantic physics party game.

The Swindle – Â£14.99
London, 1849. Scotland Yard will soon activate its breakthrough surveillance technology, ‘The Devil’s Basilisk’. Its surveillance capabilities will be total, and your career as a master thief will be over. Steal it, before that can happen.

Goosebumps The Game – Â£29.99
Youâ€™ll need to use your wits to investigate the surroundings, puzzle out clues, and outsmart the monsters before itâ€™s too late! Survive a trek through your neighborhood, unravel the mysteries of the Dead House, and sneak through the mall after hours; only then can you confront Slappy and stop his plans for revenge!

Mark of the Ninja: Remastered – Â£17.99
In Mark of the Ninja Remastered, you’ll know what it is to truly be a ninja. You must be silent, agile and clever to outwit your opponents in a world of gorgeous scenery and flowing animation. Marked with cursed tattoos giving you heightened senses, every situation presents you with options.

Bombing Busters – Â£6.29
Bomb oodles of nasty critters in a series of 30 wicked mazes! Defeat hellish bosses in heroic fights! Embark on a hilarious journey with the witty Dr. Wallow to conquer the galaxy in this explosively fun arcade game!

Disgaea 1 Complete – Â£44.99
To celebrate the 15th Anniversary of the Disgaea series, the original game that started it all returns for modern consoles in HD. Relive the expanded adventures of Laharl, Etna, and Flonne in Disgaea 1 Complete!

Child of Light Ultimate Edition – Â£16.00
Join Aurora on her journey to save her ailing father and a lost kingdom in the magical world of Lemuria â€“ along the way she’ll discover that her destiny may be far greater than she dreamed.

Shift Happens – Â£13.49
The two jello jelly creatures Bismo and Plom got connected in a tragic yet funny accident and thus can exchange their size and abilities at will.

ACA NEOGEO 3 COUNT BOUT – Â£6.29
â€œ3 COUNT BOUTâ€ is a pro-wrestling game released by SNK in 1993. Aim to become the world’s strongest wrestler, and take the champion’s throne for yourself! Chock full of the elements of pro-wrestling, including strike exchanges and aerial assaults.

Battle Group 2 – Â£6.39
A deadly new group has emerged. The Talon seeks vengeance for an unknown crime, commanding seemingly unlimited resources and striking with precision, efficiency, and savage force. They take no prisoners…but neither do we!

Chasm – Â£15.99
Thrilled to prove your worth as a knight, you track strange rumours that a mine vital to the Kingdom has been shut down. But what you discover in the mining town is worse than you imagined: The townspeople have disappeared.

Dungeon Village – Â£8.99
Welcome to an epic RPG world in which the town you build can grow from humble hamlet into a mecca for the land’s most ambitious adventurers!

Feral Fury – Â£5.94
Long after humankind perished in the flames of the oil wars, the great panda empire is expanding throughout the galaxy as the new dominant power. With the old world in ashes and an endless need for bamboo, entire planets are turned into plantations, and the flames of war are lit once again.

Game Dev Story – Â£8.99
Manage your own game company and try to create a million-selling game. Features the ability to develop your company’s own game console, plus a system for changing your staff members’ professions. Your staff members can have a variety of game-related professions, from programmer to sound engineer.

Hot Springs Story – Â£8.99
Build your own resort and propel it to success with but a touch of the finger in this one-of-a-kind simulation! Rooms, restaurants, arcades, and baths â€“ position each facility to lull your guests into hot spring Nirvana and skyrocket your establishment to fame!

Iris School of Wizardry -Vinculum Hearts- – Â£22.49
In this game, you will attend a school full of talented and wealthy people in which romance and magic play a central role…

Joggernauts – Â£13.49
In this funny cooperative game, you will learn a lot about team play while solving mind-bending puzzles! 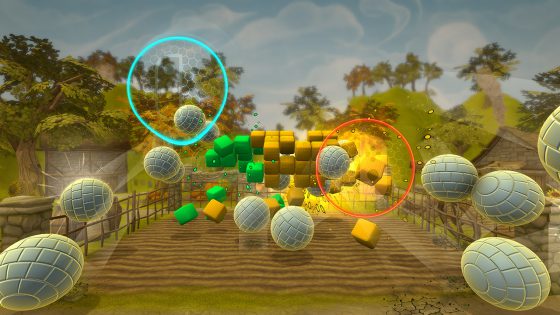